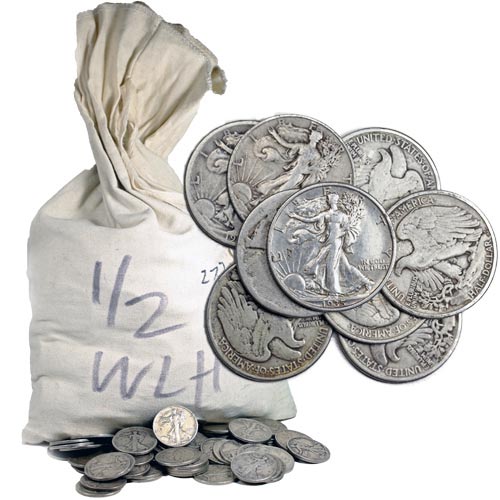 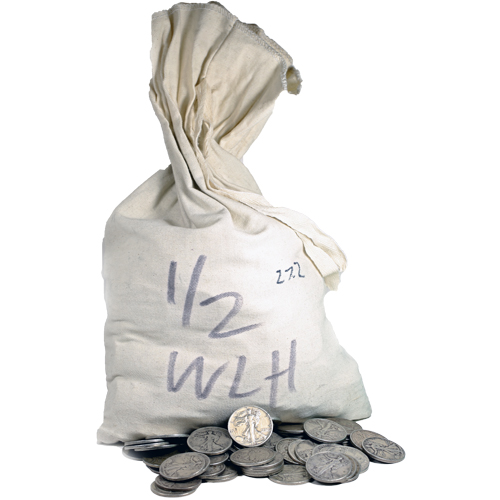 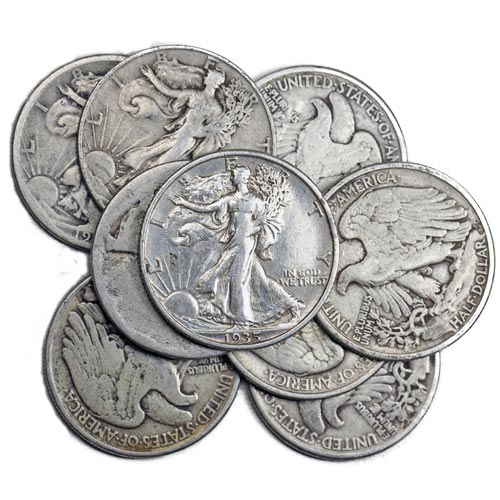 Any quantity available for $7.99 per oz over spot!
Add to WishlistLog In to add this product to your Wishlist
Free Shipping on $199+ Orders

For those investors, and even collectors, not interested in paying the higher premiums associated with premium bullion and proof coinage bearing iconic imagery, it is still possible to get involved in precious metal investing and collecting. 90% Silver coins from previous circulation in the United States are an excellent, affordable option. Today, 90% Silver Coins are available to purchase online from JM Bullion.

US circulation coinage previously featured a metal content of .900, or 90%, pure silver. Beginning in 1964, the US moved away from pure silver in its circulation currency to use metallic alloys instead consisting of copper and nickel, which was more affordable to produce and also more likely to handle the wear and tear of circulation for a longer period of time.

Examples of possible 90% Silver Coins with an individual face value of $.50 include the Walking Liberty Half Dollar, Franklin Half Dollar, and the first-year issue of the Kennedy Half Dollar.

The Walking Liberty Half Dollar was created in 1916 by Adolph A. Weinman. It featured the image of Liberty walking toward the setting sun with oak and laurel branches in her left hand and the American flag draped around her shoulders. It indicated the nation’s march toward a brighter future.

Other 90% Silver Coins include the Franklin Half Dollar coin which included a profile portrait of Founding Father Benjamin Franklin, as well as the Liberty Bell and heraldic eagle of the United States. The 1964 Kennedy Half Dollar Coins was the last US Half Dollar to feature 90% silver content.

In this product listing from JM Bullion you can purchase a canvas bag containing a total of 1,000 US 50-cent pieces, for a total face value of $500 (USD) that is fully backed by the government of the United States. These coins have varying conditions because they were previously in circulation, and are much more affordable than other silver coins with .999 silver content or greater.

Please don’t hesitate to reach out to JM Bullion with any questions. You can contact our customer service team on the phone at 800-276-6508, or reach out to us online through our live web chat and email features.