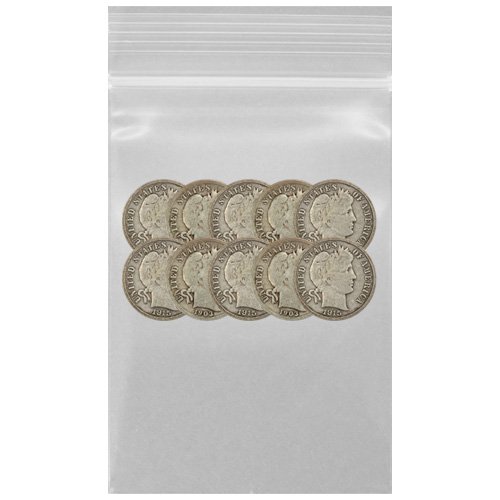 The US dime issued in the Barber Coinage was the only piece of the three to feature a unique reverse. While all three coins, dime, quarter, and half dollar, shared an obverse design, the smaller surface area of the reverse required a different design that suited the smaller space. Now, 90% Silver Barber Dimes are available to purchase online from JM Bullion in $1 lots with Very Good+ coins.

The Barber Coinage was more than two decades in the making, at least in terms of public sentiment toward American coin designs. Both artists and the public at large, not to mention public officials, disliked the appearance of most of America’s circulating coin designs in the latter half of the 19th century.

By the time the Morgan Silver Dollar debuted in 1878, the American public was tired of the lack of creativity and uniqueness in American coin designs. After more disastrous redesigns in the 1880s, Charles E. Barber took on the task of redesign the dime, quarter, and half dollar in 1892. The images he created went on to become known as the Barber Coinage. In the end, however, his designs did little to appease the attitudes of those who disliked American coin designs.

Obverse imagery on the 90% Silver Barber Dimes includes a right-profile bust of Liberty. This same bust was used on the quarter and half dollar of the age, with Liberty wearing a crown wreath and a cap holding her hair in a bun. On the dime, the nation of issue and date mark are included on this face.

Reverse designs for the 90% Silver Barber Dimes feature the denomination of the coin. The words “One Dime” are inscribed on the reverse inside of a wreath. The quarter and dollar in this series used the heraldic eagle.

These 90% Silver Barber Dimes are available to you as Very Good+ specimens. A Very Good coin has medium to heavy wear with some details still visible. The inclusion of the “plus” indicates the coins are on the higher end of those considered Very Good. Your coins are packaged together in plastic bags with 10 coins in total for a face value of $1 (USD). The coins are most likely to come with various different dates between 1892 and 1916, but could have all the same date marks.

JM Bullion customer service is available to assist you at 800-276-6508. We are also available on the web using our live chat and email address features.