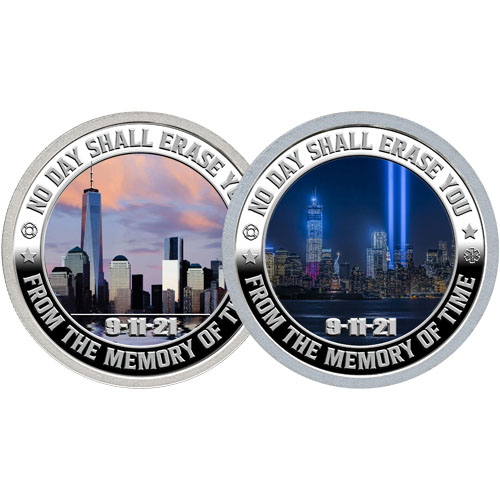 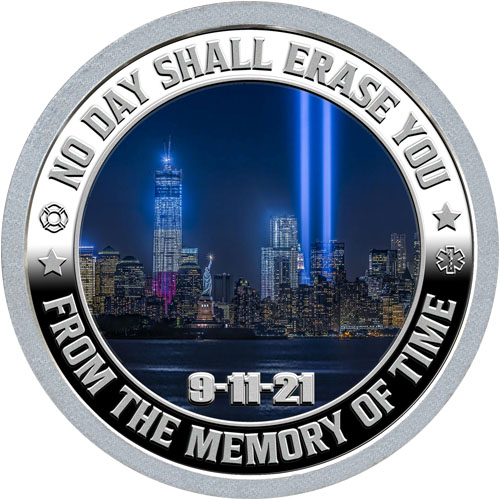 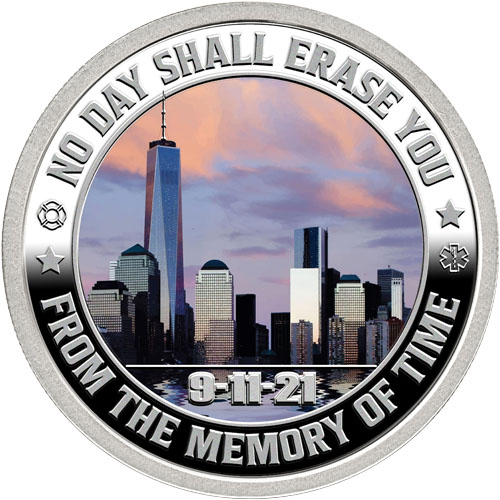 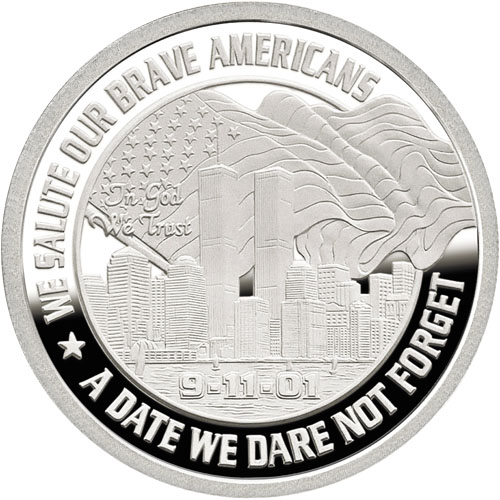 2021 brings with it a solemn occasion for Americans. This year marks the 20th anniversary of the terror attacks in New York City, Pennsylvania, and Washington D.C. from September 11, 2001. Mints are marking this solemn moment with the release of commemorative silver bullion. From the North American Mint, the Dawn-to-Dusk 2-Round Set is a truly spectacular option. Today, 9/11 20th Anniversary Dawn to Dusk Silver 2-Round Sets are available to you online from JM Bullion.

The events of 9/11 have proven to be the most impactful on American life in a generation. Not since the Japanese attack on Pearl Harbor in December 1941 has America been jolted into action so violently and so drastically changed its direction. In the aftermath of the 9/11 terror attacks, the nation enjoyed a period of unprecedented solidarity and one of the largest military buildups in the country’s history.

All of the 9/11 20th Anniversary Dawn to Dusk Silver Rounds in this 2-Round Set come with beautiful obverse designs. Both reverse fields have colorized visuals, with the Dusk Round depicting the skyline of New York City in the days just after the attack on 9/11. On the Dawn Round, the sun just begins to rise on a new day in New York City as the skyline looks today with September 11, 2021 approaching. Each round is available to you with an individual Air-Tite capsule and a numbered Certificate of Authenticity is available.

On the obverse of the rounds in the 9/11 20th Anniversary Dawn to Dusk Silver 2-Round Sets, you will find two different designs. The Dawn Round comes with a colorized image of the New York City skyline in 2021 with the new One World Trade Center Tower, originally known as the Freedom Tower, reaching up to the bright colors of a new day. The Dusk Round features the colorized artwork capturing New York City in the aftermath of 9/11. The Empire State Building is light up with red, white, and blue colors to spur on American pride, while massive light beams shoot toward the sky from the site where the Twin Towers once stood.

The reverse side of 9/11 20th Anniversary Dawn to Dusk Silver 2-Round Sets comes with a common design element. The American flag blows in the breeze behind the Twin Towers with a few of the New York City skyline as it appeared in 2001.

Please contact JM Bullion with any questions. Our team can assist you on the phone at 800-276-6508, chat with you live online, or respond via email.