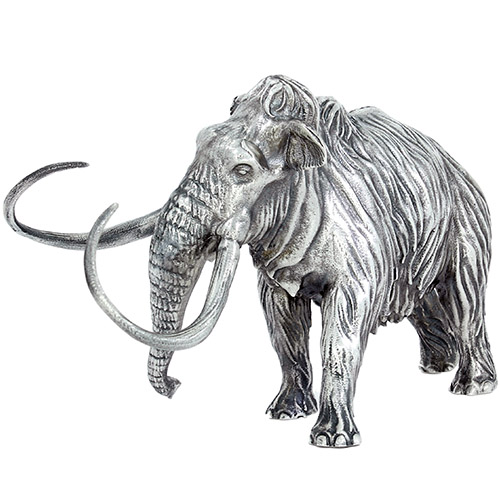 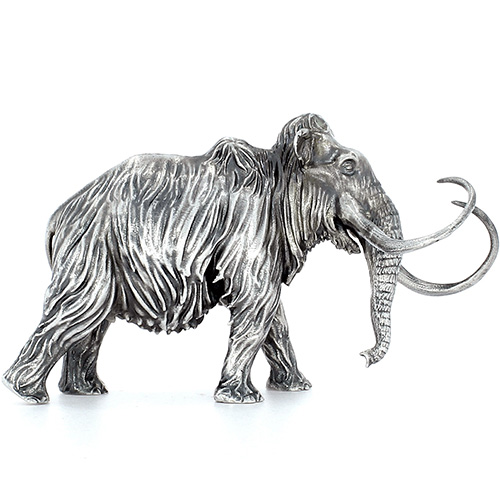 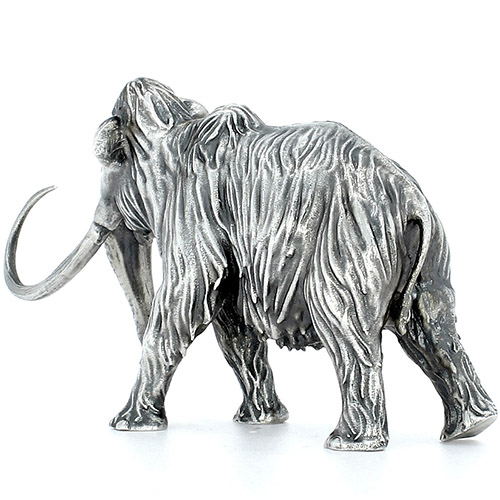 Of all the creatures from the prehistoric era of life on Earth, only one has a living relative that still roams the planet today in a form closely related to the original. The Woolly Mammoth was a massive, hairy elephant with enormous tusks that differed little from the modern-day Asian elephant. Today, the 8 oz Antique Finish Woolly Mammoth Silver Statue is available to you online from JM Bullion.

The Lost World Collection from Silver Statues grows to four with the introduction of the all-new 8 oz Antique Finish Woolly Mammoth Silver Statue. This collection, some 65 million years in the making, features prehistoric beasts that no modern human being has ever laid eyes upon. What started with the T-Rex, has grown to include Triceratops, Stegosaurus, and now Woolly Mammoth statues.

Your 8 oz Antique Finish Woolly Mammoth Silver Statue ships inside of a protective box to ensure the quality of your product upon delivery, and includes an individually numbered Certificate of Authenticity from Silver Statues. Each statue has its own unique serial number laser-etched onto that corresponds to the number on the COA.

The Woolly Mammoth depicted in these statues comes from a species of mammoth that existed during the Pleistocene epoch and was the last in a line of mammoth species that lived during that era which stretched back to the early Pliocene. Woolly Mammoths are related to the steppe mammoth, but diverged as a unique subspecies in East Asia beginning 400,000 years ago.

Each 8 oz Antique Finish Woolly Mammoth Silver Statue depicts the beast as it was in its day. Woolly Mammoths featured a body covered in fur that consisted of an outer covering of long guard hairs and a shorter undercoat. They had long tusks, but short tails and ears to minimize heat loss in their frigid environments. Believe it or not, isolated populations of the Woolly Mammoth actually lived until roughly 5,600 years ago on St. Paul Island in Alaska and until 4,000 years ago on Wrangel Island in the Arctic Ocean.

Silver Statues is a private company that specializes in the production of collectible silver products. Its Lost World Collection features statues with a proprietary antique polish that provides the perfect age and patina for these silver collectibles.

Please feel free to reach out to JM Bullion at 800-276-6508 with questions. You can also reach us online using our live chat and email address.