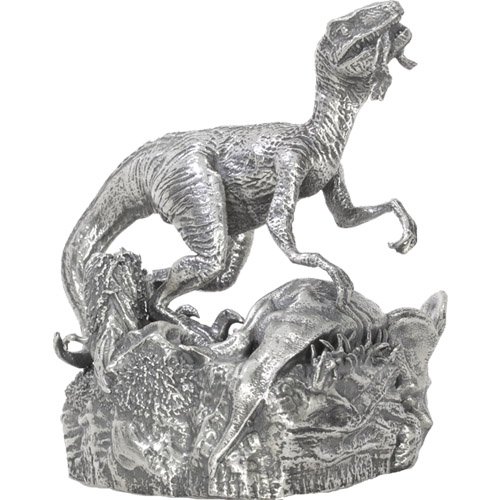 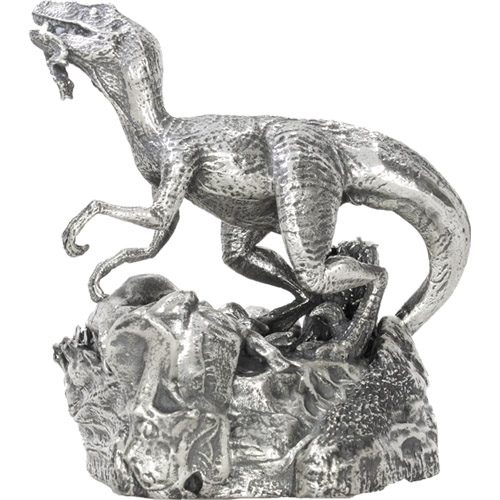 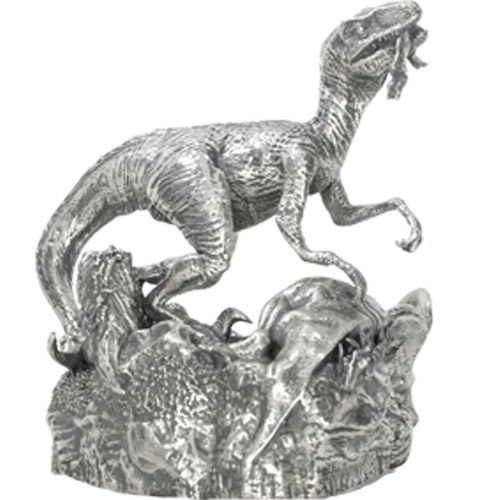 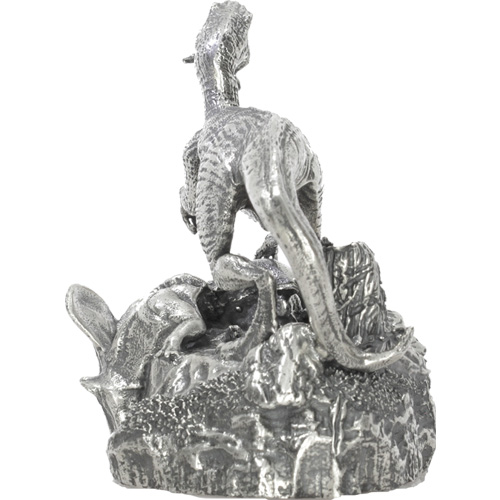 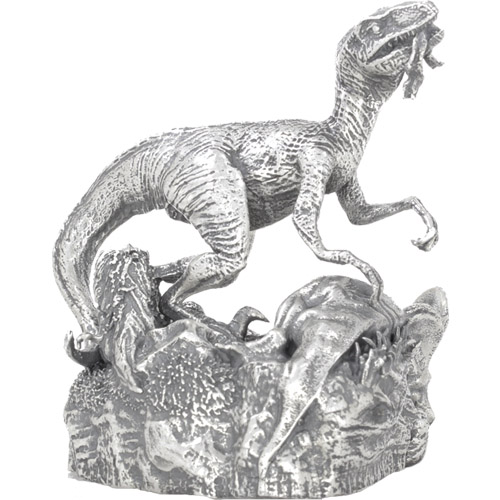 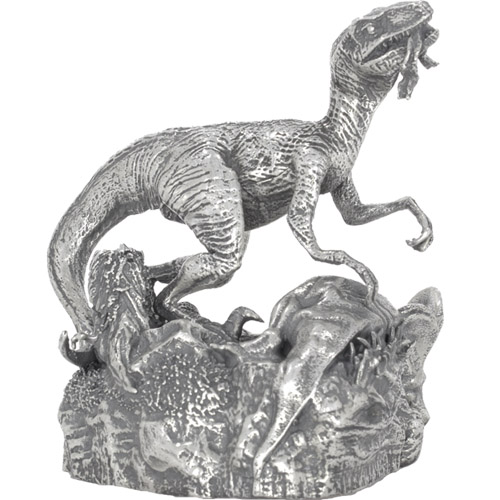 The Lost World collection of silver for sale from Heads or Tales Coins & Collectibles features antique silver statues in the forms of some of the prehistoric world’s most fearsome predators. While larger figures have featured in the initial releases, some of the smaller predators are depicted in the latest two releases. Among those, the velociraptor is featured. Now, 8 oz Antique Finish Velociraptor Silver Statues are available to you for purchase online from JM Bullion.

The velociraptor was one of the prehistoric world’s most efficient kills. Small and fast, the name of the velociraptor in Latin literally translates to swift seizer. The beasts ran on two legs and were capable of extreme stealth when stalking prey, using their speed to quickly catch up to and overwhelm the target.

Velociraptors come from a genus of theropods that lived between 75 and 71 million years ago in the latter stages of the Cretaceous Period. Currently, there are two recognized species of the velociraptor. The first was discovered in Mongolia, while the latter was named from skull materials discovered in Inner Mongolia, China.

The 8 oz Antique Finish Velociraptor Silver Statue recreates the visual of a velociraptor taking down its prey. The raptor appears to have taken down a small triceratops and even has a piece of flesh dangling from its mouth as it dines on its successful hunt. The velociraptor had the potential of reaching speeds of 24 MPH while chasing down prey.

These 8 oz Antique Finish Velociraptor Silver Statues are available to you in brand-new condition. The statues join other releases from the Lost World Collection at Hotco, such as the Tyrannosaurus Rex and Triceratops, many of which have already sold out. Each statue will ship in a cardboard box with protective packaging materials to secure the statue for shipping. You will also receive a numbered Certificate of Authenticity with your purchase.

JM Bullion customer service is available to assist you with questions at 800-276-6508. We are also available on the web using our live chat and email address features.