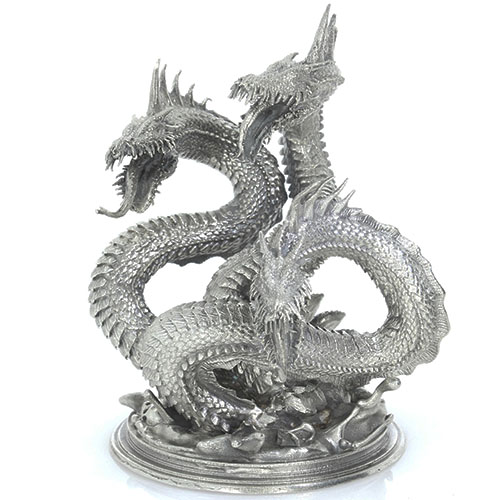 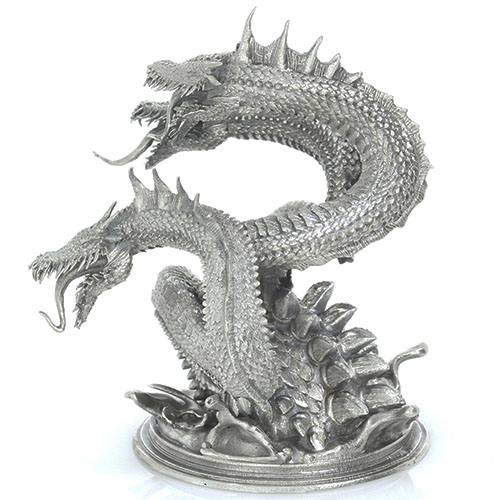 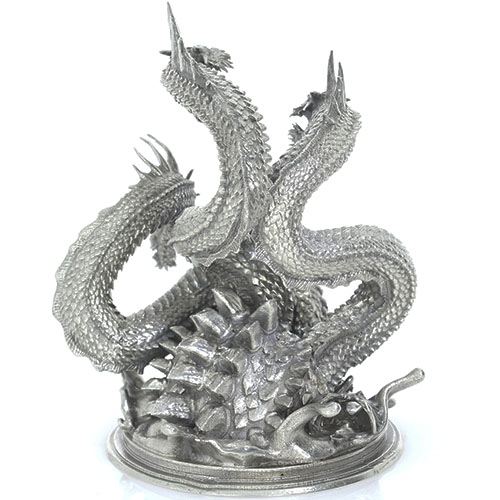 Many of the mythical creatures of the ancient world were creations of human imagination, more than a reality of the world. Unable to explain certain phenomena or properly classify animal species, ancient civilizations let their minds run wild with possible beasts tormenting them on land and sea. The 8 oz Antique Finish Hydra Silver Statue is one example of these beasts and is now available to you for purchase online from JM Bullion.

Many of the beautiful silver statues created by Heads or Tails Coin Company are designed by Cosmin Morar. One of the most active artists with HotCo, Morar is both a sculptor and CG/3D character artist as well. He holds a Master’s Degree in Sculpture from the University of Unate Bucharest.

The Hydra is a mythical beast from the ancient Greek and Roman cultures. Stories involving the hydra vary by source and across Roman and Greek mythology. Some sources say the hydra possessed three or four heads, but there is no consensus on the exact number of heads. Later stories of the hydra state that the beast had a regenerative capability, stating that for every head cut off more would grow in its place.

Each 8 oz Antique Finish Hydra Silver Statue from HotCo depicts a three-headed sea serpent. This depiction of the hydra is based upon common visions of the mythical sea creature, which is said to have guarded the entrance to the Underworld, which was located inside of the hydra’s lair in the lake known as Lerna.

For each statue in this collection, HotCo uses a brilliant antique finish polish that is proprietary to its designs and products. The Heads or Tails Coin Company antique polish brings an ancient feel to each piece, while also calling the eye’s attention to the finer details of each statue.

Heads or Tails Coin Company is a private company that specializes in the production of antique finish products. While it also strikes rounds, many of its most popular products of the day are silver statues that bring various designs to life in brilliant 3D.

We encourage all JM Bullion customers to reach out to us with questions about buying silver. You can call us on the phone at 800-276-6508, chat with us live online, or simply send us an email with your inquiries.