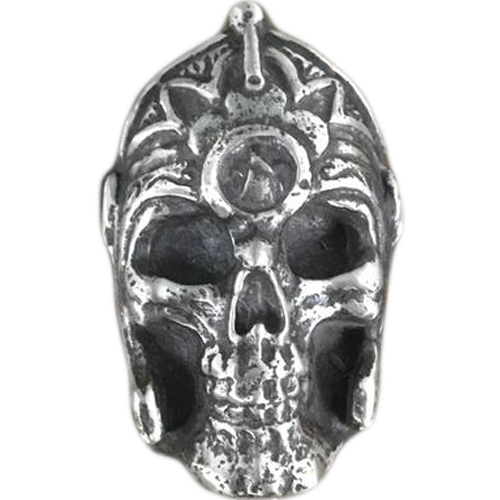 The LTD Warrior Series from MK Barz features engaging designs of warrior masks inspired by antiquity and bearing the haunting skulls of those who died wearing them in battle. In the second release of the series, the leader of one of the most disruptive servile wars during the Roman Empire is featured. Today, 6 oz MK Barz Hand Poured Skull Warrior Masks are available to you courtesy of JM Bullion.

The LTD Warrior Series from MK Barz features a total of four designs, each one a distinct and different warrior mask worn by a historical individual. First up in this release reflected the mask worn by Crixus, a leader of the rebel slave army during the Third Servile War with the Roman Republic.

Each of these 6 oz MK Barz Hand Poured Skull Warrior Mask bars is a brand-new product, with an extremely limited mintage figure and individually serialized numbers on the reverse face of the bar, identifying each ones sequence in the release.

Spartacus was a Thracian by birth who is believed to have once served in the Roman army, but was later captured and held as a slave. He was sent to Capua to learn and fight as a gladiator for the entertainment of the Roman citizenry. Together with Crixus and 70 other gladiators, Spartacus led a slave rebellion that launched the Third Servile War, lasting from 73 BC to 71 BC.

On the obverse of the 6 oz MK Barz Hand Poured Skull Warrior Mask youll find the image known as Flamma, the mask worn by Spartacus as a gladiator during his servitude as a Roman slave in the gladiator houses. Spartacus is one of the most well-known military generals of the slave rebellion, using his unique fighting skills to lead the slaves during the Third Servile War.

The reverse side of each Flamma Silver Warrior Mask features only engravings that help identify the product. Youll find the name of the mint on this face, along with the weight, purity, and metal content of the bar and the individual serial number assigned to it.

MK Barz is a family-owned minting location in Los Angeles, California. Opened in 2014, it is owned and operated by individuals with 45 years of experience collecting and grading silver coins.

Please feel free to reach out to JM Bullion with questions. You can call us at 800-276-6508, online using our live chat, and via our email address. Browse our full collection of silver bars online.