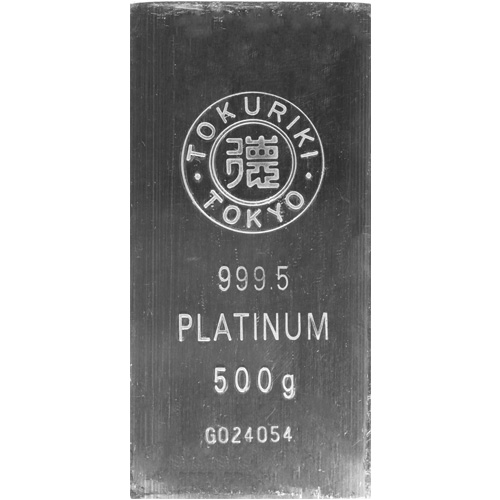 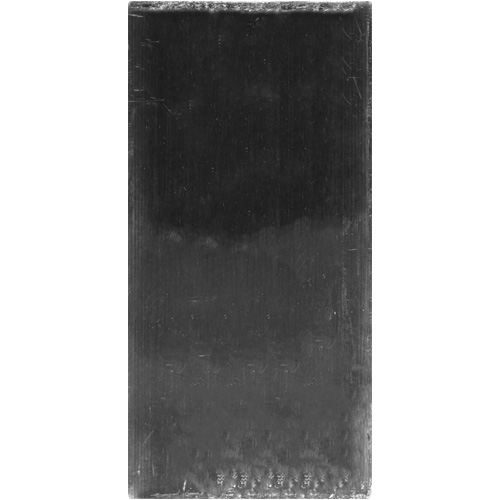 Any quantity available for $29.99 per oz over spot!
Add to WishlistLog In to add this product to your Wishlist
Free Shipping on $199+ Orders

Known as “little silver” to the Spanish who first encountered it, platinum is a popular and valuable precious metal in the 21st century. In the 2020s, platinum prices have been on the move toward levels not seen since the Great Recession, but still remain an affordable metal with room to grow. For large purchases of platinum, JM Bullion often carries larger bars for investors. Today, 500 Gram Tokuriki Platinum Bars are available to you online from JM Bullion.

Europeans had little experience with platinum prior to coming to the New World. When the Spanish were exploring the South American continent and engaging with indigenous tribes in trade, initially, it was discovered that a metal similar in appearance to silver was used in a lot of the indigenous artifacts that Spanish conquistadors were seeing. In fact, the Spanish were so convinced platinum was related to silver that the name it was given in Spanish, platino, translates as “little silver.”

All of the 500 Gram Tokuriki Platinum Bars in this product listing come to you in brand-new condition. The bars are produced as cast platinum bars and have inscriptions stamped only on the obverse field. The reverse field of the bar is left blank on purpose, though with cast bars, you are always likely to notice various textures and striations that result from the settling and cooling of the metal after it is poured during the production process. Each bar will be packaged for shipping inside of a standard cardboard box.

Obverse features of the 500 Gram Tokuriki Platinum Bar come with the logo of the refiner stamped at the top. The Tokuriki logo is, like many other refiner logos, simple. It consists of a central circle with Japanese language symbols at the center and English text around that. The purity, metal content, and weight are also stamped on this face of the bar, along with a unique serial number.

Reverse fields on the 500 Gram Tokuriki Platinum Bar are left blank, as noted above. Tokuriki is a historic Japanese refiner that can trace its roots back to the Emperor Saga in 814. It first began commercial operations in 1624 and started a precious metals refining business in 1727.

Please feel free to reach out to JM Bullion if you have any questions. Our team is available at 800-276-6508, online using our live chat, and via our email address.