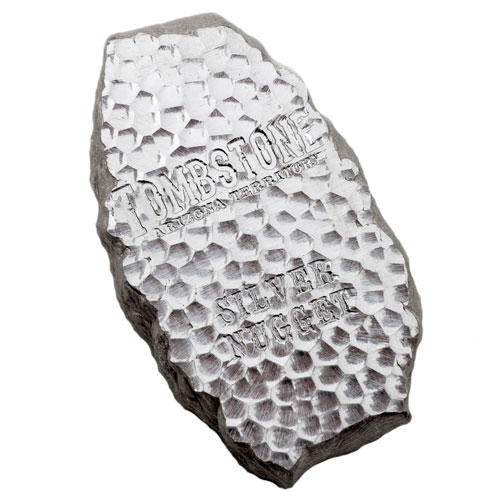 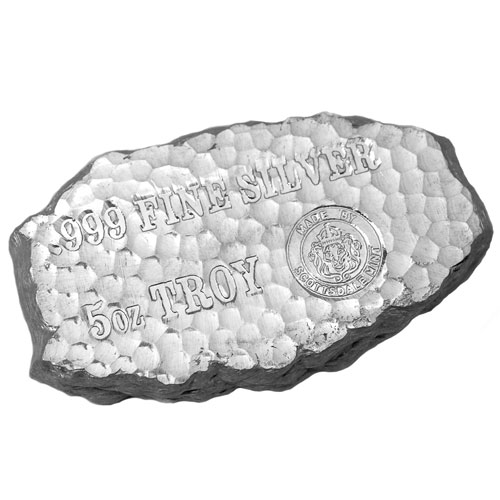 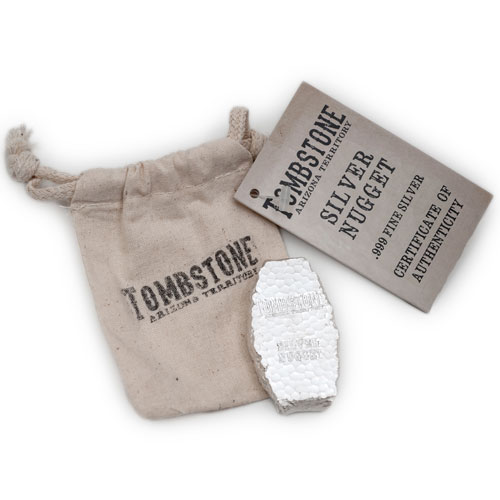 The city of Tombstone, Arizona has one of the most unique stories in American history. Once a dot in the desert, then a booming mine town, followed by a decades-long decline that saw it almost become a ghost town, Tombstone is one of America’s most well-known small towns. The 5 oz Scottsdale Tombstone Silver Nugget Bar celebrates the city’s history, and is available now from JM Bullion.

Most associate the city of Tombstone with Wyatt Earp, Doc Holliday, and Earp’s brothers Virgil and Morgan. The lawmen were famous for their gunfight at the OK Corral, with the event serving as the culmination of a feud between the group and outlaw cowboys Billy Claiborne, Ike and Billy Clanton, and Tom and Frank McLaury.

Tombstone attracted lawmen and the lawless alike because of its booming silver industry. First established in 1877. In the next 13 years, the silver mines in and around Tombstone would extract an estimated maximum of roughly $2.04 billion in silver bullion, in modern monetary values.

On the obverse of each of these 5 oz Scottsdale Tombstone Silver Nugget Bars is the engraving of the city’s name. At the time of its founding, Tombstone was a small town in the Arizona Territory. Arizona did not gain statehood in the Union until 1912.

The reverse of the bar has horizontal engravings that include its purity, metal content, weight, and the Scottsdale Mint’s official seal. Design features prevalent on both sides of the bar include dimples and an outline shape that resembles traditional nuggets of precious metals.

Each of these bars from the Scottsdale Mint ships in a themed, individual plastic pouch. For those orders of 100 or more, you will receive your 5 oz Scottsdale Tombstone Silver Nugget Bar in a wooden crate reminiscent of the original crates used to move gold and silver nuggets throughout the American West.

Please feel free to contact JM Bullion with any questions. You can reach us on the phone at 800-276-6508, online using our live chat, or via our email address.