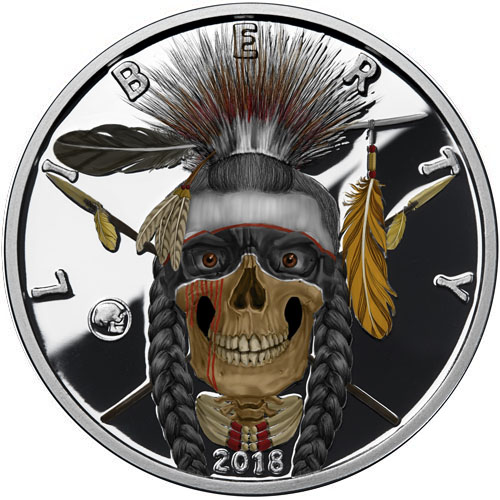 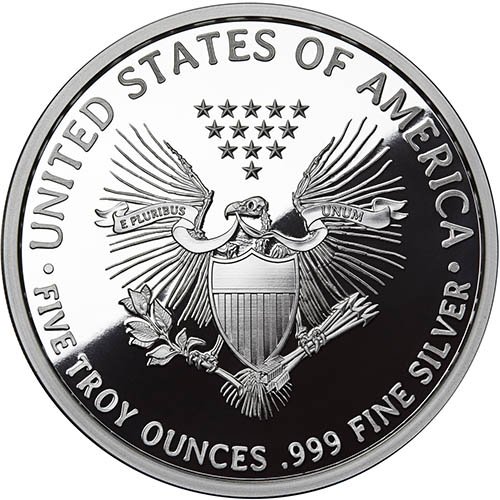 When one thinks of the Wild West the mind often conjures images of damsels in distress waiting for a brave sheriff and his posse to come to the rescue or some jaded gunslinger with a moral compass to do the right thing to save her. The aggressor, in many cases, was often an indigenous tribal member.

The reality was much different. In most cases, when native warriors took up arms it was in defense of their ancestral homelands or to push back against the aggressions of the US Army or settlers. This cast of characters is depicted in the American Western Skulls Collection with the realistic twist that many, regardless of innocence, ended up dead.

On the obverse of 5 oz Colorized Proof American Western Skulls Indian Warrior Silver Rounds is the image of a native warriors skeletal figure. All figures in this series are depicted as a skull only with a date mark for the issue below and a set of crossed weapons representing the item of choice in battle for that figure.

The reverse of 5 oz American Western Skulls Indian Warrior Silver Rounds depicts the heraldic eagle of the United States. While this seems like the normal design, with the arrows, olive branch, and shield, it offers a twist on the standard. Rather than a powerful American bald eagle, this design includes a featherless eagle behind the shield.

These 5 oz Colorized Proof American Western Skulls Indian Warrior Silver Rounds come with a numbered Certificate of Authenticity and are shipped inside of protective plastic capsules. The silver rounds all have their own, individual serial number on the edge that matches the number found on the COA.

We encourage JM Bullion customers to call us with questions at 800-276-6508. You can also connect with us online through our live web chat and email address features.