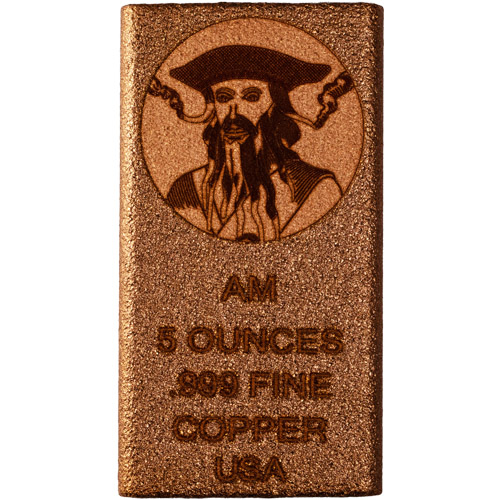 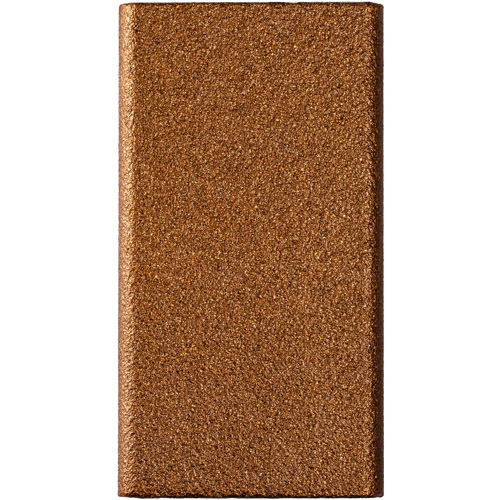 The most famous and influential pirate in history now graces the front of a new copper bar from Anonymous Mint. Known as Blackbeard, this legendary pirate haunted the Caribbean, Gulf of Mexico, and American East Coast, using non-violent tactics to capture ships and steal cargo. Now, 5 oz Blackbeard Copper Bars are available to you for purchase online from JM Bullion.

Whether its Captain Hook, Long John Silver, or Jack Sparrow, pop culture has offered plenty of iconic pirates that have become household names. However, there is a good chance none of these beloved characters would exist if not for Captain Blackbeard, a real-life pirate who plagued the seas during the early 18th century. Blackbeard captured numerous ships during his infamous career until he was ultimately defeated in a battle off the North Carolina coast that left him with five bullet holes and twenty sword wounds. After his death, Blackbeards life became romanticized and paved the way for our numerous classic stories of pirates and their daring adventures.

Each of the 5 oz Blackbeard Bars in this JM Bullion online listing will arrive in plastic and/or bubble wrap. Each bar has been carefully crafted in the USA by Anonymous Mint. Please note that rather than Troy ounces, these bars are weighed in AVDP, or avoirdupois, ounces. This is the standard weight measurement system for all copper products.

Whether you are looking to diversify your portfolio or just get some great-looking products for your metals collecting, copper can be an excellent purchasing option for you. Historically, the metal is known for its industrial uses both in ancient and modern civilization. However, more recently, it has gained a reputation as an investment option and an affordable alternative to metals like gold and silver.

The obverse of Blackbeard Copper Bars features a circle in which sits a portrait of Captain Blackbeard. The legendary pirate is seen from the chest up wearing a coat and Tricorne hat and facing outward. The initials AM are shown below, which stand for Anonymous Mint. Also shown are the inscriptions 5 Ounces, .999 Fine Copper, USA. On the reverse of the bar, there is a blank field.

JM Bullion customer service is available to assist you at 800-276-6508. Alternatively, you can chat with us live online or email us directly.