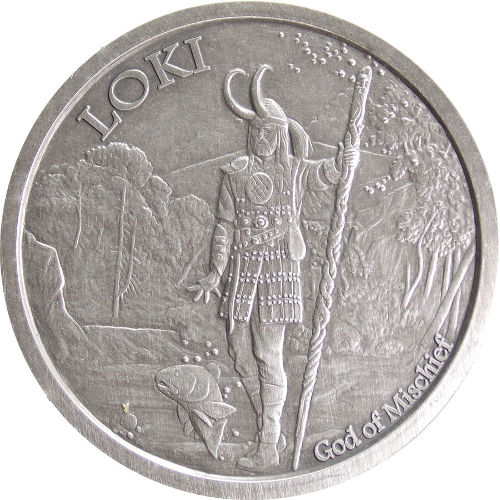 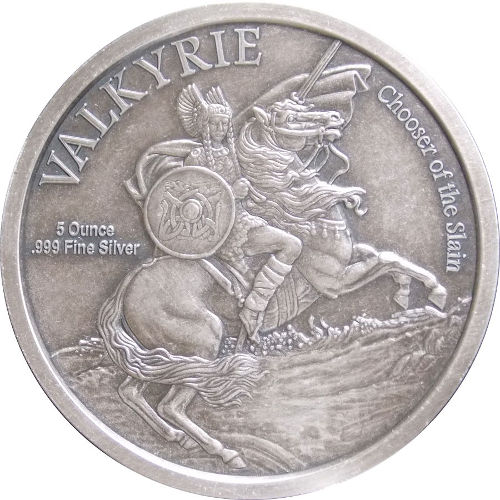 Normally one would say that the best has been saved for last, but in the case of the new Loki Silver Round in the Norse God Series, it appears the most mischievous has been saved for last. One of Norse mythology’s more intriguing gods, Loki appears as the final round released in both the 1 oz and 5 oz weight from Anonymous Mint and Osborne Precious Metals. Right now, the 5 oz Antique Norse God Series Loki Silver Round is available from JM Bullion.

The Norse God Series of silver rounds is the creation of Julie Lindquist at the Anonymous Mint. As developer of the low-mintage series, she had the assistance of Italian master sculptor Luigi Badia in bringing these designs to life.

All of the artwork in the series comes from renowned artist Howard David Johnson, whose brilliant works cover the gods of Norse mythology. Badia created 3D sculptures of each of the painting for use in the striking of blanks that were used in this series.

These 5 oz Antique Norse God Series Loki Silver Rounds not only have a proof, mirrored appearance, but also an antique finish. The inclusion of antique finishing gives the rounds the appearance of age, adding warmth and subtle depth to the overall design.

On the obverse face of each Norse God Silver Round in this listing is the image of Loki. He was one of the more unique gods, possessing the ability to shape shift he could change into as many as eight different creatures if he chose to do so. Loki was interested in playing both sides, at times helping out the other Gods while also working against them.

The reverse of the 5 oz Antique Norse God Series Loki Silver Round features the image of a Valkyrie. The Valkyrie were warrior maidens chosen by Odin to ride above the fields of battles involving mankind. The goddess Freya was a leader of the Valkyrie. This design is used as the common reverse for all rounds in the series.

Anonymous Mint is a private minting facility in the United States that worked with Osborne Precious Metals in the production of these silver rounds. Osborne is America’s oldest private mint, tracing its roots back to 1836.

Please don’t hesitate to reach out to JM Bullion with questions. You can connect with us on the phone at 800-276-6508, chat with us live online using our dedicated service, or send us an email.