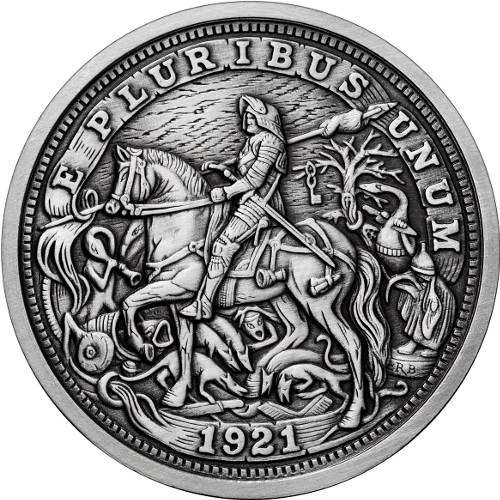 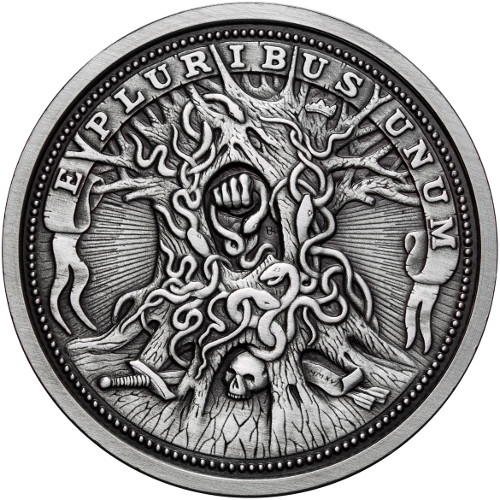 In 2016, the precious metals industry was introduced to a new design concept that proved incredibly popular among investors and collectors alike. The Hobo Silver Nickel Rounds collection launched with five more, and fans will be pleased to know that five more rounds are in the works for 2017! Today, the 5 oz Antique Durers Knight Silver Round is available to purchase from JM Bullion.

The Durers Knight striking is the first of 2017 and sixth overall in the Hobo Nickel Series. While the 2016 releases were all created by Mr. The, a group of five new artists have been chosen to craft the designs in the new collection. For the 5 oz Antique Durers Knight Silver Round, Roman Boteen is the designer behind the obverse and reverse images.

On the obverse of the 5 oz Antique Durers Knight Silver Round youll find the image of a knight on horseback, complete with a full suit of body armor and a long spear in his hands as he wades through an eerie seen on horseback. A banner along the top bears the phrase E Pluribus Unum, while a year of issue as 1921 is featured below.

Durers Knight is based upon a 1513 engraving done by German artist Albrecht Durer. His depiction is known as Knight, Death, and Devil, and is considered to be one of his so-called Meisterstricth, or master prints.

The reverse of the 5 oz Antique Durers Knight Silver Round features the haunting image of a tree best described as the death tree. It features a hollowed out center with a human fist emerging from it, and at the base of the tree youll see a sword and skull between its entangled roots.

All Hobo Nickel Series silver rounds are struck at the Osborne Mint, which is the oldest private minting facility in the United States and is located in Cincinnati, Ohio. The company can trace its roots back to the 1830s. All the designs were done by Head or Tales Coin Company.

Please dont hesitate to ask questions when they arise. JM Bullion customer service is available on the phone at 800-276-6508, online using our live web chat, and via our email address.