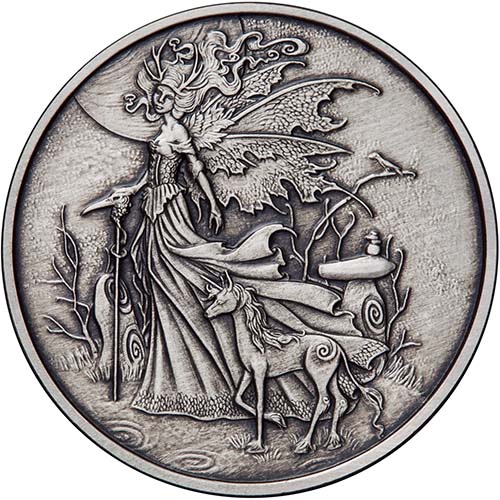 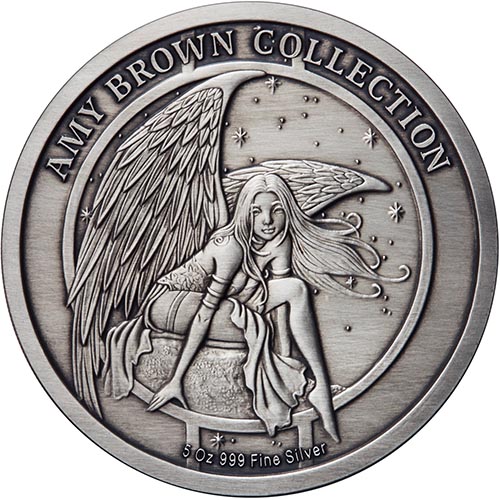 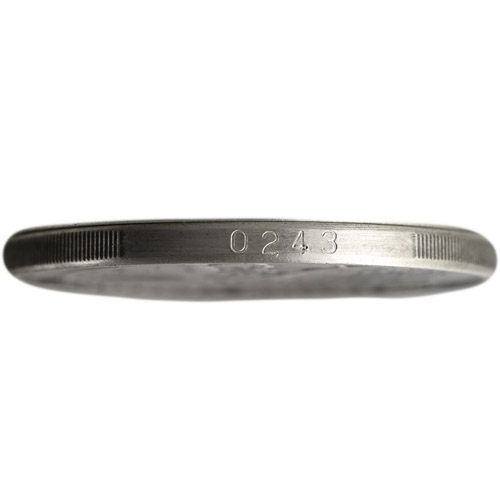 The new Amy Brown Collection from Anonymous Mint features options for all investors looking to buy silver online. These rounds include six designs with 1 oz and 5 oz weights, each available in proof, antique, and proof colorized. The 5 oz Antique Amy Brown Collection Red Queen Silver Round is now available to you for purchase online from JM Bullion.

Amy Brown began her art career working in a small local art gallery in the 1990s. When her boss realized there was an open frame on the wall, Brown was asked to fill it. She created the image of a fairy to place in the frame, and her art career was off to a flying start. The painting was quickly sold and before she knew it, Brown’s works were featured in local shops and street fairs.

In the Amy Brown Collection from Anonymous Mint, some of her greatest works come to life on a series of silver rounds available in various versions. The Red Queen, Lady of the Forest, Second Cousins, Discovery, Wall Flower, and Dragon Secrets will feature in the series from Brown, who was recently named one of the top ten fairy artists in 2017.

On the obverse of the 5 oz Antique Amy Brown Collection Red Queen Silver Round is a depiction of the Red Queen as created by Brown in 2016. The Red Queen is a powerful and all-knowing fairy. The antlers on her crown denote her infinite wisdom, while the ornate scepter she holds is a symbol of her authority.

The reverse of all Antique Amy Brown Collection Red Queen Silver Rounds in this series bear the image of Dusk. An older creation from Brown, Dusk is a delicate and graceful fairy who has large, birdlike wings on her back and a sleek figure. She wears bracelets on her upper arms over her biceps, and she is depicted sitting on a high vantage point while the early evening twilight delivers twinkling stars in the background.

Each 5 oz Antique Amy Brown Collect Red Queen Silver Round is available inside of a protective capsule, and ships with an individually numbered Certificate of Authenticity. The antique finish lends ancient currency appeal to these rounds, while also bringing out the intricate details of the design.

We encourage JM Bullion customers to contact us with questions. You can reach out to us at 800-276-6508, chat with us live online, or email us with your inquiries.