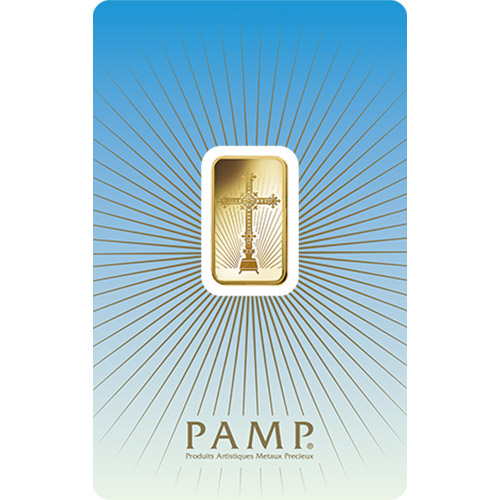 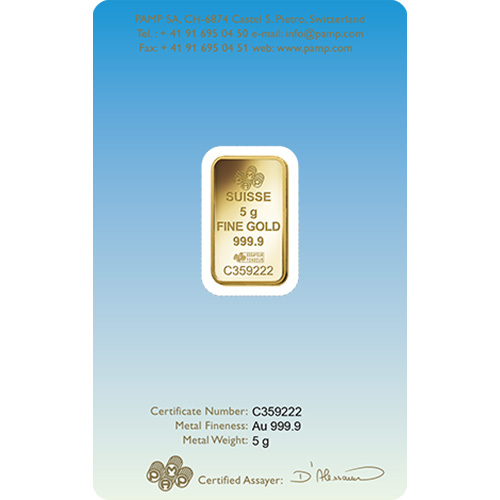 One of the most recognizable symbols of religion around the world is the Christian cross. There are two basic forms of the cross known to the world. The Greek cross has two arms of equal length, while the Latin cross has two arms of unequal length. The latter has become the common symbol of Christianity used by the faithful and countless Christian nations and other affiliated groups. Today, 5 Gram PAMP Suisse Cross Gold Bars are available to you online from JM Bullion.

The earliest image of the cross in the minds of human beings was not one of religious faith, but rather a symbol of torture and death. A basic cross shape was used widely by the Roman Empire as a device for torture and death. The Romans were famed for using crucifixion to punish enemies, send a message after slave revolts, and generally inflict fear in a populace within the empire. It was, perhaps, most famously used by the Romans in the crucifixion of Jesus Christ. As a result of the latter, it became one of the earliest symbols of Christianity.

All of these 5 Gram PAMP Suisse Cross Gold Bars are available to you online from JM Bullion with a sealed blistercard. The blistercard comes with a capsule housing the individual gold bar, while also featuring an assay certificate. The certificate comes with matching weight, purity, metal content, and serial number information from the bar. All of the bars available here are in brand-new condition.

On the obverse of the 5 Gram Cross Gold Bar is an ornate design of the Christian cross. As Jesus challenged the leaders of the Jewish faith in Jerusalem, the leaders of the synagogue worked with the Roman provincial government to ensure punishment was handed down to Jesus in a manner that didnt appear as though it stemmed from Jewish leaders in the city. Jesus was tried, found guilty, and eventually crucified by the Romans on a cross. That led to the symbol becoming central to Christian symbolism. This ornate depiction of the cross is set on a pedestal with additional small crosses at each of the ends of the cross.

The reverse side of 5 Gram PAMP Suisse Cross Gold Bars includes the PAMP logo. The logo is included on this face with the weight, metal content, and purity. There is also an assayers mark and serial number on this side of the bar.

Please feel free to reach out to JM Bullion if you have any questions. Our team is available to assist you with questions at 800-276-6508, online through our live chat, and via our email address.