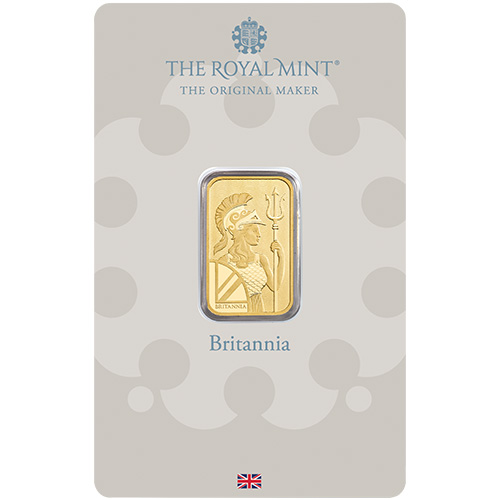 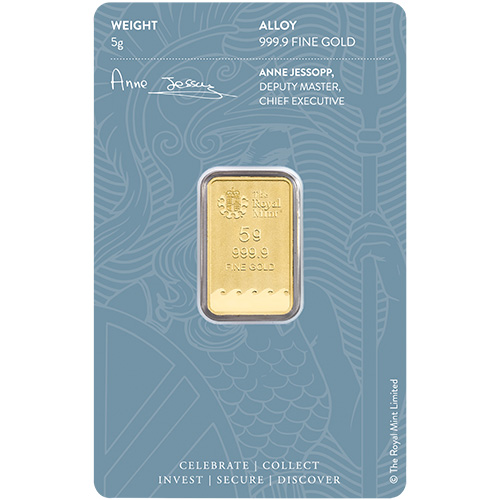 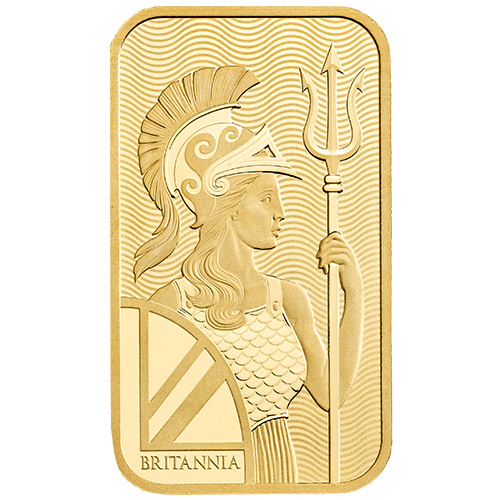 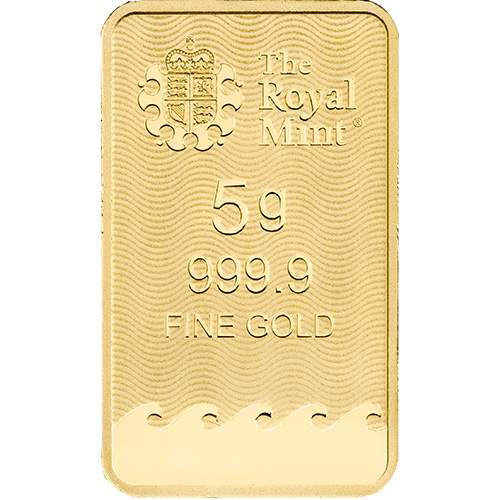 For centuries, Britannia has been a symbolic watchful protector of Britain. Originally an import from Rome following the conquest of the British Isles, Britannia was later established as the personification of British power during the 15th and 16th centuries. To this day, she remains a crucial figure in the culture and legacy of the United Kingdom. Right now, 5 Gram British Gold Britannia Bars are available to purchase online from JM Bullion.

Each 5 Gram British Britannia Bar in this JM Bullion listing was produced by the Royal Mint and will arrive in new condition. In addition to a .9999 pure gold bar, you will also receive a blister card for storage and protection. On the reverse of these cards you will find assay certification details. Please note, a clear plastic film may be present on the blister card for protective purposes. This film may be removed without affecting the bar’s original value.

The obverse of 5 Gram Gold Britannia Bars contains an image of Britannia. In this design by the Royal Mint’s Jody Clark, we see the Roman deity holding both a trident and a shield. Her hair flows to her shoulders and atop her head sits a Corinthian helmet. This striking image is set against a background of swirling lines.

The name Britannia originates in the Latin word Britannicae, which the Romans used to describe the recently conquered British Isles. This is also the source of the word Britain, an island containing England, Scotland, and Wales. Today many use the word Britain interchangeably with the United Kingdom, which was established in the 1707 Acts of Union. Today, Britannia is a vital cultural figure in the country, representing national strength, valor, and pride.

JM Bullion customer service is available to assist you at 800-276-6508 if you have any questions about gold bars for sale. You can also reach out to us live online through our web chat and email address features.