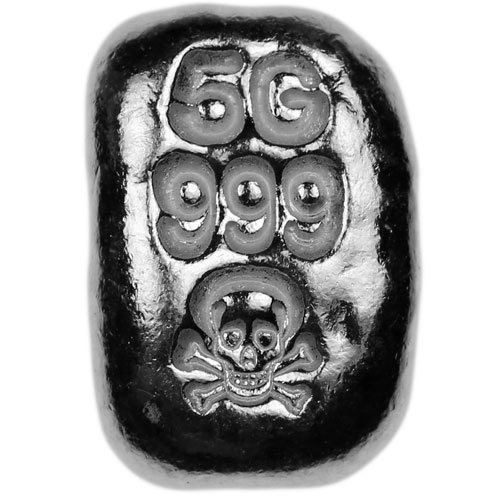 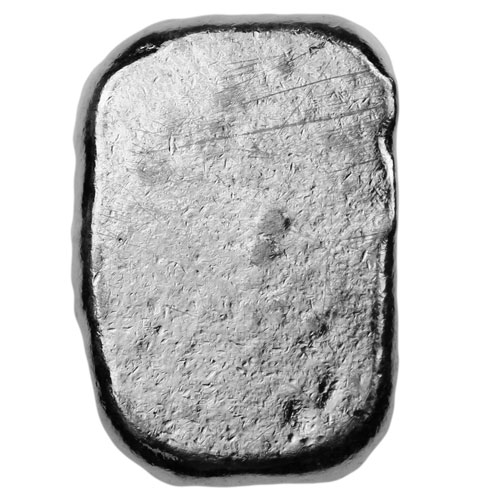 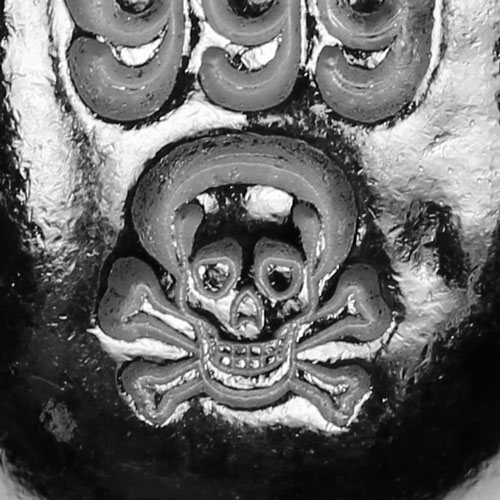 The skull and crossbones is one of the world’s oldest designs, and has been used for everything from pirate symbolism to warnings on poisonous containers. Today, the skull and crossbones is most closely associated with all things pirate, and can be found on the popular 5 Gram Skull and Crossbones Hand Poured Silver Bar from the Atlantis Mint. JM Bullion offers this bar right now in brand-new condition.

Skull and crossbone designs originated during the Late Middle Ages as a symbol of death, and was often found on tombstones throughout Europe. During those early centuries, it was used on insignia ranging from social and cultural groups to military regiments.

It wasn’t until the 18th century that it became commonly associated with piracy, particularly in the Caribbean. The British gave the skull-and-crossbones flag, which consisted of a human skull with two long bones crossing underneath, the name Jolly Roger. The first reference of this name came from Charles Johnson’s A General History of the Pyrates, which originated in Britain in 1724.

The skull and crossbones was so popular that it became a lasting symbol for piracy, even though its use started in the 1710s and peeked during the 1720s. Today, it is more frequently used to identify poisonous materials or features on commemorative pirate-themed merchandise.

On the obverse face of the bar are the only engravings you’ll find on this 5 Gram Atlantis Mint Silver Bar. The markings are simple and hand stamped, reading only “5G 999” and featuring the skull-and-crossbones design below it.

There are no engravings or markings on the bar’s reverse face. As a hand-poured product, these bars were struck by individuals at Atlantis Mint who poured melted silver into casts, stamping markings into the surface after the bars had cooled.

Atlantis Mint is a private facility in the United States that strikes a variety of hand-poured silver bars and other silver bars, and also sells silver rounds, copper bars, and other precious metal products.

Please contact JM Bullion at 800-276-6508 with your questions. We’re also available online using our live web chat feature or by sending your questions to our email address.

David from NH - March 23, 2018
"Very fun to hold when you have a dozen or so. These make great gifts and have a lovely heft to them. Can't wait to buy more."

Robert from VA - May 10, 2017
"Just received an order of 20 of these jewels. This is artistry folks. Beautiful, handmade art. By taking advantage of the 19+ qty, the premium was even lower obviously, but that little difference made the math work out for my needs, AND gives me a nice little pouch of smaller increments for fast cash exchanges if needed, without having to go into my hoard. 5 Stars for JM & Atlantic Mint. Wonderful."

Juan from TX - May 01, 2017
"Bought the last 4 of these was looking for a few more but hey take what you can get. They are great little silver bars and my students will love the lesson on magnetism searching for these with metal detector on International Pirate Day in class."