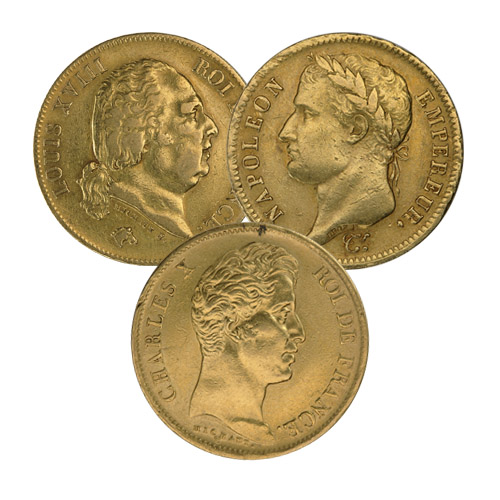 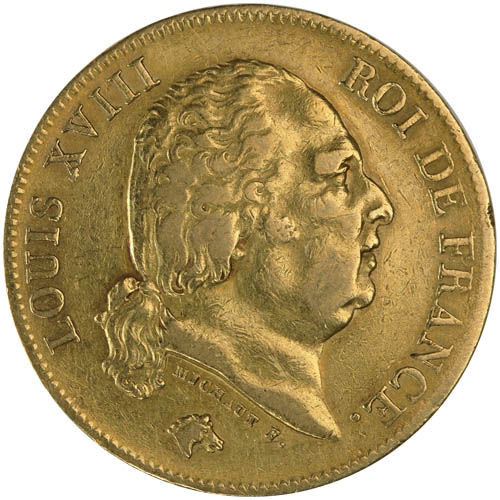 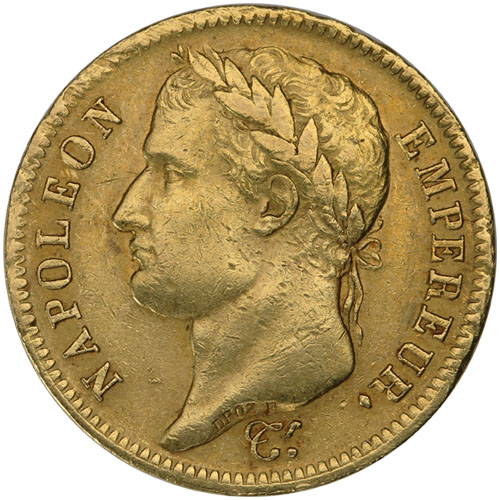 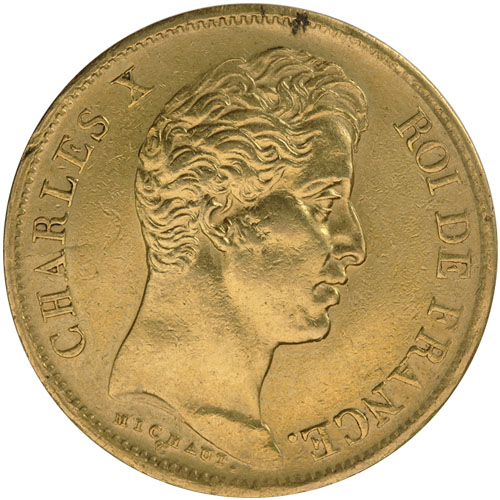 One of the most popular gold coins of the 19th and early 20th centuries was the Gold Franc. Known today as the Euro before the Euro, the Gold Franc originated in France and became the backbone of the Latin Monetary Union, earning adoption in nations such as Belgium, Switzerland, and elsewhere. 40 Francs Swiss Gold Coins are currently available from random years right now through JM Bullion.

The production history of the 40 Francs Gold Coin is as diverse as any coin in world history. French francs were first issued as early as 1360 in France, but the Franc Gold Coins collectors know today primarily came from the 19th century and originated in France during the rule of Napoleon Bonaparte.

The reverse of 40 Franc Gold Coins includes the crowned arms of France. This shield features 3 fleur-de-lis symbols against a background of horizontal lines with a crown atop the shield and a wreath encircling the shield. The denomination is split on either side of the shield as 40 and F.

40 Franc Swiss Gold Coins in this JM Bullion listing are available from random years. We cannot guarantee a year or design in this listing as your coins are chosen at random in the warehouse when your payment has processed. It is possible you could receive multiples of the same year when buying more than one coin. 40 Franc Gold Coins were struck with French designs by several nations, including in Geneva, Switzerland during the French occupation of the area (1798-1814).

We encourage JM Bullion customers to contact us with questions about these gold coins for sale at 800-276-6508. You can connect with us online as well using our live chat and email address features.