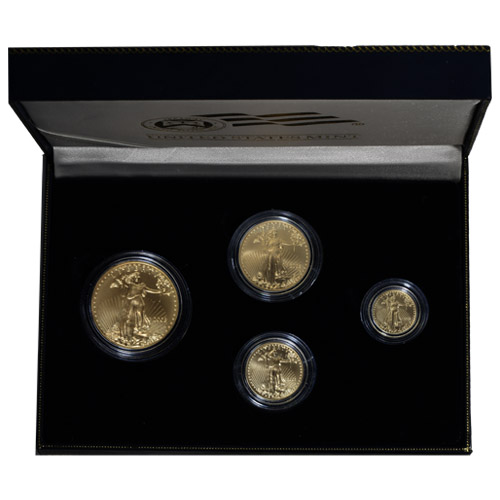 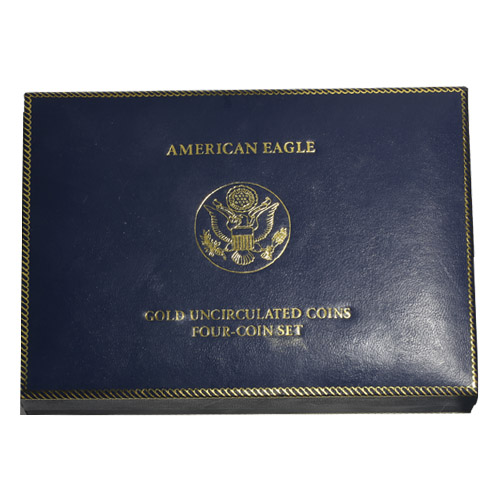 Burnished American Gold Eagle Coins were introduced by the United States Mint in 2006 as part of the 20th-anniversarycelebration of the series. The coins in the collection became annual-issue coins starting in that same year. Initially, the US Mint offered the Burnished Gold Eagles in the same four weights as the other coins: 1 oz, 1/2 oz, 1/4 oz, and 1/10 oz gold.

From 2006 to 2008, the United States Mint continued to produce the coins in this series with the four aforementioned weights. In 2009, when the series went on a two-year hiatus, it resulted in the end of the four-coin collection with only the 1 oz gold coin offered after the fact. During this period of production, the US Mint also offered 4-Coin Burnished American Gold Eagle Sets with all four coins available.

The obverse face of the Burnished American Gold Eagle Coins includes the image of Lady Liberty. Designed in 1907 by Augustus Saint-Gaudens, the image depicts Liberty in front-facing relief as she walks toward the viewer with a torch held out in her right hand and an olive branch of peace in her left hand.

On the reverse side, these Burnished American Gold Eagle Coins have a depiction of a family of American bald eagles. The national symbol is found here with a female and a young hatchling in the nest as a male eagle flies overhead.

These 4-Coin Burnished American Gold Eagle Sets ship to you with a beautiful presentation case. Included in the case are four individual coins. Each one has actual gold content of 22-karat gold, with a balance of 5.33% copper and 3% silver. All coins in the set have a W mint mark from the West Point Mint on the obverse field within the rays of sunshine featured around Liberty.

JM Bullion customer service is available to you at 800-276-6508. You can also chat with us live online or email us directly.