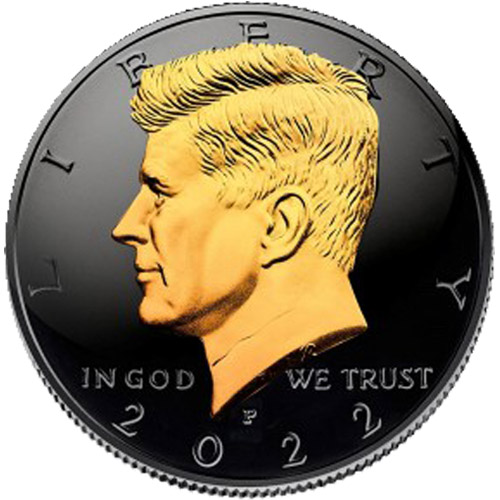 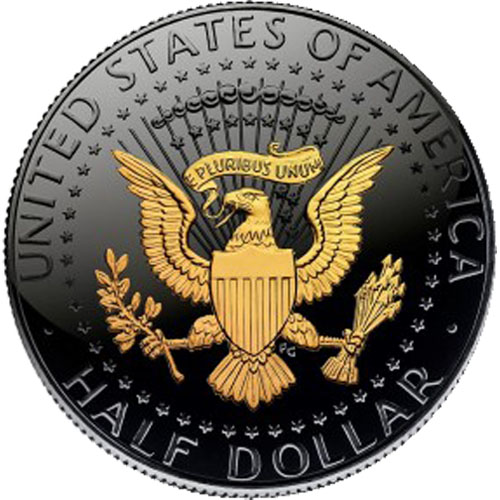 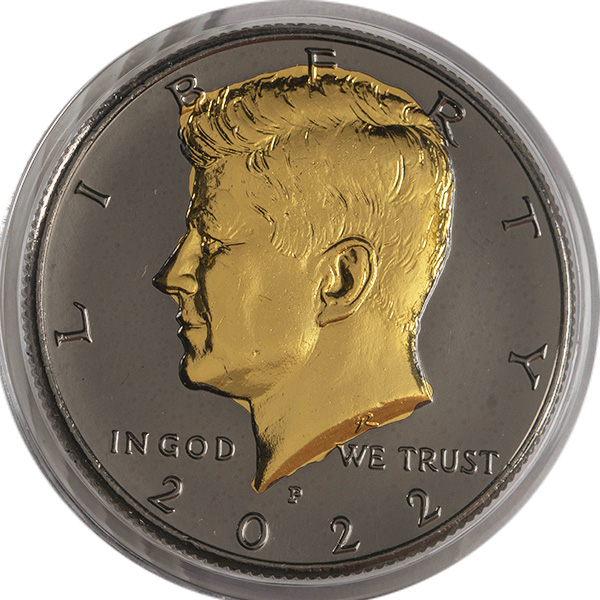 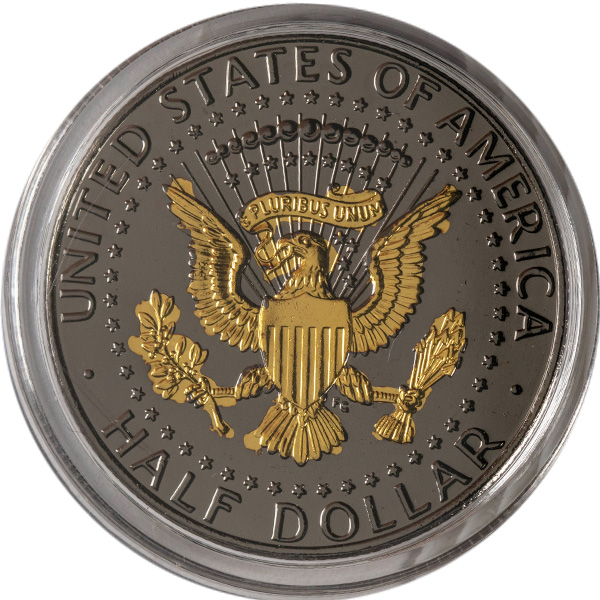 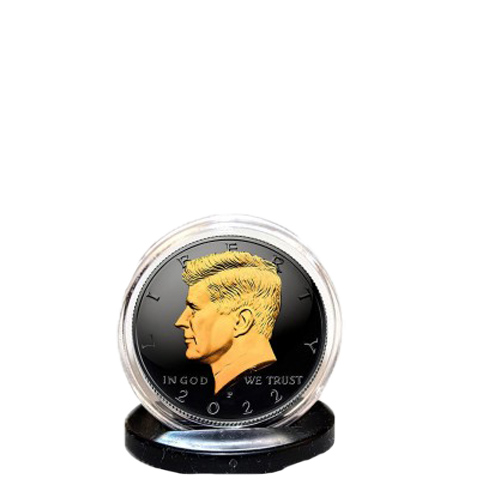 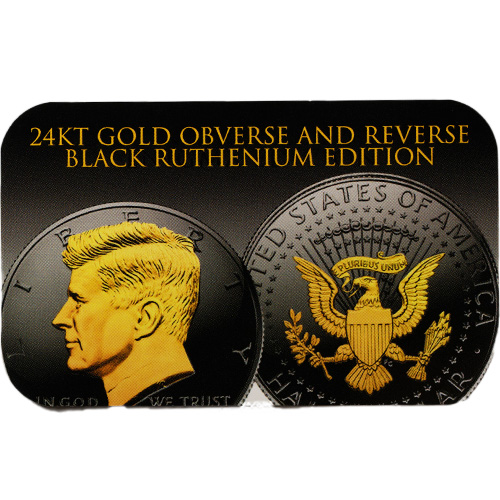 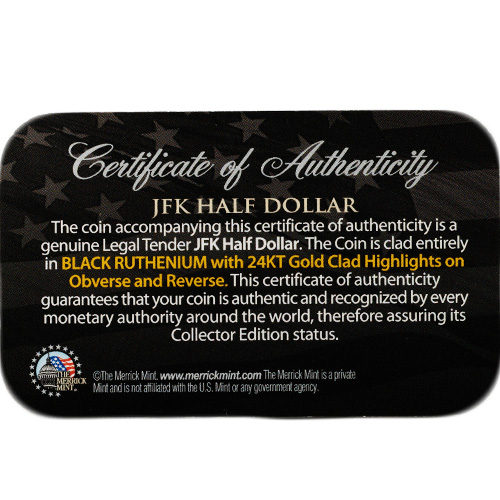 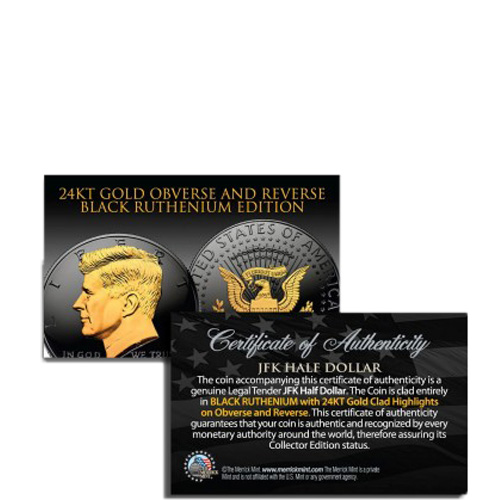 Kennedy Half Dollars are among the most popular coins ever produced by the US Mint. Following the tragic assassination of JFK, the mint expedited the production of a new half-dollar coin to commemorate the fallen president. Today, they are still seen as a beautiful tribute to Kennedy and the many virtues he espoused. Currently, 2022-P JFK Black Ruthenium Half Dollar Gold Clad Coins are available to you online from JM Bullion.

2022-P JFK Half Dollars can be purchased at the click of a mouse and delivered right to your door. JM Bullion fully insures all orders while in transit and delivers using nondescript packaging. Upon arrival, you will find your coin housed inside a protective capsule. Also included with your purchase is a display stand and a Certificate of Authenticity from the Merrick Mint.

On the obverse face of 2022-P JFK Black Ruthenium Half Dollar Coins, you will find a portrait of President John F. Kennedy. The entire effigy, which was designed by Gilroy Roberts, is clad in beautiful 24-karat gold. To contrast this spectacular image, the full backdrop has received black ruthenium plating.

The reverse of JFK Black Ruthenium Half Dollars features a version of the Presidential seal. In this design, we see an American bald eagle with a shield. Examine its talons and you will find arrows and an olive branch, symbols of war and peace. Similar to the obverse, this central image is clad in gold, while the background consists of black ruthenium plating.

These unique JFK Half Dollars from the Merrick Mint were struck at the historic Philadelphia branch of the US Mint. The Merrick Mint also developed a Denver Mint version of this coin, and together they make for an excellent way to commemorate both Kennedy and this historic 50-cent piece. After all, the very first Kennedy Halves were struck simultaneously in 1964 at both the Denver and Philadelphia locations, just months after Kennedy was tragically assassinated.