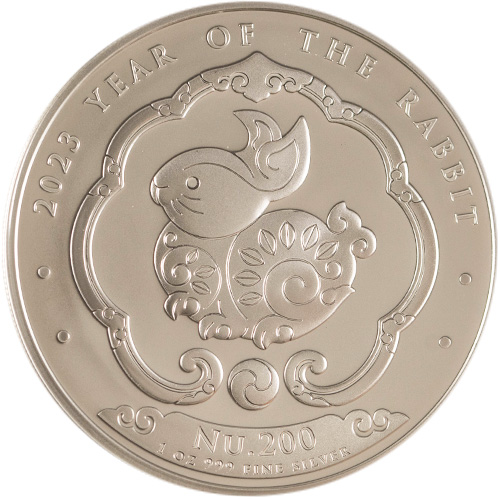 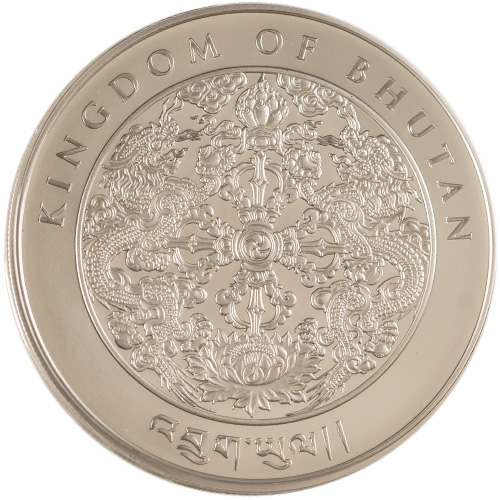 Situated in the eastern Himalayas, the Kingdom of Bhutan is noted for its spectacular scenery and a rich cultural heritage manifested in its monasteries, fortresses, and its other achievements as a Buddhist state. Struck by the Singapore Mint, the Kingdom’s Happiest Lunar series of collectibles celebrates the Lunar Zodiac in unique fashion, with artistic designs not to be found elsewhere on the market. The series launched in 2016 with the popular Year of the Monkey coin, and has continued to grow in popularity ever since. The latest issue is the 2023 1 oz Kingdom of Bhutan Lunar Rabbit Silver Coin, available in Brilliant Uncirculated quality from the team at JM Bullion.

The Year of the Rabbit celebrates a sign of the classical Chinese Lunar Zodiac, interpreted in the Buddhist tradition as a sign of open and expansive personalities. People born under the sign of the Rabbit are thought to be compassionate, sociable, and constructive, bringing consistent positivity to their dealings with others. Flexible but principled, the Rabbit is also devoted to justice.

The 2023 Kingdom of Bhutan Lunar Rabbit Silver Coin celebrates this sign in pure silver with the original luster of its Brilliant Uncirculated quality. It comes in custom-designed box packaging secured inside an acrylic capsule. With a limited mintage of only fifty thousand pieces for worldwide distribution, JM Bullion recommends ordering early.

A stylized Rabbit features on the coin’s obverse side, surrounded by a decorative border and accompanied by the inscription “YEAR OF THE RABBIT,” along with verification of the coin’s face value, weight, and silver content.

An image of the magnificent peaks of the Himalayas is featured on the reverse side, accompanied by the inscriptions “KINGDOM OF BHUTAN” and “2023,” the year of issue.

If you have any questions about 1 oz silver coins, contact JM Bullion today. You can phone us at 800-276-6508, talk to us at our convenient online live chat, or send us an e-mail.