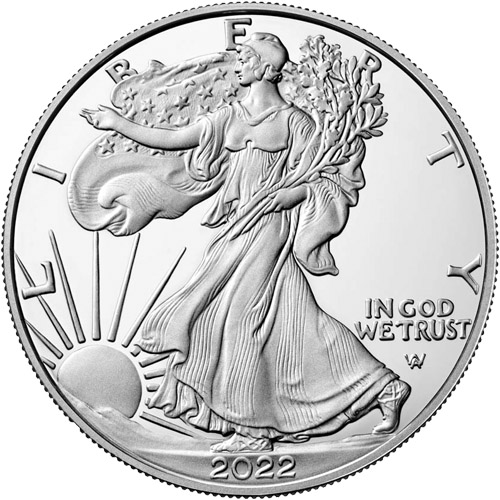 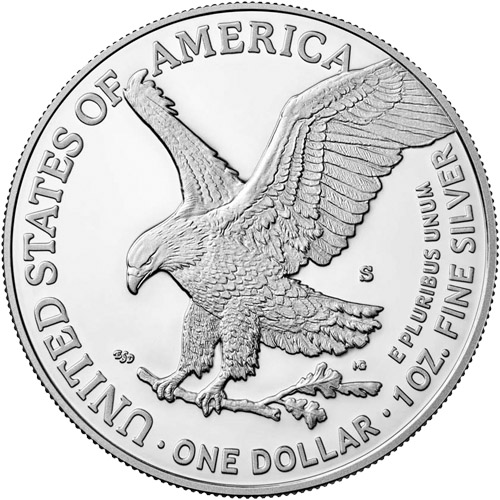 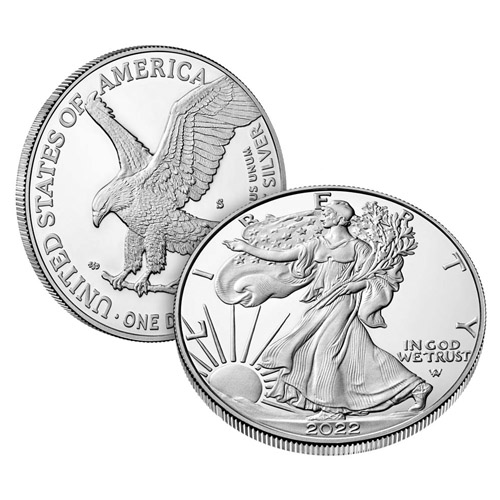 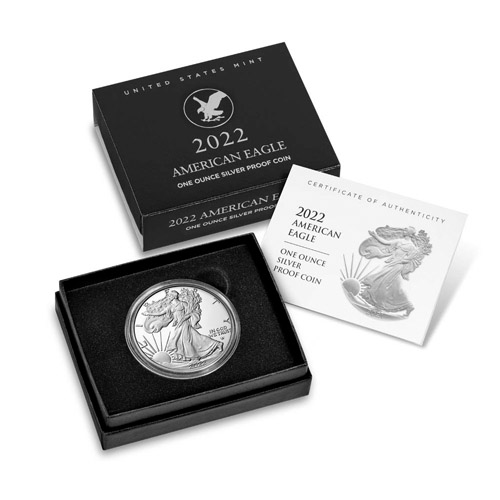 As mentioned above, the San Francisco Mint was the first US Mint branch to ever strike Silver Eagle Coins. From 1986 to 1992, in particular, it produced the Proof American Silver Eagle for collectors. From 1993 to 2010, the Philadelphia and West Point Mints handled all the production of Proof Silver Eagles.

Walking Liberty features on the obverse of 2022-S Proof American Silver Eagles. This image shows Liberty in left-profile relief as she strides toward the sun on the horizon. The American flag is draped around her figure, with her right hand outstretched and her left carrying branches of oak and laurel.

An American bald eagle is depicted in the reverse design of the 2022-S 1 oz Proof Silver Eagle. This new design from Emily Damstra debuted on the coins in mid-2021 and shows the eagle swooping downward, wings flexed, with an oak branch in its talons.

These 2022-S 1 oz Proof American Silver Eagle Coins are available to you in plastic capsules. The coin and capsule arrive in a presentation box with a Certificate of Authenticity available. Proof Silver Eagles have beautiful contrast between the frosted designs and mirrored fields.