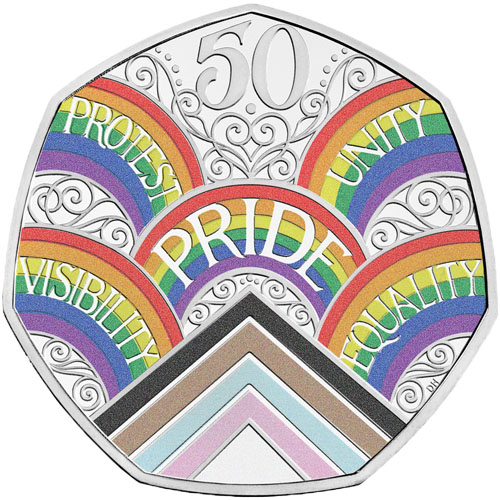 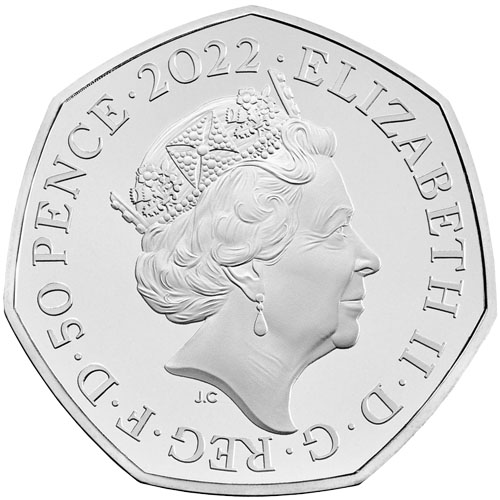 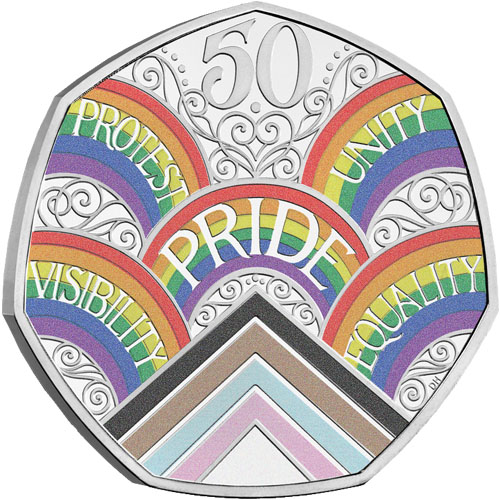 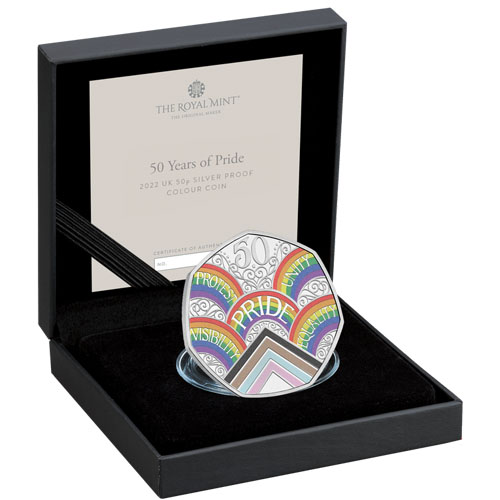 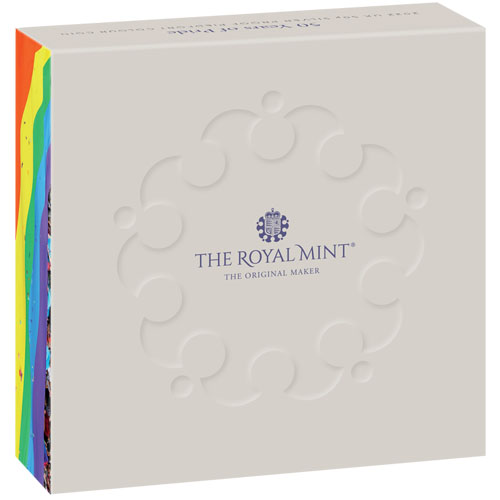 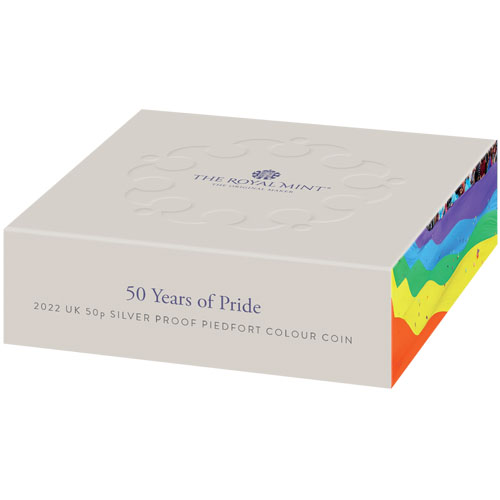 The first Pride parade in the United Kingdom took place in 1972, inspired by an uprising by the gay community in New York against police misconduct at the Stonewall Inn in 1969. Pride events began as intensely political assertions of the rights of LGBTQ+ people to exist in a world that persecuted them, but over the years the parades swelled into celebrations of progress. Commemorating the 50th Anniversary of this tradition, the 2022 8 Gram Proof British Silver 50 Years of Pride Coin is now available from JM Bullion.

Pride events were not always as popular and mainstream as they are today. The roots of Pride lay in a symbolically important instance of self-defense against police harassment in New York in 1969, and organized events inspired by that example spread around the world where the gay community faced similar challenges. Over the decades, the cause picked up momentum, and Pride parades gradually grew into colorful celebrations of equal rights. As Pride in the UK celebrates its 50th Anniversary, there are over 150 events across the nation, and Pride in London attracts up to a million and a half annual attendees.

The 2022 Proof British Silver 50 Years of Pride Coin is the first British coin to honor the LGBTQ+ community. It marks this milestone with a vividly colorized design by artist and activist Dominique Holmes, presenting inspiring messages against the brilliant mirror-like background of a proof-quality collectible. It sports an eye-catching seven-sided shape and comes in a presentation case along with a Certificate of Authenticity.

An official effigy of Queen Elizabeth II appears on the coin’s obverse side to confirm it as legal tender. This is framed by the inscriptions “50 PENCE,” “2022,” “ELIZABETH II,” and “D.G. REG. F.D.”

The reverse side bears five rainbows, each with the colors of the original rainbow flag of Pride, inscribed with the words “PRIDE,” “PROTEST,” “UNITY,” “VISIBILITY” and “EQUALITY.” Below is the five-colored chevron designed by Daniel Quasar to symbolize inclusion and progression for marginalized LGBTQ+ communities of color. The design is completed with ornamental scrollwork and the inscription “50” above.

For more information when buying silver, contact JM Bullion today. Phone us at 800-276-6508, send us an e-mail, or talk with an agent at our online live chat.