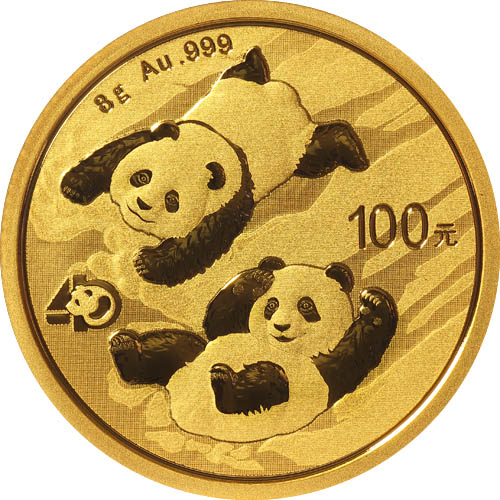 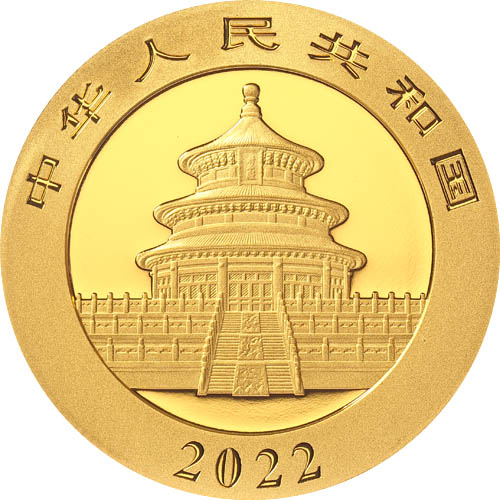 Any quantity available for $92.99 per coin over spot!
Add to WishlistLog In to add this product to your Wishlist
Free Shipping on $199+ Orders

The gold bullion coins of the Chinese Panda Series at the Chinese Mint mark a major milestone in 2022. First released in 1982, the Chinese Gold Pandas now celebrate the 40th anniversary of the collection with a special privy mark on the reverse of the coins. Right now, 2022 8 Gram Chinese Gold Panda Coins are available to purchase online from JM Bullion.

Each 2022 8 Gram Chinese Gold Panda Coin listed here is available to you inside protective plastic pouches. Each pouch is individually sealed and the coins arrive from the Chinese Mint in Brilliant Uncirculated condition.

For the obverse design of 2022 Chinese Gold Panda Coins, the mint continues with the image of the Hall of Prayer for Abundant Harvests. This design has featured on all gold coins in the series since 1982 and is also used on the silver coins in the series as of the 1983 debut of that coin series.