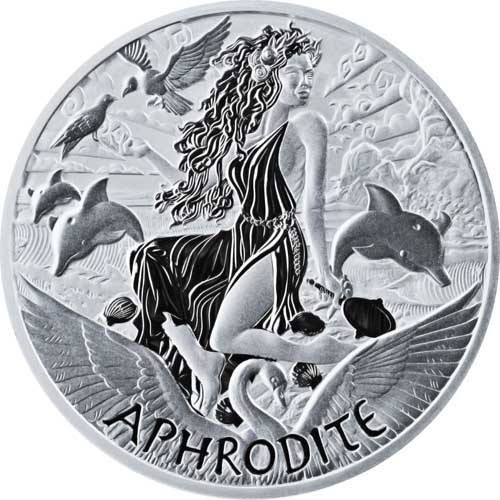 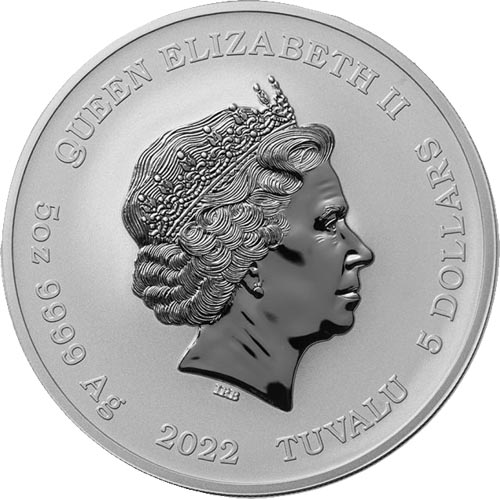 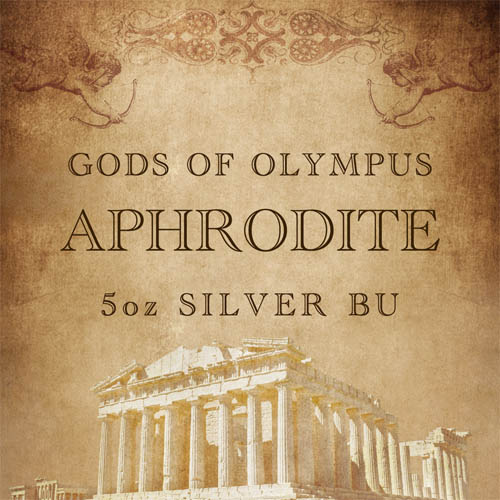 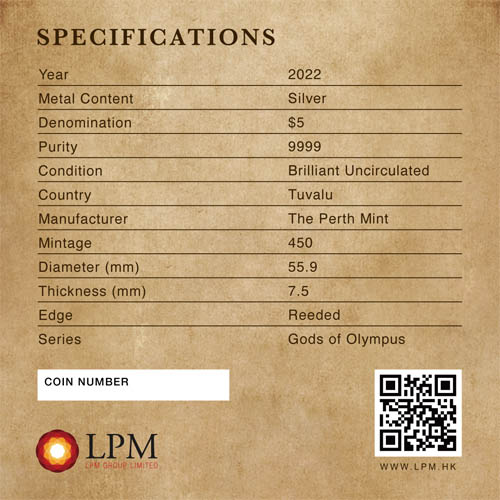 Aphrodite was an ancient Greek goddess whose myth went back a long way. Her cult was derived from that of older goddesses in the Near East such as the Phoenician Astarte (also known as Ishtar) and the Sumerian Inanna, and she was worshiped across the Greek world as the goddess of love and pleasure, beauty and passion, lust and procreation. In Hesiod’s Theogony, the ancient poem that describes the origins and genealogies of the Greek gods, she is born from sea foam after a violent clash between Titans, while In the Iliad, she’s a daughter of Zeus. Whatever the particulars, she’s a powerful and ubiquitous figure who shapes fundamental stories in Western culture, now celebrated by the Perth Mint’s 2022 5 oz Tuvalu Gods of Olympus Aphrodite Silver Coin.

The most iconic image of Aphrodite — known to the Romans as Venus — across the centuries has been the one inspired by Hesiod’s tale of her birth. The theme of the goddess emerging from the sea foam has been repeated in countless paintings and sculptures, and the Perth Mint’s sixth release in the Gods of Olympus series offers up a new take on the goddess of love. On this extraordinary silver collectible, Aphrodite appears surrounded by creatures of the water and the sea, with gulls and fish and mollusks and dolphins all around her and a swan spreading its wings in the foreground.

The 2022 5 oz Tuvalu Gods of Olympus Aphrodite Silver Coin sports a Brilliant Uncirculated finish that preserves its original-mint luster. It comes packaged in a themed box along with a Certificate of Authenticity. The team at JM Bullion fully insures each shipment against loss or damage, and with only 450 pieces available in the exclusive limited mintage, it’s certain to be in high demand.

The obverse side of the coin features an effigy of the late Queen Elizabeth II to confirm it as legal tender. Her image is accompanied by the inscriptions “5 oz 9999 Ag,” “2022,” “TUVALU,” “5 DOLLARS,” and “QUEEN ELIZABETH II.”

The coin’s reverse side shows Aphrodite in her flowing robes, surrounded by sea creatures as she emerges from the waves. She’s accompanied by the inscription “APHRODITE.”

Contact JM Bullion for more information about silver for sale. Call us at 800-276-6508, send an inquiry to our e-mail, or chat with an agent live online.