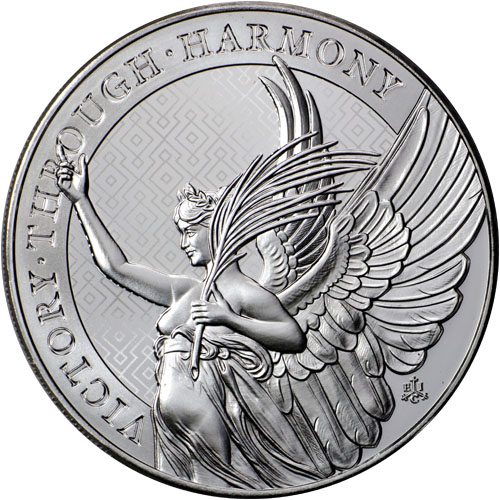 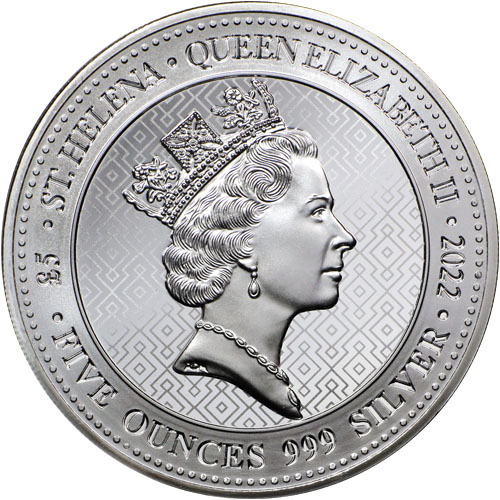 As low as $5.99 per oz over spot!
Add to WishlistLog In to add this product to your Wishlist
Free Shipping on $199+ Orders

The Queen’s Virtues Series from the East India Company and the Issuing Authority of St. Helena is a beautiful six-coin series celebrated principles laid out by Queen Victoria during her then-record-setting reign as Queen of England in the 19th century. Today, her great-great-granddaughter, Queen Elizabeth II, carries these ideals forward. Now, 2022 5 oz St. Helena Silver Queen’s Virtues Victory Coins are available to you for purchase online at JM Bullion.

In the Queen’s Virtues Series, the allegorical figures depicted in the Queen Victoria Memorial in London are captured in beautiful relief on silver and gold bullion coins. The silver lineup is the most diverse, with BU and proof versions of the coin available to investors and collectors. Victory tops that memorial outside Buckingham Palace and is the first to feature in the series.

While Victory is the first allegorical figure to feature in this collection, it will eventually be accompanied by five others. These five also come from the Queen Victoria Memorial and include Truth, Justice, Charity, Courage, and Constancy.

Queen Elizabeth II is on the obverse side of 2022 St. Helena Silver Queen’s Virtues Victory Coins. This portrait of the Queen is a right-profile relief based on Raphael Maklouf’s third-generation design from the Royal Mint. Created in 1985, this portrait is considered by many to be a timeless depiction of the Queen in which she wears the George IV State Diadem Crown.

For the reverse design of 2022 5 oz Silver Queen’s Virtues Victory Coins, the EIC offers a stirring depiction of Victory. This vision of Victory is a left-profile relief showing the female allegory clothed in a robe with powerful wings on her back. She raises her right hand as her left hand clutches a palm branch.

These 2022 5 oz St. Helena Silver Queen’s Virtues Victory Coins are available in Brilliant Uncirculated condition. Each coin is individually packaged in plastic capsules. Multiples are sealed in cardboard sheets of 10 coins or Master Boxes of 100 coins. The box holds 10 sheets of 10 coins each.

JM Bullion customer service can answer questions about silver for sale at 800-276-6508. We are also available to you online through our live chat and email address features.

Talmage from - October 15, 2022
"Absolutely beautiful, I should have gotten more of them. "