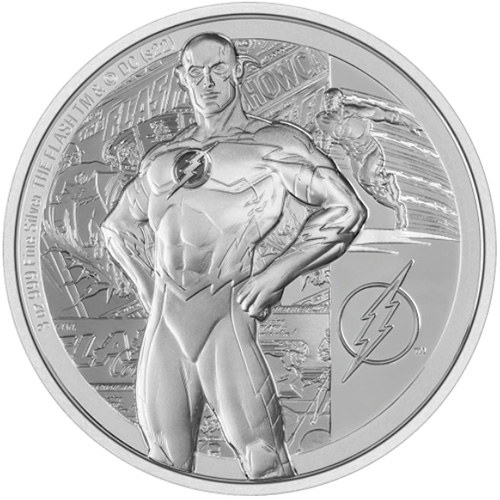 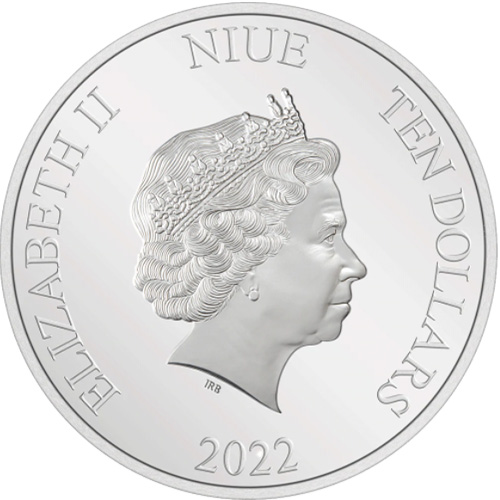 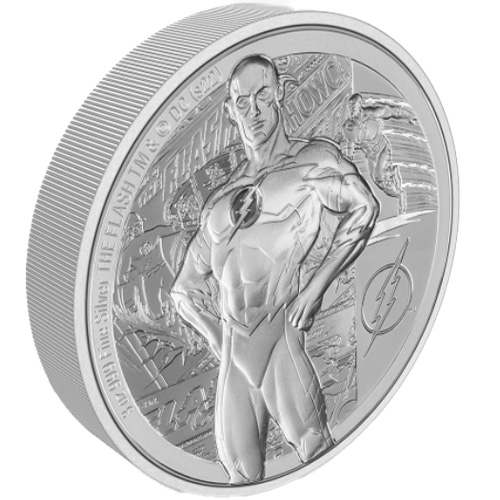 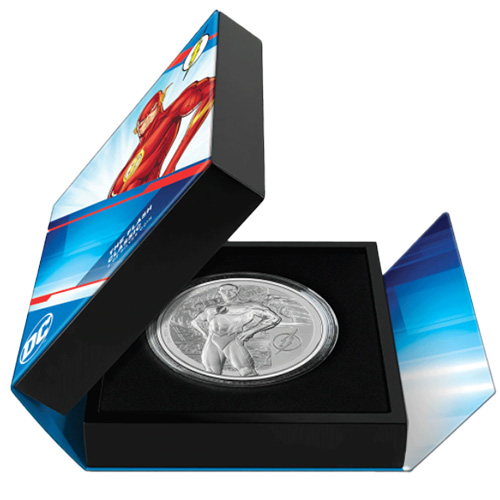 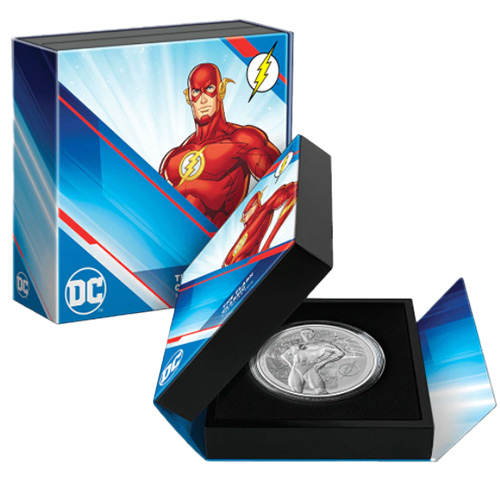 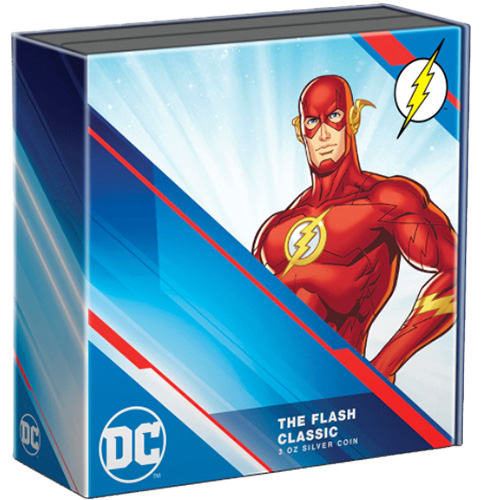 The Flash is one of the most famous superheroes in the DC Universe, known not just for his supernatural speed but even for his ability to travel through time and across dimensions. He has appeared in multiple incarnations over the years, but one of the best known is Barry Allen, who is the featured version of the hero on the 2022 3 oz Proof Niue Silver Classic Superhero Flash Coin now available from JM Bullion.

The original Flash first appeared in 1939, as one of the pioneering Golden Age superheroes from DC Comics. Nicknamed the Scarlet Speedster, he possessed the power to move, run and think with superhuman speed. Every incarnation of the character since — including Barry Allen, who first appeared in 1956 — has possessed some version of these powers. He’s been a crucial part of the roster of superpowered champions that have kept the DC universe in motion through all the decades since.

The 2022 Proof Niue Silver Classic Superhero Flash Coin is the New Zealand Mint’s commemoration of the Barry Allen Flash’s legacy and forebears, executed with fine craftsmanship in three ounces of proof-quality pure silver with frosted, sculpted foreground art and mirror-like backgrounds. Fully insured in shipment by the team at JM Bullion, each coin comes in a themed, velvet-lined display box and is protected in an acrylic capsule. It comes with a Certificate of Authenticity that specifies each coin’s unique number in this exclusive limited mintage.

The classic effigy of Queen Elizabeth II designed by Ian Rank-Broadley dominates the coin’s obverse side, identifying it as legal tender. It’s accompanied by the inscriptions “ELIZABETH II,” “NIUE,” “TEN DOLLARS” and “2022.”

The reverse side features the Barry Allen Flash posed powerfully in the foreground, with a comic book montage of his predecessors Jay Garrick and Wally West behind him, and to the side an action shot of the hero at full speed along with his distinctive lightning bolt logo.

For more information about this silver coin, you can contact JM Bullion: either by phone at 800-276-6508, by e-mail, or through our online live chat.