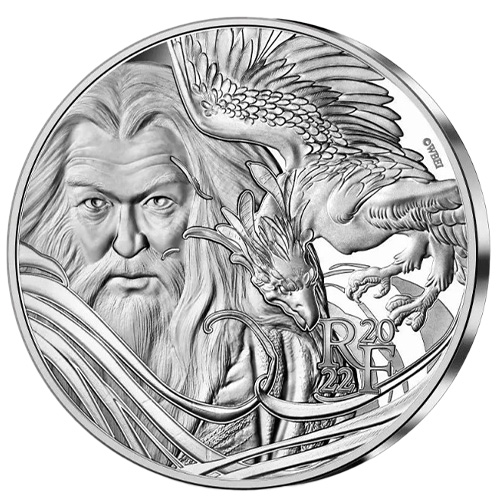 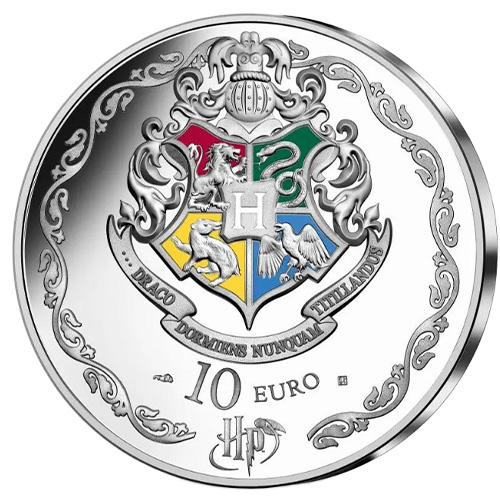 The wizarding world of Harry Potter fired the imaginations of a generation both through books and, later, through some of the most popular film adaptations ever to grace the silver screen. One of the most pivotal characters in the magical saga was the Headmaster of Hogwarts School of Witchcraft and Wizardry, the kindly and mysterious Professor Albus Dumbledore, Harry Potter’s chief protector and mentor throughout most of the books and films. Along with his brave e and loyal pet phoenix Fawkes, Dumbledore is celebrated by Monnaie de Paris with the 2022 22.2 Gram Proof French Harry Potter Dumbledore and Fawkes Silver Coin.

Professor Albus Dumbledore is central to many aspects of the magical fantasy world of which Hogwarts is a part, a character whose storied past and canny behind-the-scenes planning helps to shape much of the story of Harry Potter. One of his most loyal companions is the brave phoenix named Fawkes, a fantastic creature whose bravery and intelligence also plays a key role in various important scenes in both the books and their blockbuster film adaptations. These two characters make fitting subjects for one of the pure silver collectibles of the prestigious Monnaie de Paris.

The 2022 Proof French Harry Potter Dumbledore and Fawkes Silver Coin, created with advanced enameling and minting technology, delivers the high-relief engravings and brilliant mirrored backgrounds of a proof-quality coin. It comes in a high-quality box along with a Certificate of Authenticity, and ship fully insured by JM Bullion against damage or loss.

The coin’s obverse side features an elaborately detailed engraving of Fawkes the Phoenix in the foreground with Professor Dumbledore just behind him. They’re accompanied by inscriptions of the coin’s year and country of issue and the copyright of Warner Brothers Entertainment, Inc.

The reverse bears a beautifully colorized coat of arms for the Hogwarts School of Witchcraft and Wizardry, with a scroll beneath bearing the motto “Draco Dormiends Nunquam Titillandus,” meaning “Never Tickle a Sleeping Dragon.” It’s framed by decorative engraving around the rim and inscriptions of the coin’s face value and the Harry Potter logo.

For more information about this silver coin for sale, contact the team at JM Bullion. You can e-mail us, use our convenient online live chat, or call us at 800-276-6508.