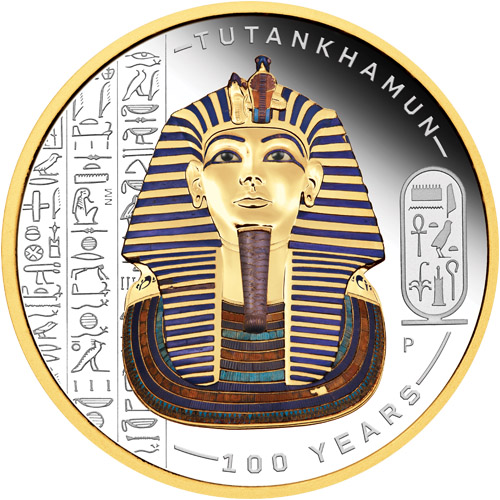 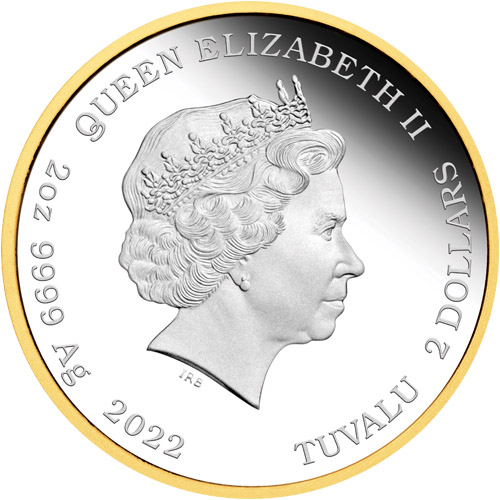 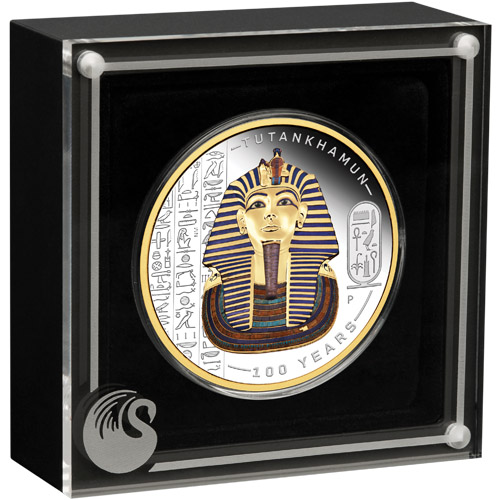 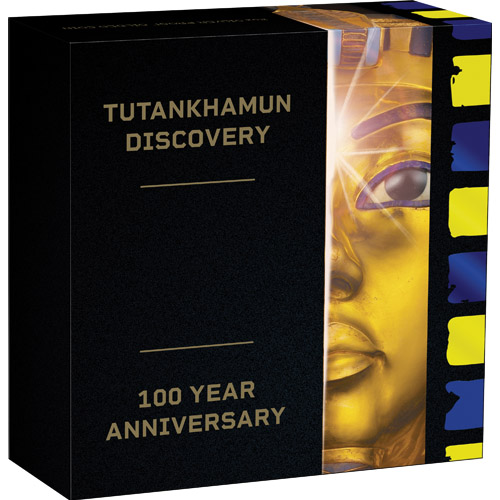 In honor of the 100th anniversary of the discovery of Tutankhamun’s tomb, the Perth Mint has produced a remarkable new proof coin with selective gilding. Each specimen includes a stunning replication of the Egyptian king’s death mask, as well as hieroglyphics taken from a picture of its backside. If you know someone who loves history and archeology, then these coins could make for a great gift option. Now, 2022 2 oz Proof Tuvalu Silver 100th Anniversary Tutankhamun Discovery Coins are available to you for purchase online from JM Bullion.

Tutankhamun, also known as King Tut, ruled during Egypt’s 18th Dynasty from 1332 BC to 1323 BC. Some refer to him as the Boy King since he was just 9 years old when he came to power. Studies of his remains indicate that Tutankhamun was plagued with health problems, which likely led to his early demise at the age of 18. Upon his death, an elaborate mask was designed to cover his face. As was the tradition with pharaohs, his tomb was filled with thousands of treasures to aid in the transition to the afterlife. In 1922, British archeologist Howard Carter uncovered the tomb in what many consider to be the greatest discovery in history.

When you order 2022 2 oz Tuvalu Silver 100th Anniversary Tutankhamun Discovery Coins in this JM Bullion listing online, you will receive a beautiful proof specimen with gilded features. This exquisite collectible is presented in a display box that includes an illustrated shipper and a Certificate of Authenticity from the Perth Mint.

On the obverse field of 2022 Tutankhamun Discovery Coins, there is a portrait of Queen Elizabeth II. The Queen is depicted in right-profile relief and is wearing the Girls of Great Britain and Ireland Tiara. The initials below it stand for Ian Rank-Broadley, who designed the portrait. Inscriptions of the coin’s hallmarks are found on the edges.

The reverse of 2022 Proof Tuvalu Silver 100th Anniversary Tutankhamun Discovery Coins depicts King Tut’s death mask. This image includes 24-karat gold gilding and colorization that represents the original inlays on the mask. In the background, there are hieroglyphics from the Book of the Dead and also from Tutankhamun’s cartouche. Inscriptions on the reverse read Tutankhamun, 100 Years.

JM Bullion customer service is available to assist you at 800-276-6508 with any questions about silver for sale. Our team is also available online through our live chat and email address features.