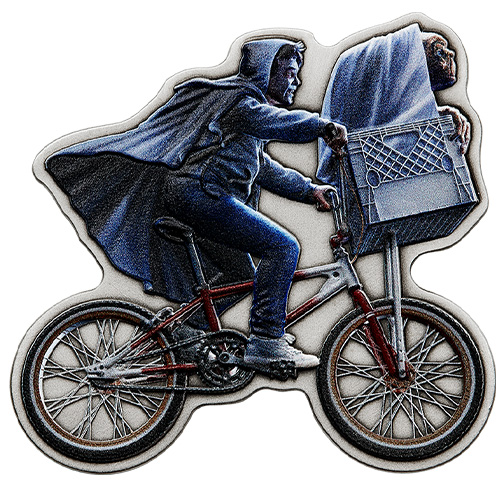 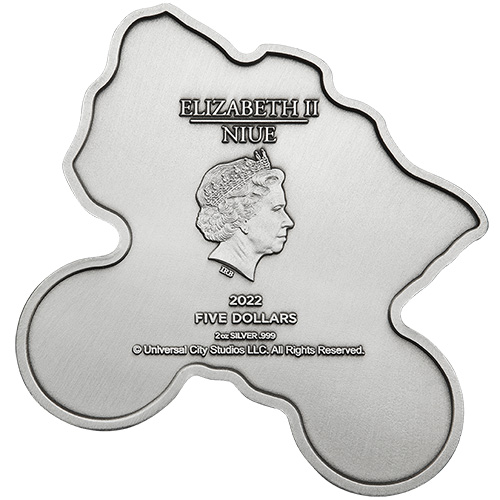 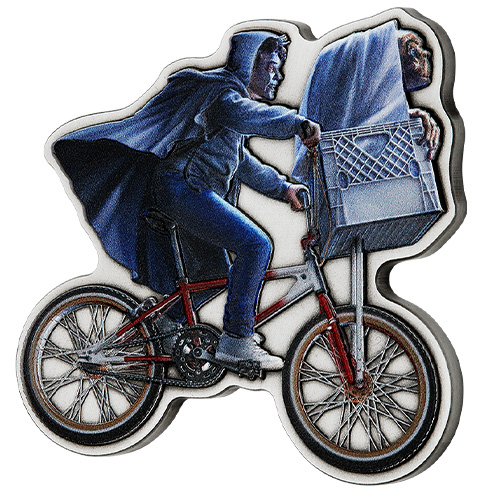 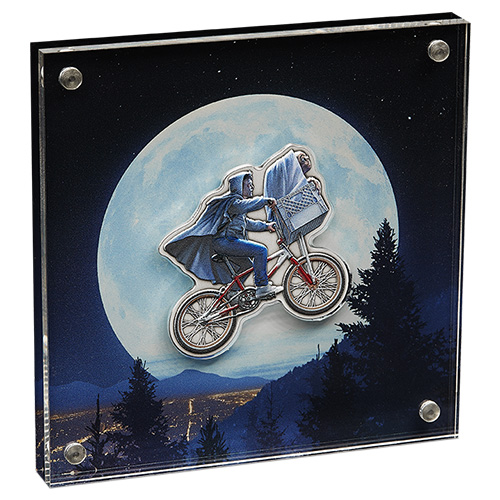 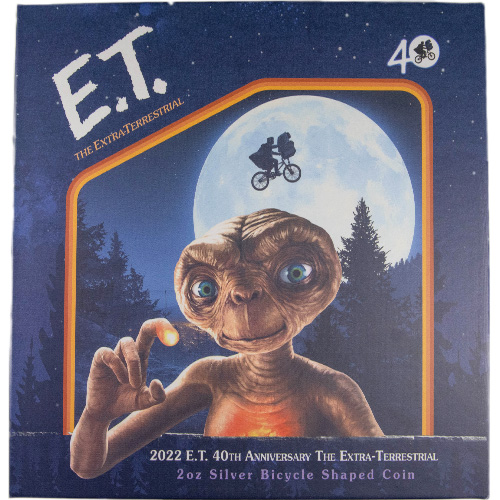 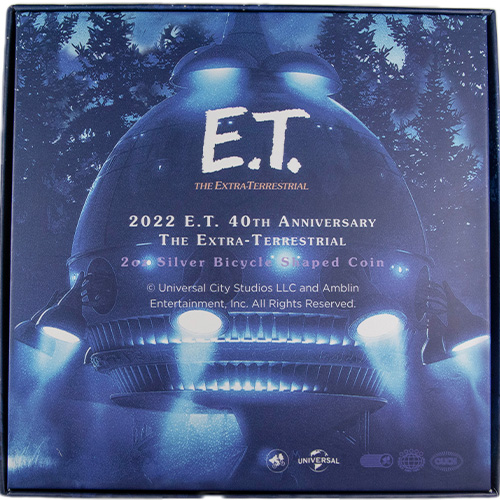 At JM Bullion, we invite you to celebrate the 40th anniversary of E.T. with these fully licensed commemorative shaped coins! Released in 1982, E.T. defined the childhoods of an entire generation thanks to its timeless story about friendship, adventure, and the importance of home. Directed with an awe-inspiring sense of wonder by Steven Spielberg, E.T. is easily one of the greatest Science Fiction films ever made. Now, 2022 2 oz Niue Silver 40th Anniversary E.T. Bicycle Shaped Coins are available to you for purchase online from JM Bullion.

A certain generation of moviegoers has incredibly fond memories of walking into that cool, dark theater in the summer of ’82 and experiencing the magic and wonder E.T on the big screen. That magic had a remarkable effect, inspiring numerous other science fiction movies and TV shows, such as The Goonies, Ghostbusters, and Stranger Things. E.T is the pinnacle of what a summer blockbuster can be, a thrilling adventure with heart and soul that both children and adults can enjoy in equal measure.

Each 2022 2 oz 40th Anniversary E.T. Bicycle Shaped Coin is official legal tender backed by the island of Niue. These impressive, colorized specimens will arrive to you in original mint packaging. This includes an acrylic case with the coin mapping onto a printed image of the classic flying bicycle scene from the film. Also included with your purchase is a Certificate of Authenticity.

On the reverse field of 2022 2 oz Niue Silver 40th Anniversary E.T. Coins we see Elliott on his bicycle. Strapped onto the front of the bike is a box holding E.T. This incredible design is taken from the famous scene set on Halloween in which E.T makes Elliot’s bike fly as he rides through the forest.

JM Bullion customer service is available to help you at 800-276-6508 when you buy silver. You can also chat with us live online or simply send us an email with your inquiries.