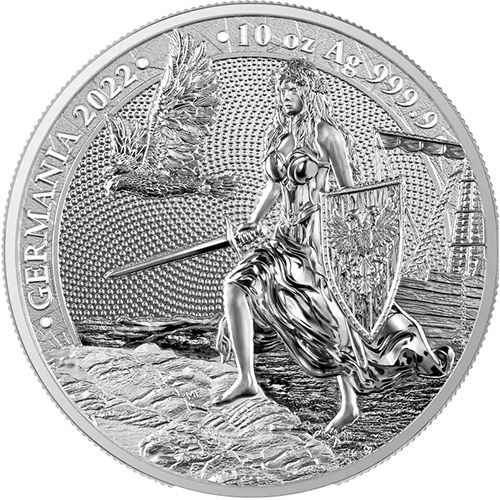 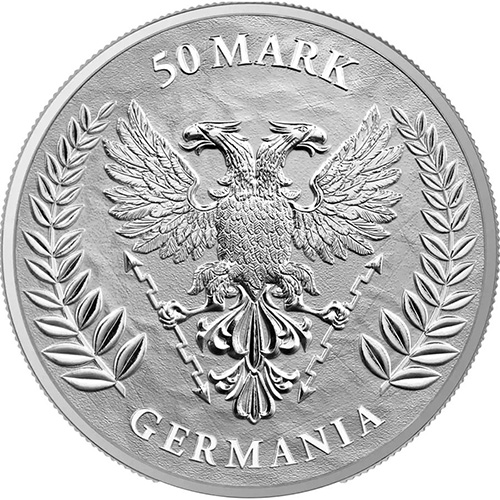 The Germania Silver Series is one of Germania Mints most popular collections. In fact, it might be the single most popular collection ahead of the likes of the Mythical Forest and The Allegories. Germania is a symbol of the Germanic people that has existed in the culture of central Europeans since the Roman Empire. Now, 2022 10 oz Germania Silver Rounds are available to you for purchase online from JM Bullion.

Germania is a broad term that has been used since the era of Roman domination on the European continent. At one point in time, the term Germania was used to refer to the region in central Europe that the Romans struggled to control. Eventually, the term grew to become associated with a female personification of the Germanic people living in this region.

During the Medieval Era, the term Germania was first associated with an allegorical figure. In this case, her figure was used as a portrayal of the lands and provinces that were ruled over by the Holy Roman Empire. Later, the German Empire would adopt the personification of Germania in its symbolism.

The obverse side of 2022 10 oz Germania Silver Rounds comes with a new depiction of the allegory known as Germania. Here, she is shown disembarking from a long journey at sea. As she takes her first steps onto new land, she is ready to combat whatever stands in her way as she wields the Reichsschwert in her right hand and defends herself with a shield in her left. The double-headed eagle flies at her side as her vessel is clearly visible in the background.

On the reverse face of the 2022 Germania Silver Round, you will find an image of the Germania Mint seal. This seal comes with a depiction of a double-headed eagle in front-facing relief. The two heads of the eagle look in opposite directions, offering both vision of the past and vision toward the future. The eagle clutches lightning bolts in its talons and is flanked by olive branches.

These 2022 10 oz Germania Silver Rounds are available individually in plastic capsules. The 10 oz silver round in this series has the second lowest mintage at just 1,000 in total. This is the same number as the 1 oz proof silver round and above only the 1 kilo silver round.

JM Bullion customer service is available to assist you at 800-276-6508 when you buy silver. We are also available to you online through our live chat and email address features.