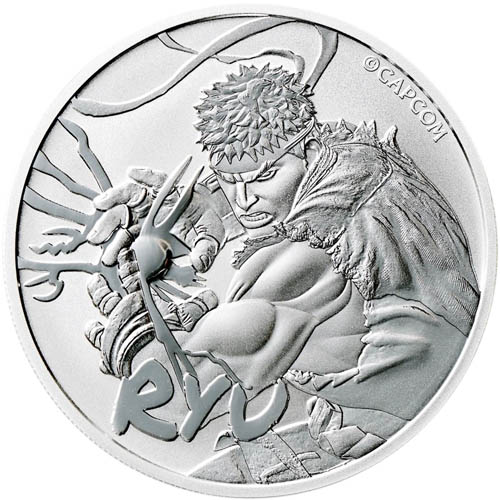 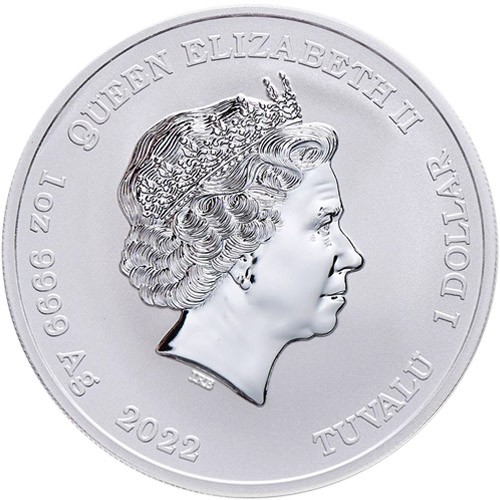 The Perth Mint is celebrating the 35th anniversary of the original Street Fighter arcade franchise with the release of character-themed coins in 2022. In 1987, Street Fighter changed the face of arcade gaming and introduced what would become one of the most popular genres in the history of video games: fighter games. The first release in this new series depicts Ryu, one of the central figures throughout the history of this franchise. Now, 2022 1 oz Tuvalu Silver Street Fighter Ryu Coins are available to you for purchase online from JM Bullion.

Ryu has been the lead character, and one of the most popular overall, in the Street Fighter franchise since the first game was released in 1987. From that very first game through all the crossover projects and games, Ryu has remained a playable character that gamers could use to challenge one another in player-vs.-player mode and when competing against bosses.

Street Fighter is one of the most popular video game franchises of all time. The 1987 release was followed up by Street Fighter II, a direct successor, in 1991. Beyond the arcade, various other versions of the game have been released on consoles from the Commodore 64 and Atari ST to the PlayStation 2, Xbox, Playstation 4, Xbox One, Nintendo Switch, and Windows PC games.

On the obverse of 2022 1 oz Tuvalu Silver Street Fighter Ryu Coins is an effigy of Queen Elizabeth II. Her Majesty is shown here in right-profile relief wearing the Girls of Great Britain and Ireland Tiara. This iconic fourth-generation portrait of the Queen was created in 1998 by Ian Rank-Broadley for the Royal Mint and has proliferated across coinage for various Commonwealth Nations.

The reverse side of the 2022 1 oz Silver Street Fighter Ryu Coin features a depiction of Ryu. His character is listed as being of Japanese descent boasting a fighting style that is rooted in Shotokan-style Karate. Overall, his martial arts skills are rooted in assassination arts.

These 2022 1 oz Tuvalu Silver Street Fighter Ryu Coins are available to you in Brilliant Uncirculated condition. The 1 oz silver coins in this series are individually encapsulated, housed in rolls of 20, or available in boxes of 100 coins. The box holds a total of five individual 20-coin rolls.

JM Bullion customer service is available at 800-276-6508. Additionally, you can chat with us live online or send us an email.