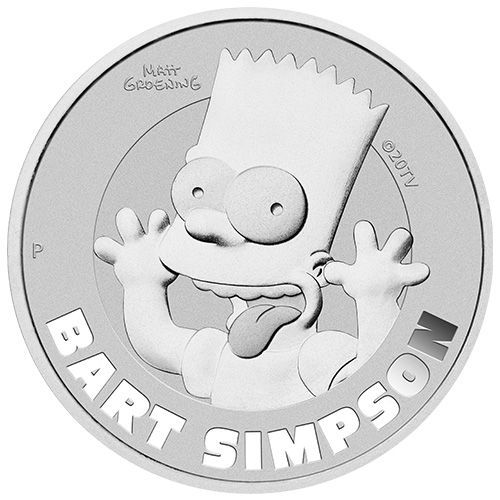 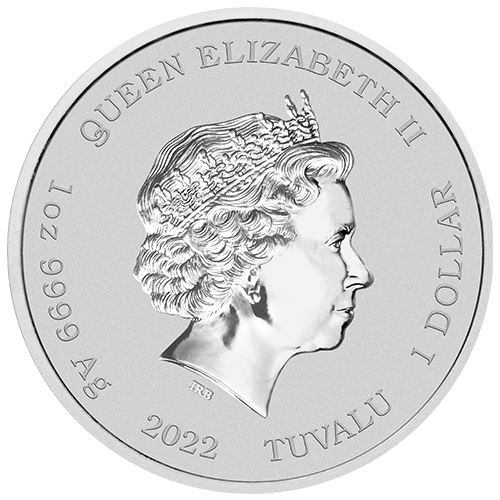 Most Americans are familiar with the members of the Simpson family. Gracing TV screens across the United States and around the world for more than three decades now, The Simpsons offers comedic relief as this quirky family interacts with one another and the other citizens of Springfield. The most mischievous member of the family is the lone son and eldest child, Bart Simpson. Now, 2022 1 oz Tuvalu Silver Bart Simpson Coins are available to you for purchase online from JM Bullion.

The members of the Simpson family first appeared on television in the United States in April 1987. The cartoon family was initially featured in 30-second shorts appearing as a part of The Tracey Ullman Show. Two years later, the cartoon was picked up by FOX for a 30-minute animated series that still airs today.

Bart Simpson is the eldest of the Simpson children and is the only son. Marge and Homer have two younger daughters, the brilliant middle child, Lisa, and the voiceless infant, Maggie. Bart is voiced in the series by Nancy Cartwright and, like the other Simpson children, has remained 10 years old since the series launched in 1989.

Queen Elizabeth II is on the obverse side of 2022 Tuvalu Bart Simpson Coins. Her Majesty is shown here in right-profile relief in the popular Ian Rank-Broadley design. Created in 1998, the image shows the Queen with the Girls of Great Britain and Ireland Tiara on her head.

Bart Simpson is featured in the reverse field of 2022 1 oz Bart Simpson Silver Coins. This design shows Barts face as he sticks out his tongue and raises his thumbs to his ears. This mocking design is a perfect fit for Barts attitude.

JM Bullion customer service is available at 800-276-6508 if you have questions about 1 oz silver. You can also chat with us live online or email us directly.