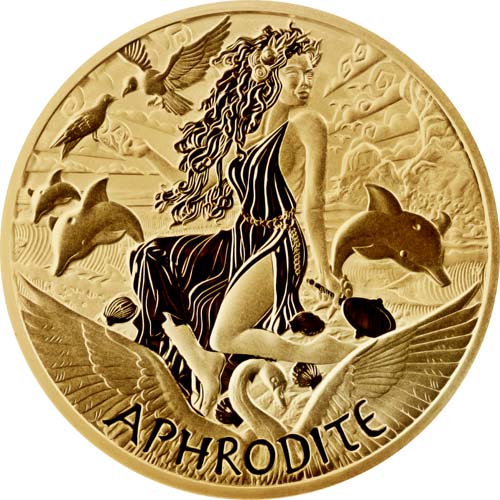 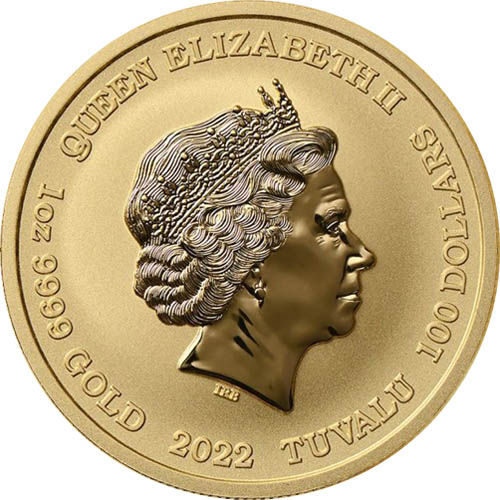 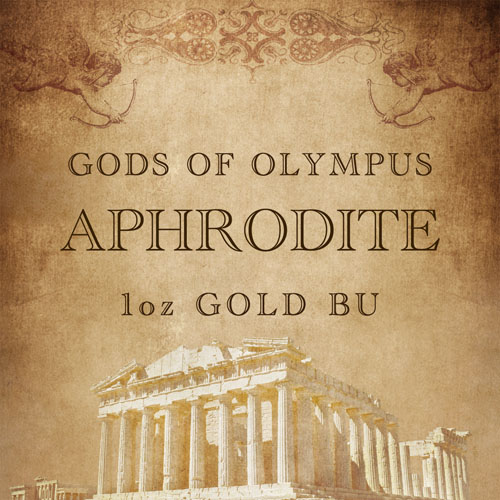 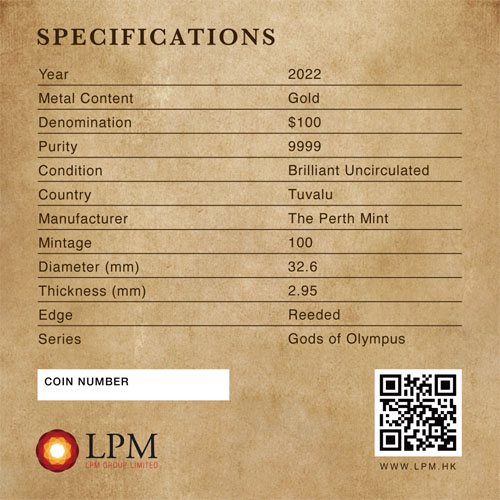 Aphrodite was the ancient Greek goddess of love and pleasure, lust, passion, and beauty. She’s celebrated by the sixth collectible in the Perth Mint’s Gods of Olympus series, a figure of rich complexity who captivated the imaginations of the ancient and modern worlds alike. She represented many of the luxuries and delights that made mortal life worthwhile, but on the other hand she represented the ways in which passion could drive men and gods alike into frenzied and violent excess. The most iconic of images associated with her is her emergence, fully-formed, from a foaming sea, as seen on the Perth Mint’s 2022 1 oz Tuvalu Gods of Olympus Aphrodite Gold Coin.

As told by the ancient poet Hesiod, who in the Theogony records the origins and genealogies of the gods, the Titan Kronos overthrew his father, Ouranos, in a battle by the sea. Parts of Ouranos’ body were cast into the foaming waves and gave rise to the beautiful Aphrodite, who emerged fully formed from the waves. This scene has been an iconic theme of Western art, and appears on this gorgeous pure gold collectible with the goddess risen from the waves and sitting on a rock — perhaps Aphrodite’s Rock, a real place in Cyprus — surrounded by scallop shells and accompanied by three dolphins and a seagull, with a swan in the foreground.

The 2022 Tuvalu Gods of Olympus Aphrodite Gold Coin has a Brilliant Uncirculated finish that preserves its original-mint luster. It comes in themed packaging nestled inside a secure acrylic capsule, with each shipment tracked and fully insured by JM Bullion.

The obverse side of the coin features an effigy of the late Queen Elizabeth II to verify it as legal tender. This is accompanied by the inscriptions “1 oz 9999 Ag,” “2022,” “TUVALU,” “100 DOLLARS,” and “QUEEN ELIZABETH II.”

The coin’s reverse side shows Aphrodite in her flowing robes, with a dove in one hand and a mirror in the other. The swan in the foreground has wings outstretched and is accompanied by the inscription “APHRODITE.”

Connect with JM Bullion today for more information about 1 oz gold. Phone us at 800-276-6508, send us an inquiry by e-mail, or chat live online with one of our agents.