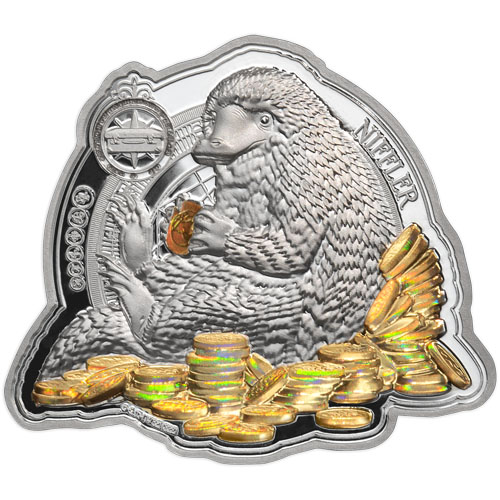 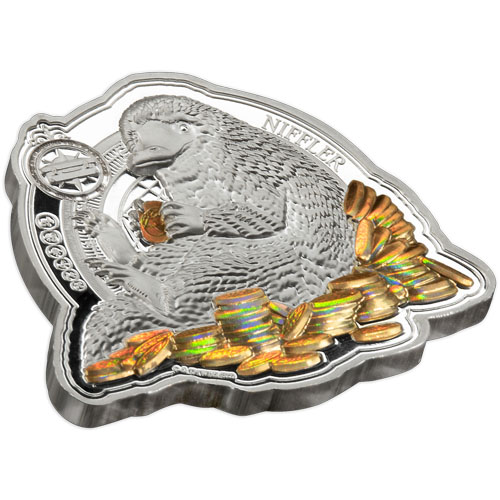 The fantasy universe of Hogwarts, a magical boarding school for wizards, was first made popular by the Harry Potter series of books and the blockbuster films that adapted them. They received an equally-popular on-screen spinoff in the Fantastic Beasts film series, featuring a menagerie of magical animals that captured the imaginations of fans everywhere. One of the most adorable is celebrated by the 2022 1 oz Samoa Silver Fantastic Beasts The Niffler Coin, now on offer for purchase through JM Bullion.

The fictional universe of Hogwarts, a parallel and secret magical reality ruled by wizards and filled with enchanting wonders, was a phenomenon when the first Harry Potter books made their appearance. It has always featured vividly designed and realized fantasy creatures and fauna, but this element of the setting truly took center stage with the Fantastic Beasts spinoff films that revolved around plots related to magical animals of all kinds. Of these, one of the most universally adored by fans is the Niffler, a fuzzy platypus-like critter with a penchant for shiny objects.

The inquisitive and playful spirit of the Niffler is beautifully captured by the high-relief artwork of the unusually-shaped 2022 Samoa Silver Fantastic Beasts The Niffler Coin, the latest in a series of Samoan-issued coins to commemorate the new films. The coin’s gorgeous proof-like finish is an ideal complement to the detailed, partly-colorized artwork of its fantastical subject. JM Bullion ships this item in its own individual box packaging with a Certificate of Authenticity, fully insured against damage or loss en route.

The reverse side features a Niffler at play in a pile of coins refined with gold-colored hologram foil, representing exactly the kind of shiny objects it loves to dig for. It’s accompanied by the inscription “Niffler,” a miniature image of a treasure chest overlaid on a compass rose, and a series of magical runes.

The obverse features a Samoan coat of arms along with the inscriptions “SAMOA,” “2022,” and “1oz Ag999” and “5 Dollars” indicating the silver quality and face value.

The team at JM Bullion is available to answer your questions at 800-276-6508. You can also reach us by e-mail or via our online live chat with questions when you buy silver.