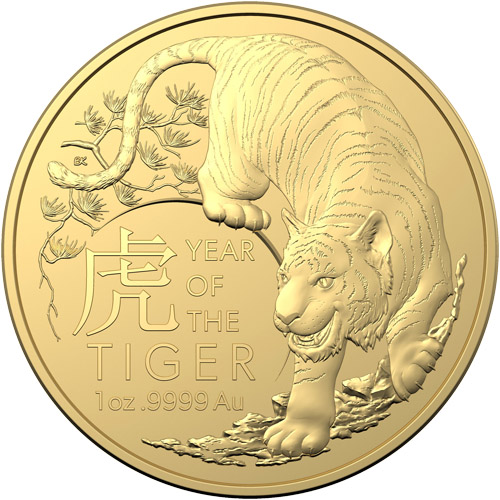 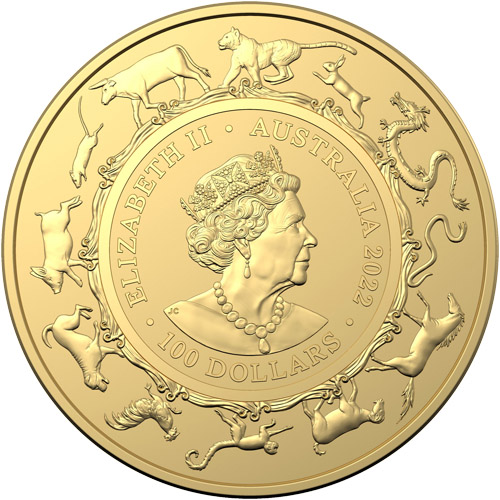 The Zodiac calendar is a popular theme for coinage around the world. The lunar calendar is a fixture of Chinese culture, with each year being represented by one of twelve animals. For 2022, we are celebrating the Year of the Tiger, and right now, you can get your very own 2022 1 oz Royal Australian Mint Gold Year of the Tiger Coin from JM Bullion in brilliant uncirculated condition.

Each coin in this listing ships in a plastic capsule for protection during shipping, storage, and displaying. The capsule keeps the surface of the coin clean and prevents damage like dings, dents, or spotting.

Every year, multiple mints release coins with Chinese Lunar-themed coins. These coins are always popular, as the designs are fun and whimsical. According to Chinese legend, the animals associated with the zodiac are in a certain order due to The Great Race. The legend states that the Jade Emperor asked the animals to race to a meeting with him. The rat was the first animal to cross the river to meet the emperor, followed by the ox and the tiger.

On the obverse, Queen Elizabeth II is proudly displayed in her tiara and bold jewelry. This depiction of Queen Elizabeth II was created by Jody Clark, marking the fifth and most recent rendition of Her Majesty for coins. The design was released in 2015, and Clark’s initials can be found in the design. Her Majesty was actually born during the Year of the Tiger, which makes these coins extra special. Around the image of the Queen, you will see the lunar calendar wheel with the tiger sitting right at the top.

The reverse image is that of the confident tiger. The tiger’s mouth hangs open as it walks across pine branches. Also featured on this face of the coin is the Chinese symbol for Tiger, “Year of the Tiger,” and the weight and purity of the coin.

Should you have any questions when you buy gold, please don’t hesitate to contact our customer service team. We have associates ready to help you via live chat, email, and telephone at 800-276-6508.