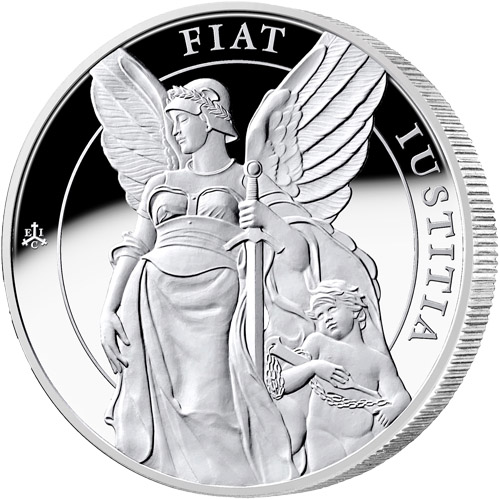 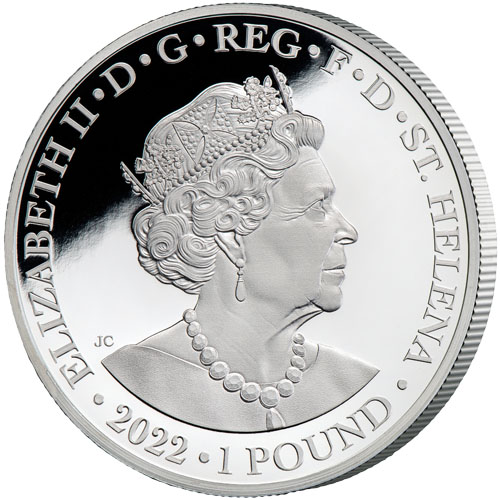 Queen Victoria was an epoch-making British monarch, reigning longer than any other King or Queen before her and compassing the birth of much of modern, industrialized society in the British Empire during her time. As such, it’s probably not surprising that she was the first monarch to be identified with six iconic virtues that made appearances, in allegorical and personified form, on her funerary monument when it was created in 1901. The fourth of those virtues, Justice, is celebrated in the fourth issue of the East India Company’s magnificent Queen’s Virtues series. The 2022 1 oz Proof St. Helena Silver Queen’s Virtues Justice Coin is now available from JM Bullion.

Lady Justice’s history as an allegory for the moral force of law goes back to the early Roman Empire and specifically to the Emperor Augustus, who created a cult for a similar figure that he called Justitia. That deity’s design has influenced depictions of Lady Justice over centuries since: sometimes she is presented as an impartial judge (symbolized by a blindfold and scales), while at other times she’s an active champion of order, clad in a toga and wielding a sword. It’s this interpretation that appears in pure silver on the latest Queen’s Virtues collectible.

The 2022 Proof St. Helena Silver Queen’s Virtues Justice Coin features gorgeous high-relief engravings offset against the brilliant mirrored backgrounds of a true proof-quality coin. It comes in a display case with a Certificate of Authenticity, and each shipment is fully insured against loss or damage by the team at JM Bullion.

The coin’s obverse side fears the latest official effigy of Queen Elizabeth II, designed by engraver Jody Clark and first circulated in 2016. The profile portrait is accompanied by the inscriptions “QUEEN ELIZABETH II,” “ST. HELENA,” “ONE POUND,” and “2022.”

A detailed engraving of Lady Justice dominates the coin’s reverse side, bearing a sword and accompanied by a child squire. The design is completed by the rim inscription “FIAT JUSTITIA,” which means “Let Justice Be Done.”

Contact us today to learn more about any silver coin for sale. Call us today at 800-276-6508, send an inquiry to our e-mail, or talk with an agent at our online live chat.