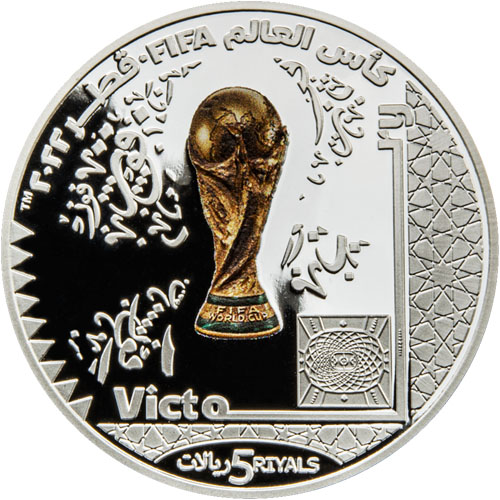 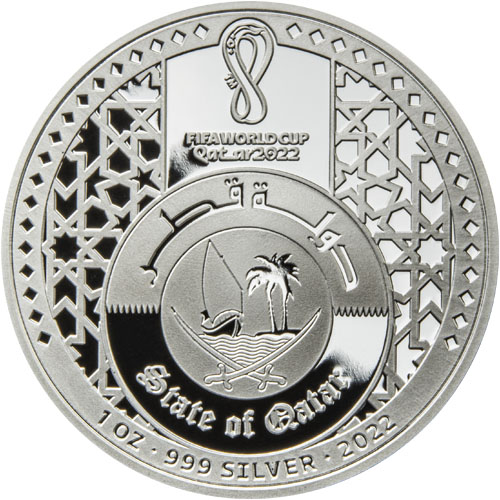 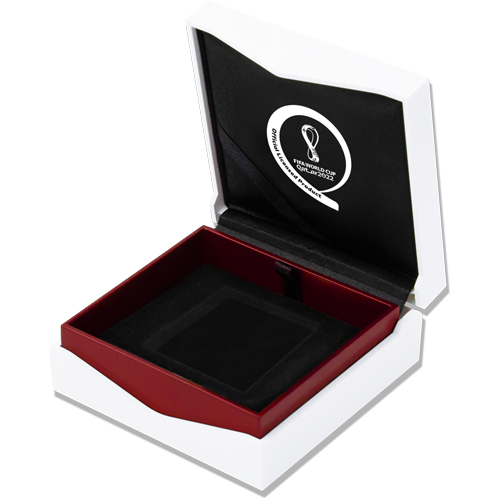 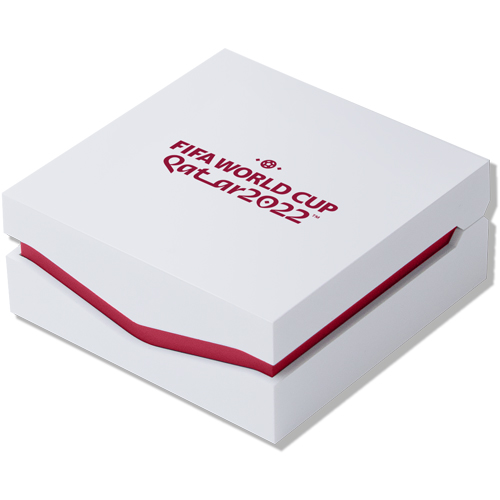 On December 18th, 2022, the winner of this year’s FIFA World Cup will be announced. The victor will come away with the prized FIFA World Cup Trophy, which is currently held by France. Now you have the chance to own a beautiful tribute coin that includes a gilded replication of the trophy on the reverse field. Right now, 2022 1 oz Proof Qatar Silver FIFA World Cup Victory Coins are available to purchase online at JM Bullion.

Each 2022 1 oz Qatar Silver FIFA World Cup Victory Coin has been struck in .999 pure silver and is recognized as legal tender by the government of Qatar. These remarkable pieces were struck with special dies that resulted in a stunning proof finish. They also include selective gilding on the reverse side. Upon arrival, you will find your coin housed inside protective presentation packaging.

The obverse of 2022 1 oz Proof Silver FIFA World Cup Victory Coins contains the national coat of arms of Qatar. In this design, two swords form a cross, and above them, there is a sailboat atop ocean waves. Beside the boat, there is a small island with two palm trees. The words State of Qatar are shown in beautiful Old English font as well as in Arabic script. Additional inscriptions read 1 oz .999 Silver.

On the reverse field of the 2022 1 oz Proof Qatar Silver FIFA World Cup Victory Coin there is a gilded rendering of the FIFA World Cup Trophy. This prize was made by the company Stabilimento Artistico Bertoni in Italy and designed by sculptor Silvio Gazzaniga.

If you have any questions when you buy silver, please don’t hesitate to ask. JM Bullion customer service is available at 800-276-6508, online using our live chat, and via our email address.