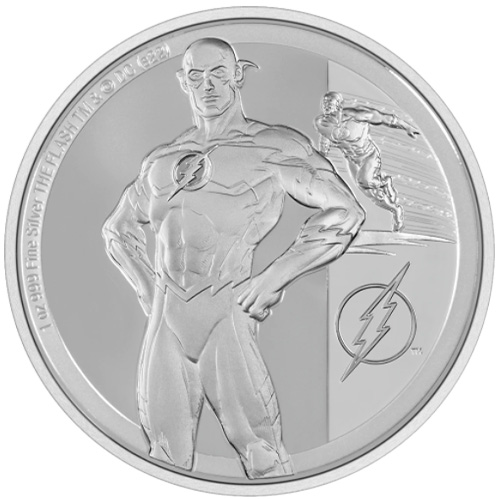 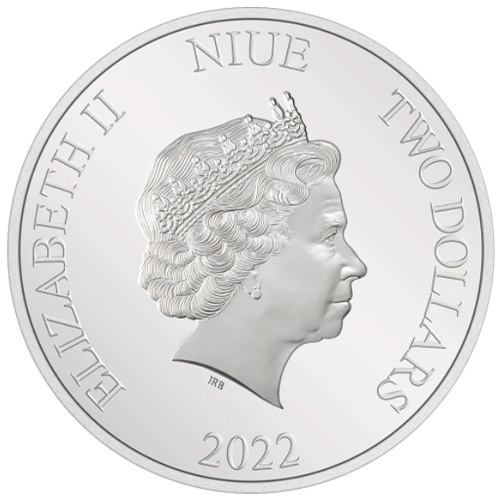 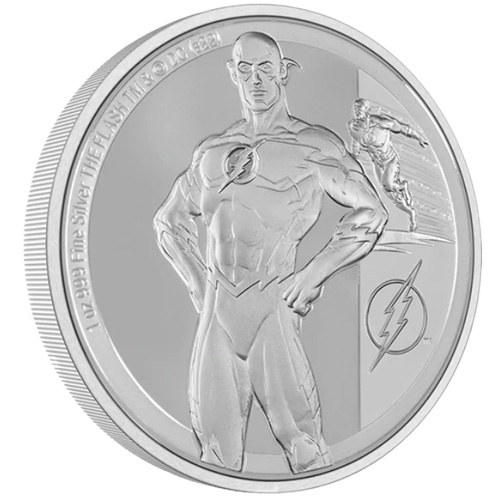 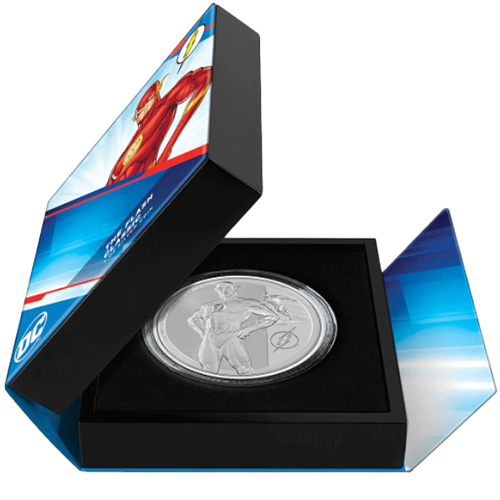 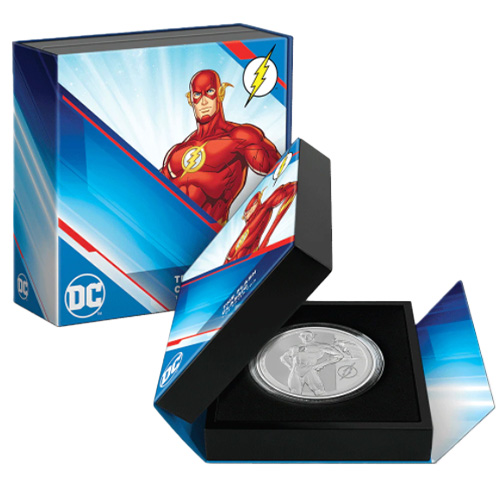 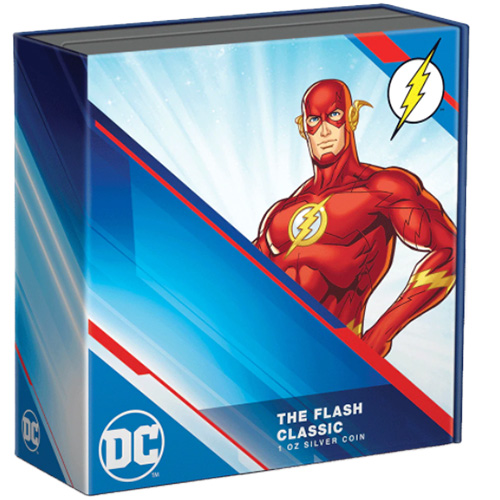 One of the early pioneers of the Golden Age DC Comics brand in 1939 was the super-fast hero known as the Flash, known for his superhuman speed of movement and thought and nicknamed the Scarlet Speedster and the Fastest Man Alive. A series of different men wore the Flash’s tights over the years, and one of the character’s most enduring incarnations has been Barry Allen, who was part of the Silver Age revival of superhero titles in 1956. He’s featured on the 2022 1 oz Proof Niue Silver Classic Superhero Flash Coin, now on offer from JM Bullion.

The first man to don the mantle of the super-speedy champion the Flash was Jay Garrick, who battled evil during the Golden Age of comic books during the Second World War. The best-known of his successors, and the most widely-famous version of the character, was Barry Allen, who took on the hero’s iconic lightning-bolt sigil as part of a major revival of superhero comics starting in 1956.

As such, Barry Allen made sense as the primary subject of the 2022 Proof Niue Silver Classic Superhero Flash Coin. Showcasing proof-quality pure silver with frosted, sculpted foreground art and mirror-like backgrounds, this coin comes with a Certificate of Authenticity that specifies its unique number in the mintage. Each coin comes in a protective acrylic capsule, nestled in a velvet-lined display box and fully insured in transit by JM Bullion.

The famous effigy of Queen Elizabeth II, designed in 1998 by Ian Rank-Broadley, features on the coin’s obverse side and identifies it as legal tender. It’s accompanied by the inscriptions “ELIZABETH II,” “NIUE,” “TWO DOLLARS” and “2022.”

The reverse side features Barry Allen as the Flash both in fast-moving action and in a powerful pose alongside his lightning-bolt sigil, with a montage of comic panels in the background. On the rim are inscriptions that verify the silver’s weight and purity and show the copyright and trademark of DC.

Feel free to contact JM Bullion for more information when you buy silver. You can phone us at 800-276-6508, reach out to us by e-mail, or touch base using our online live chat.