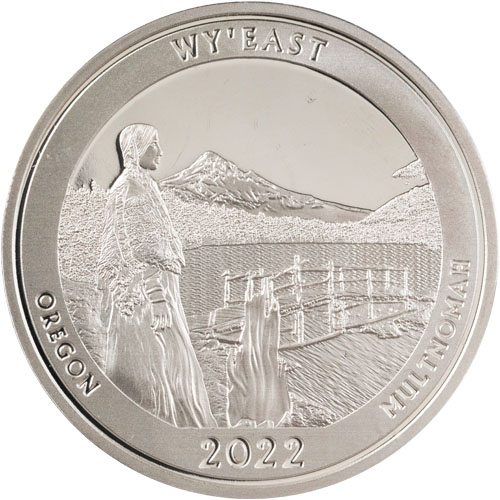 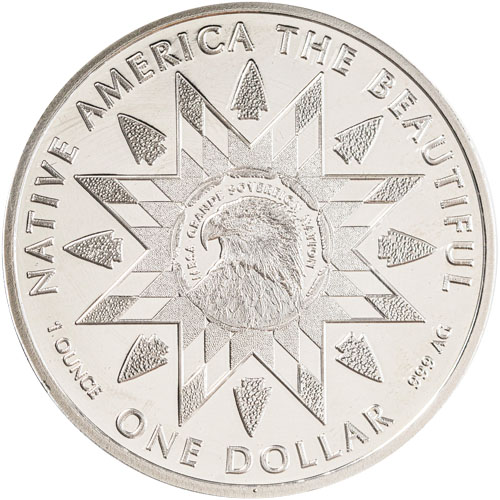 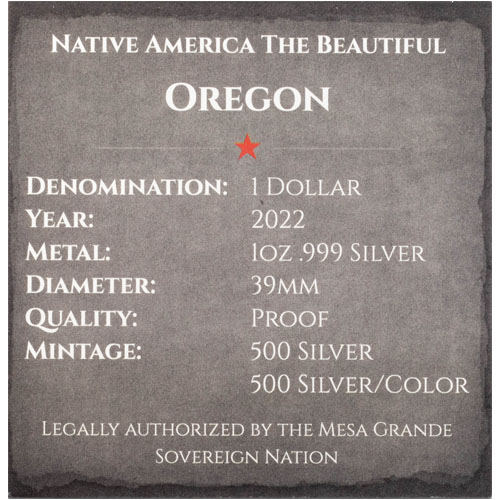 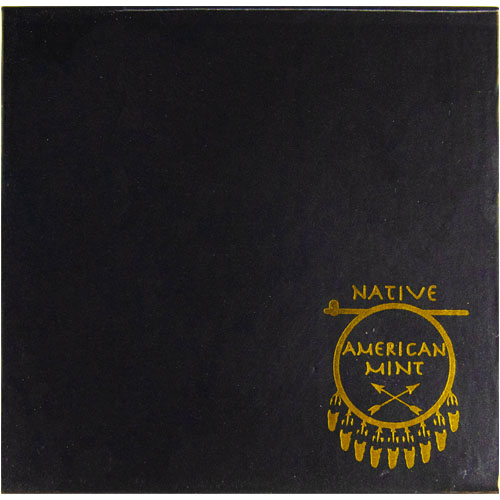 The historical reference inscribed on this release is Wy’east, which was the name given to the stratovolcano Mt. Hood by the Multnomah tribe. According to legend, it was created when the sons of the Great Spirit Sahalie were transformed into mountains following their foolish behavior. Sahalie granted them the power to establish the Multnomah and Klickitat peoples, and yet the two brothers proved incapable of creating peace between their respective tribes. And so as punishment they were transformed into the mountains that today are known as Mount Adams and Mount Hood.

Each 2022 1 oz Native America the Beautiful Oregon Silver Coin was produced by the Native American Mint and will arrive in brand-new condition. These coins have been struck with elegant proof visuals, which gives the fields a mirror-like quality and the devices a frosted appearance. Included with each purchase is a display box with a Certificate of Authenticity from the mint.

The obverse of 2022 1 oz Proof Native America the Beautiful Oregon Coins features a Native American woman standing before a fire. Per legend, this woman is Loo-wit, an old woman transformed into youth who brought warmth and peace to the warring Multnomah and Klickitat tribes. In the background, we see the bridge, which symbolized unity between the two tribes. Far off in the distance is a stunning view of Mount Hood. Inscriptions read Wy’east, Oregon, Multnomah, 2022.

If you have any questions about 1 oz silver, please feel free to contact JM Bullion. You can call us at 800-276-6508, chat with us live online, or email us directly.