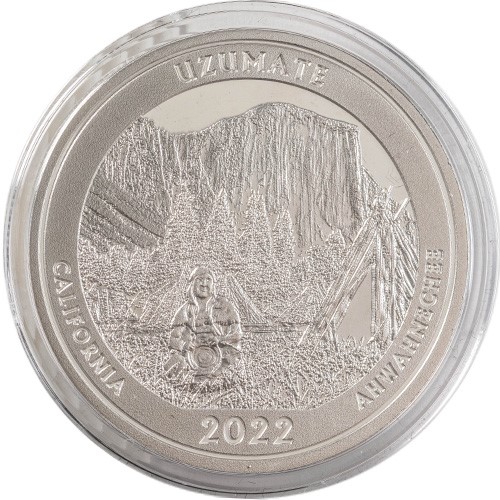 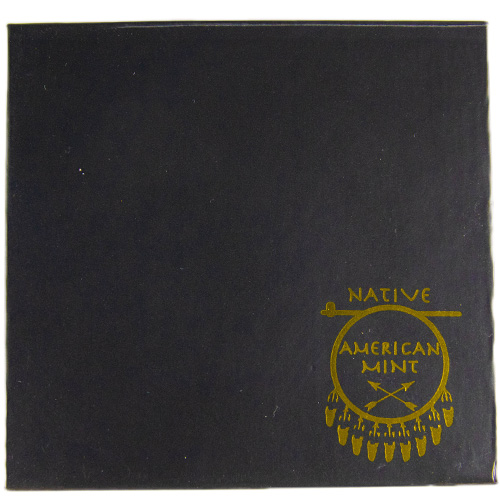 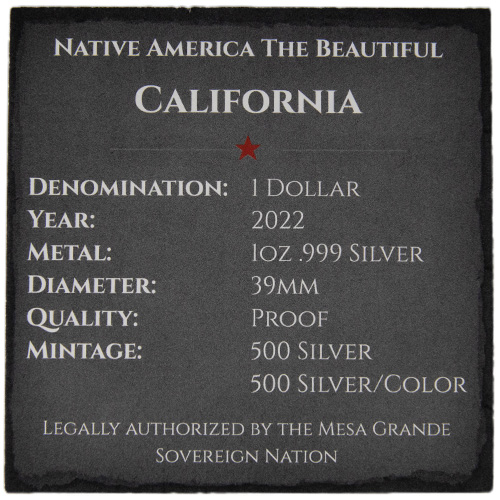 Any quantity available for $40.99 per coin over spot!
Add to WishlistLog In to add this product to your Wishlist
Free Shipping on $199+ Orders

On the obverse of 2022 1 oz Proof Native America the Beautiful California Coins, there is a depiction of a Native American settlement. The image shows a tribal figure amidst a grassy field. In the background, we see a series of tipis, as well as the iconic rock formation known as El Capitan. At the top of the coin is the word Uzumate, which is where we get the word Yosemite. You will also see the inscription Ahwahnechee, which is the name of the people who originally inhabited the Yosemite region. The words California, 2022, are also shown along the rim.

Each 2022 1 oz Proof Native America the Beautiful California Silver Coin is legal tender under the authority of the federally recognized Mesa Grande Sovereign Nation. Each coin includes a beautiful proof finish and arrives inside a display box with a Certificate of Authenticity.

JM Bullion customer service is available at 800-276-6508 to answer questions when you buy silver online. We are also available to you online through our live chat and email address features.