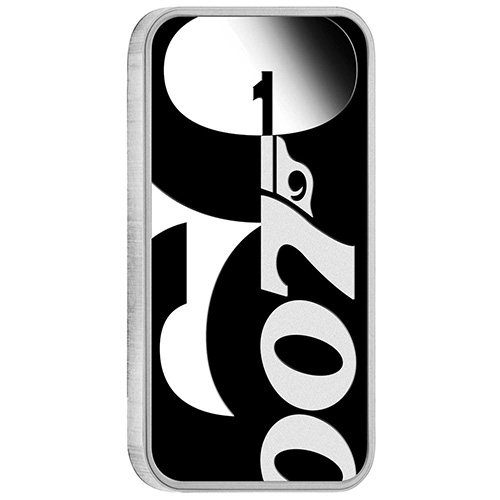 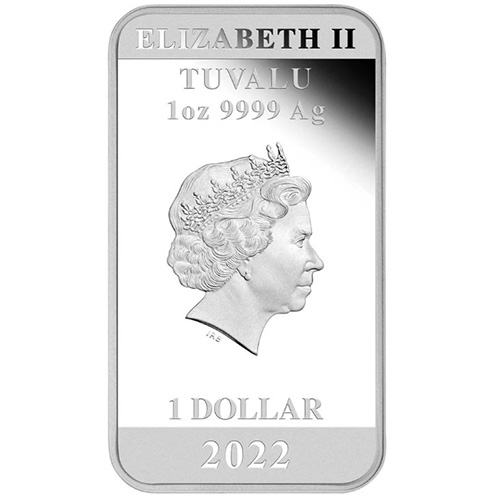 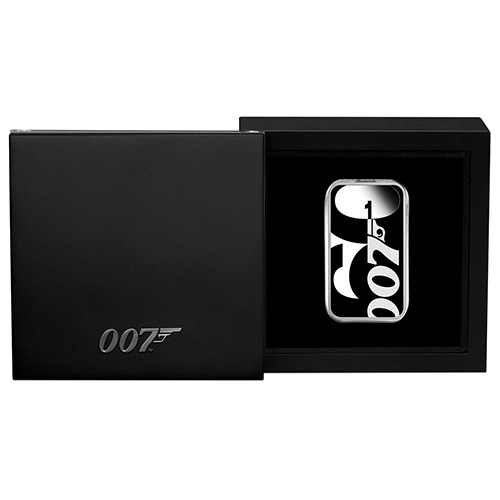 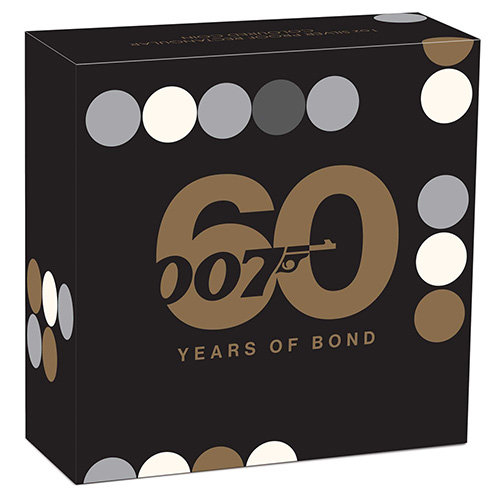 In 2022, the James Bond film franchise celebrates its 60th anniversary. The first Bond film to hit theaters around the world was Dr. No, a film released in 1962 by Eon Productions with Sean Connery in the role of James Bond. Now 60 years later, Daniel Craig is the most recent actor to fill the role and recently completed his fifth, and final, turn as James Bond in the 25th film in the franchise. Today, 2022 1 oz Proof Colorized Tuvalu Silver 60 Years of Bond Rectangular Coins are available to you online from JM Bullion.

Ian Fleming’s British Secret Service agent known as James Bond was introduced to readers in 1953. A decade later, James Bond hit the big screen for the first time when Eon Productions introduced Dr. No with Sean Connery in the leading role. Over the next decade, Connery would play the role of Bond six times between 1962 and 1971, with George Lazenby appearing in the role in the sixth overall film in 1969.

All of these 2022 1 oz Proof Colorized Tuvalu Silver 60 Years of Bond Rectangular Coins are available inside individual presentation boxes. The inner box has a 007 theme, while the outer shipper features a 60th-anniversary theme. Each one of the coins available here comes with a numbered Certificate of Authenticity and colorized reverse fields. The colorization consists of a black finish on the background elements.

On the obverse of 2022 Proof Colorized Tuvalu Silver 60 Years of Bond Rectangular Coins, you will find a right-profile portrait of Queen Elizabeth II. Her Majesty is shown here in the 1998 design from Ian Rank-Broadley. The design elements include a right-profile relief of Elizabeth II wearing the Girls of Great Britain and Ireland Tiara.

The reverse side of 2022 1 oz Proof Colorized Silver 60 Years of Bond Rectangular Coins features the 007 logo. This is accompanied by the 60th-anniversary design in the background. Over the last 60 years, six men have filled the shoes of James Bond on the big screen. The first was Sean Connery, whose seven appearances in total tie Roger Moore for the most in the franchise. George Lazenby appeared as Bond in one film, Timothy Dalton in two films, Pierce Brosnan in four films, and most recently, Daniel Craig in five films.

Please contact JM Bullion with any questions about these 1 oz silver coins. Our team is available at 800-276-6508, online using our live chat, and via our email address.