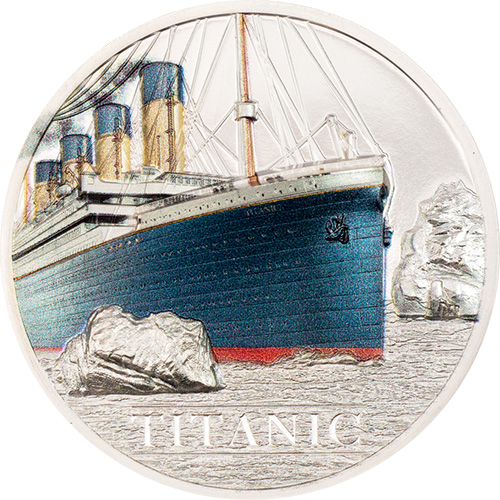 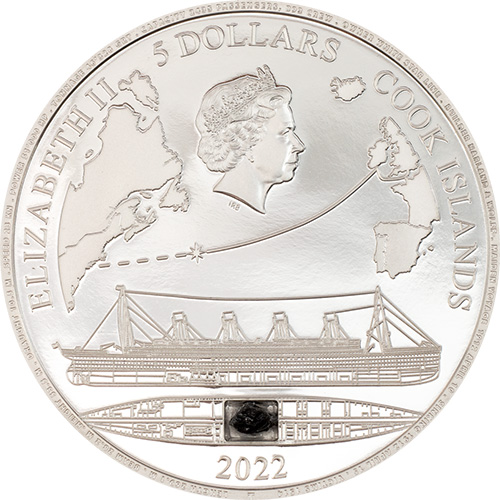 There is little question that the RMS Titanic is the most well-known ocean liner in the history of cruise ships. In its day, the Titanic was the largest ship ever built and was billed by its owners, White Star Line, as an unsinkable ship. The poor souls sailing on its maiden voyage found out the hard way that this was far from the truth. Today, 2022 1 oz Proof Colorized Cook Islands Silver Titanic Coins are available to you online at JM Bullion.

Owned and operated by White Star Line, the Titanic was one of three Olympic-class ocean liners that the company had built, and it was the second one commissioned into service. The ship was the largest afloat at the time it was completed and was billed by the company as being unsinkable, largely due to the then-groundbreaking design of the ship. Its maiden voyage would prove that label inaccurate.

All of the 2022 1 oz Proof Colorized Cook Islands Silver Titanic 1912 Coins available here come in a plastic capsule. The coin and capsule arrive with a window box display so you can view the coin in its capsule at all times. The coins also come with a Certificate of Authenticity and boast proof visuals that offer contrasting frosted designs with mirrored fields. Additionally, these coins have an ultra-high-relief strike that creates visual depth for the field and enhanced 3D relief on the design elements.

On the obverse of 2022 Proof Colorized Cook Islands Silver Titanic 1912 Coins, you will find the image of Queen Elizabeth II. Her Majesty is featured here in Ian Rank-Broadleys 1998 design, with the route of the ship from Southampton, UK, to New York City in the United States of America. Beneath this, you see the side profile and overhead view of the superstructure of the ship.

The reverse side of the 2022 1 oz Proof Colorized Silver Titanic 1912 Coin shows the RMS Titanic sailing the North Atlantic. Though no images exist of the Titanic striking the iceberg that doomed its maiden voyage, this scene shows us what it might have looked like as the Titanic sailed the calm waters on that fateful night of April 15, 1912.

Please contact JM Bullion if you have any questions when buying silver. Our team can assist you at 800-276-6508, online using our live chat, and via our email address.