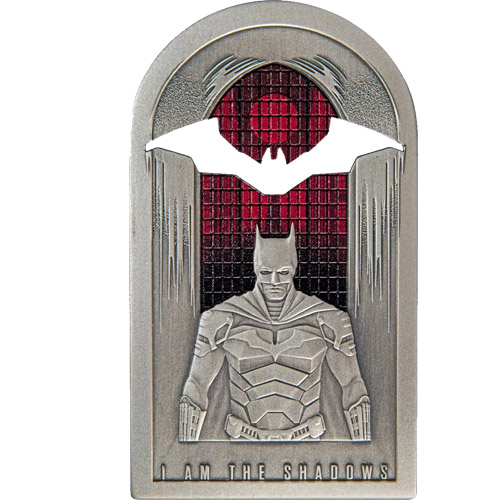 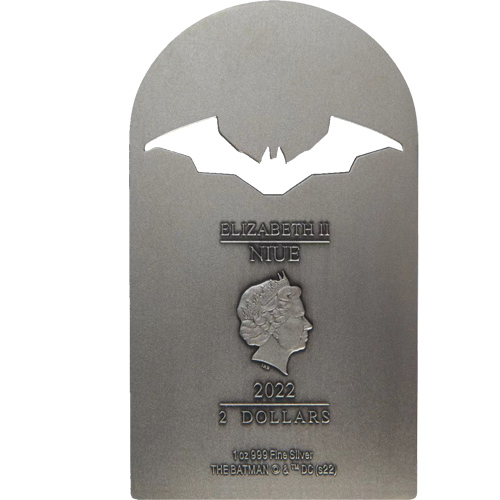 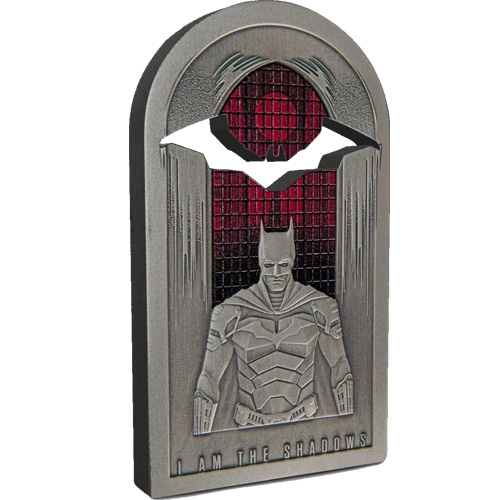 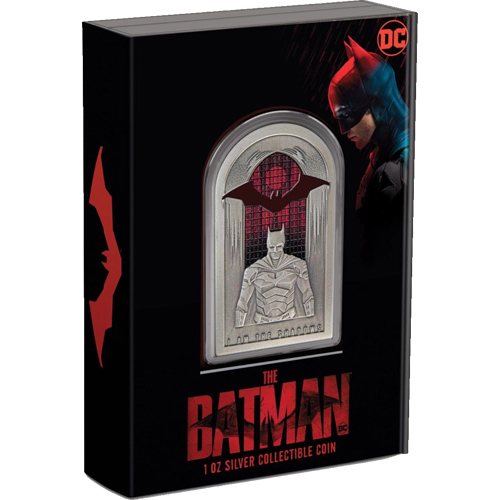 On March 4th, 2022, Warner Bros. Pictures released The Batman, a brand-new take on the legendary Caped Crusader. In honor of this exciting new film, JM Bullion is offering a stunning new coin from The Perth Mint featuring everyone’s favorite vigilante superhero. This specimen is arch-shaped with a bat symbol cutout and a depiction of Batman. Today, 2022 1 oz Niue Silver The Batman Movie Arched Shaped Coins are available to you online from JM Bullion.

The Batman is a 2022 motion picture released by Warner Bros. Pictures. It is the 11th live-action movie featuring the Dark Knight and once again depicts Batman fighting corruption in Gotham City. Unlike previous film versions of Batman, this movie is much more grounded, with the Caped Crusader often seeming more like a street vigilante than an actual superhero. Despite these changes, the film includes many of the characters you love from the comics, including Catwoman, Penguin, and The Riddler.

Each 2022 1 oz Niue The Batman Movie Arched Shaped Coin is delivered to you housed inside an acrylic capsule and official Batman themed packaging. The box includes a window, which allows you to easily view the coin without opening it. Also included is a numbered Certificate of Authenticity. You’ll need to hurry to get these, as only 2,022 coins were minted, which correlates to the year The Batman was released.

The obverse of 2022 1 oz Silver The Batman Movie Arched Shaped Coins features Queen Elizabeth II. This fourth-generation portrait of Her Majesty was created by Ian Rank-Broadley in 1998 for the Royal Mint. The country of origin, weight, metal type, purity and licensing information are also found on this side of the coin.

On the reverse of 2022 The Batman Movie Arched Shaped Coins is a depiction of the Dark Knight himself. Batman is seen here in his full suit, which includes a helmet, cape, and armor. He is shown standing in front of an arched window with the outside painted red. Above this artistic rendering is a cutout of the iconic Bat symbol used in the new film. Beneath is an

inscription of the words I Am the Shadows. This is an actual line used by Batman in the 2022 motion picture.

If you have any questions about this silver coin, please contact JM Bullion. You can reach our customer service team at 800-276-6508, chat with us live online, or simply send us an email with your inquiries.