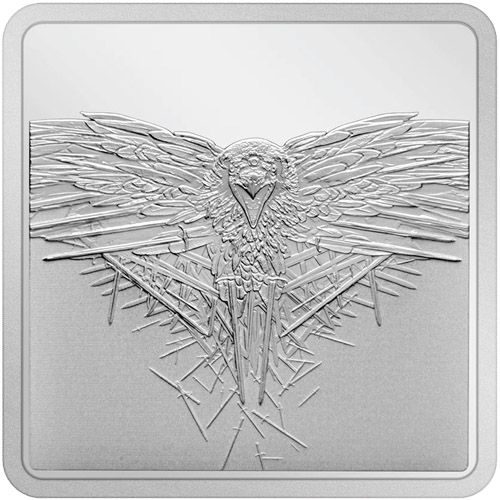 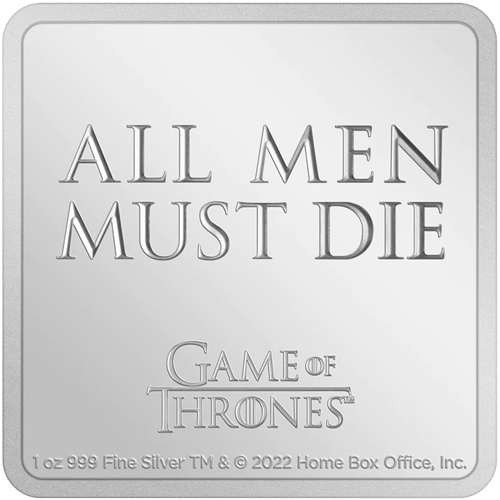 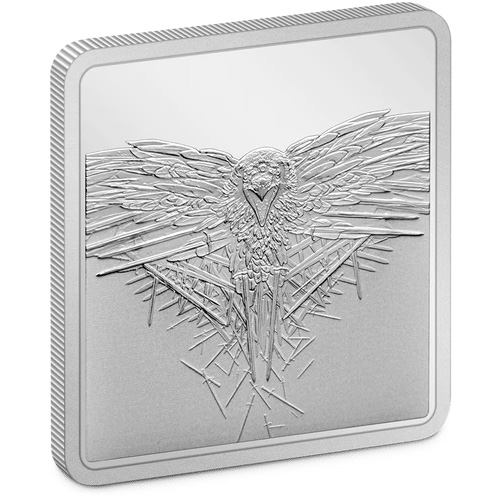 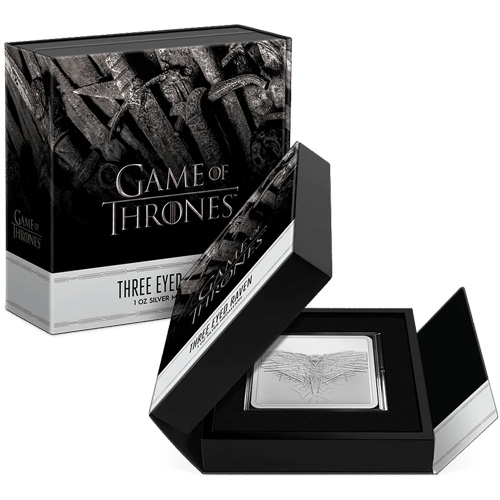 The Game of Thrones series shows the fantasy realm of Westeros at a crossroads between the worlds of humans and of wild nature and ancient magic. At that crossroads stands a kind of visionary called a Greenseer, who can tap into the power of the forests and of life itself to achieve visions of the past, present, and future. One such Greenseer, called the Three-Eyed Raven, shapes the destiny of Westeros by reaching out to a young prince of House Stark and sharing his magic. The enigmatic seer is commemorated by the 2022 1 oz Proof Niue Silver Game of Thrones Three-Eyed Raven Medallion.

Game of Thrones features a vast cast of characters, but its core protagonists are the heirs of the honorable House Stark in Westeros. One of these heirs, Bran Stark, finds himself drawn by visions of something called the Three-Eyed Raven. It turns out that this is an ancient seer able to send his sight throughout time but bound within the roots of a tree: a seer who knows Bran also has his gift. Eventually, Bran steps into the role of Three-Eyed Raven, changing the fate of Westeros.

The 2022 Proof Niue Silver Game of Thrones Three-Eyed Raven Medallion celebrates this character with high-relief engravings, a striking square design and the beautiful mirrored backgrounds of a proof-quality collectible. The team at JM Bullion fully insures each piece against any possible damage or loss, and it comes in attractive Game of Thrones-themed box packaging with its own display case.

The medallion’s obverse side carries an inscription of one of the iconic aphorisms of the Three-Eyed Raven, “ALL MEN MUST DIE.” Beneath it appears the official Game of Thrones logo, the trademark and copyright of HBO, and verification of the medallion’s silver content.

On the reverse side is a high-relief engraving of the Three-Eyed Raven in flight. Trailing beneath it is a stylized design of multiple swords much like those that were forged into Westeros’ Iron Throne, almost as if the raven carries that throne inverted in its talons.

For anyone who wants more information about this 1 oz silver coin, the team at JM Bullion is always happy to help. Call us at 800-276-6508, reach us through our online live chat, or send us an e-mail.