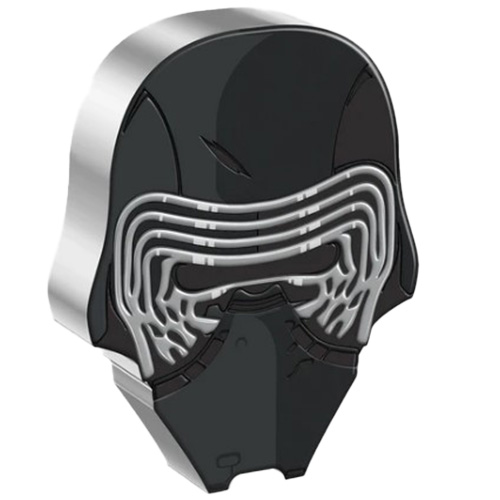 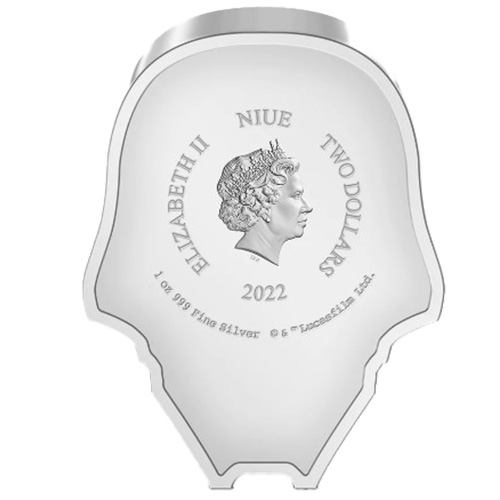 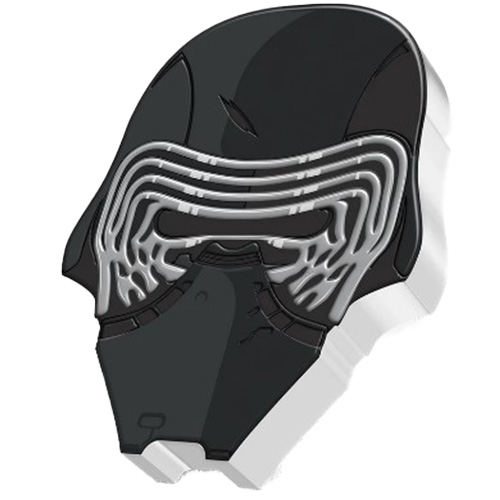 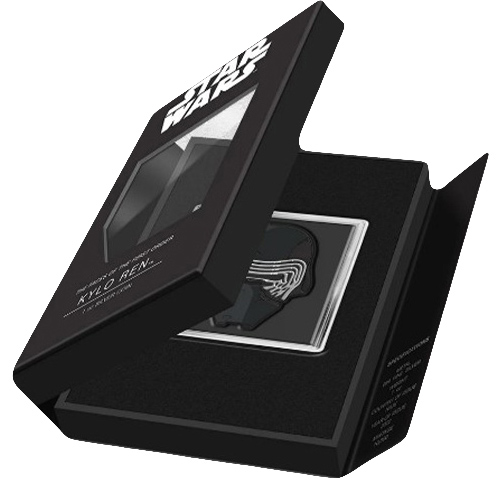 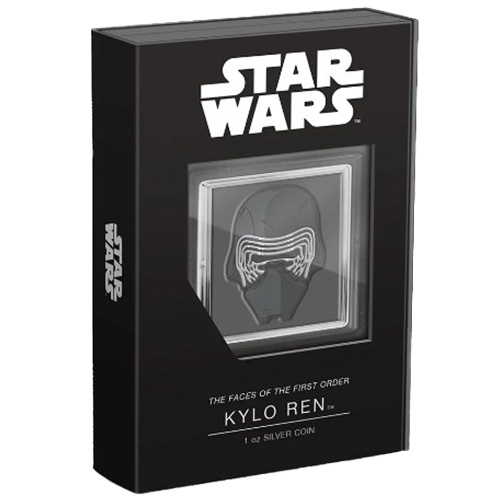 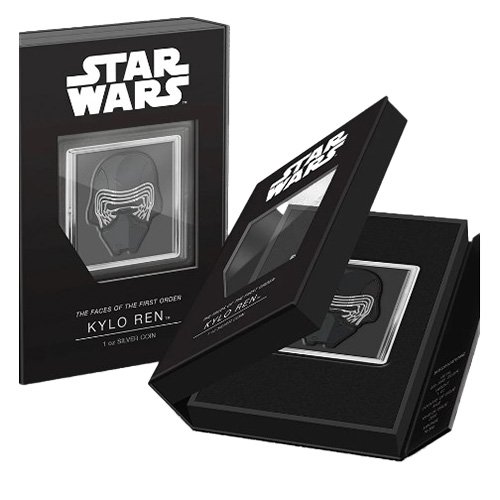 In 2015, fans of the Star Wars franchise got a long-awaited new trilogy of films. After the late 1990s and early 2000s brought about a prequel trilogy that underwhelmed many hardcore fans, the sequel trilogy introduced in 2015 was met with a much better public reception. The new series of films also introduced fans to a new generation of villains and heroes in the Star Wars universe. Right now, 2022 1 oz Niue Silver Faces of the First Order Kylo Ren Shaped Coins are available to purchase online from JM Bullion.

Each 2022 1 oz Niue Silver Faces of the First Order Kylo Ren Shaped Coin available in this listing comes to you in individual packaging. The coins are housed in custom-designed capsules with a themed outer shipper. There is a Certificate of Authenticity included, with a unique serial number printed on the box.

Kylo Ren is the primary evildoer in the sequel trilogy of the Star Wars franchise. The Supreme Leader of the First Order, Kylo Ren is royalty within the Star Wars franchise. His given name is Ben Solo, the son of Han Solo and Leia Organa. This, of course, makes Darth Vader his grandfather and Luke Skywalker his uncle. Like his grandfather, the dark side of the Force runs through his being.

Queen Elizabeth II features on the obverse side of 2022 Niue Silver Faces of the First Order Kylo Ren Shaped Coin. Her Majesty is shown here in right-profile relief wearing the Girls of Great Britain and Ireland Tiara. This iconic design was created in 1998 by Ian Rank-Broadley and was widely used across the coinage of various Commonwealth Nations, with those such as Niue still using the image today.

For the reverse design of 2022 1 oz Silver Kylo Ren Shaped Coins, you will find the black helmet worn by Kylo Ren. Like his grandfather, Kylo Ren is a tortured soul who can’t seem to completely reconcile some of his emotions with the pull of the dark side of the force. This puts his love connection with Rey at the forefront of the storyline in the sequel trilogy.