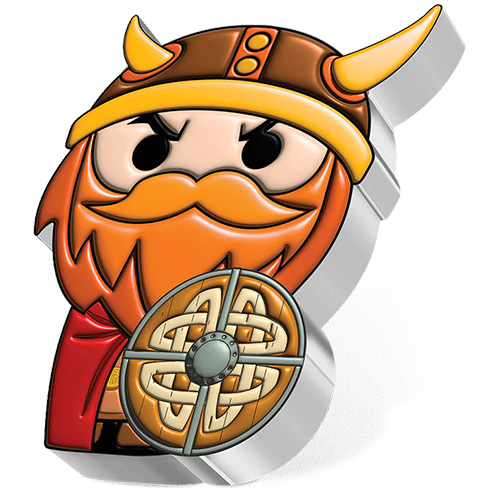 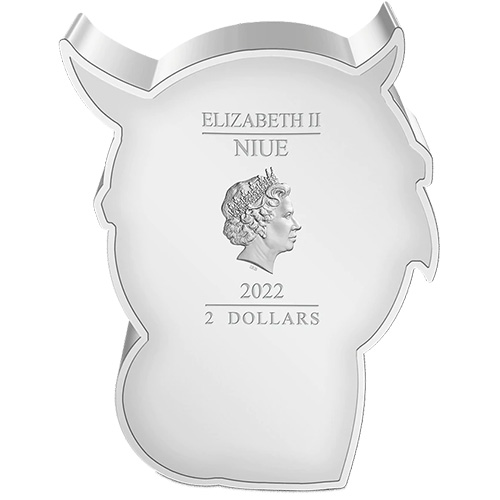 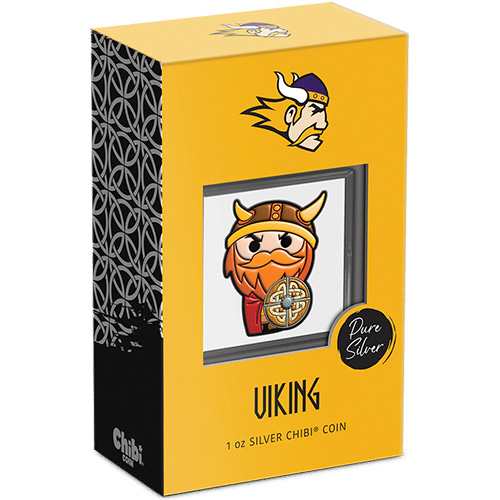 A seafaring people who ranged across Europe and even reached the shores of North America between the Eighth and Eleventh centuries, the Vikings have assumed a number of roles across the sweep of history. They were sometimes traders, sometimes settlers and explorers, but were known best as deadly raiders whose most elite combatants were the fanatical Berserkers. In all these roles the Vikings helped shape the cultures of Europe at a crucial turning point, and the 2022 1 oz Niue Silver Chibi Warriors of the World Viking Shaped Coin commemorates that history.

The legacy of the Vikings is a complicated one, but much of it revolves around their role as raiders and pillagers for centuries across wide areas of Europe. They were a group of Scandinavian peoples who identified heavily with a warlike lifestyle: independent farmers in homelands where overpopulation may have driven them to take chances abroad, they regularly produced aggressive warbands who negotiated the seas in longships to seek both land and plunder. They were named after the wordvikingr,meaning “pirate,” and were widely feared.

We get an unconventional perspective on these fearsome fighters with the New Zealand Mint’s 2022 Niue Silver Chibi Warriors of the World Viking Shaped Coin. Shipping fully-insured in a custom-designed themed box with a large window for ease of display, it comes with a Certificate of Authenticity that identifies each coin’s unique number in the mintage. Featuring brilliant color and superb craftsmanship, this exclusive listing is sure to delight both coin enthusiasts and history buffs.

The coin’s reverse side is a sculpted image of a Viking warrior with a horned helmet, bristling beard, and intricate shield. Not even the adorable Chibi caricature style can keep him from looking fierce.

The obverse side features Her Majesty, Queen Elizabeth II in an effigy that identifies it as legal tender, despite its unusual shape. The image is accompanied by the inscriptions “ELIZABETH II,” “NIUE,” “2022” and “2 DOLLARS.”

You can always contact the team at JM Bullion for more information about silver for sale. We’re available by phone at 800-276-6508, through online live chat, and via e-mail.