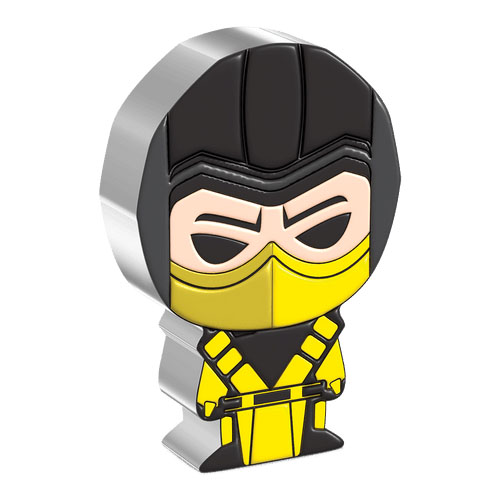 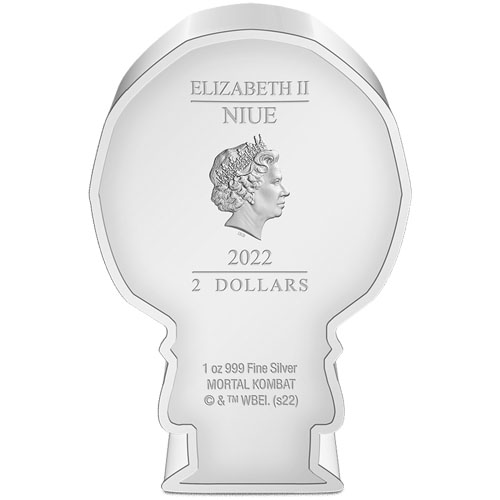 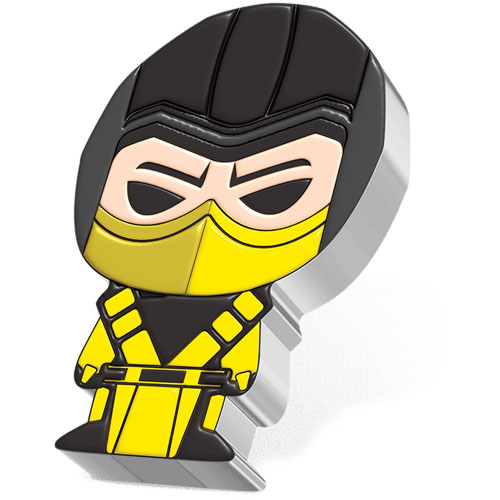 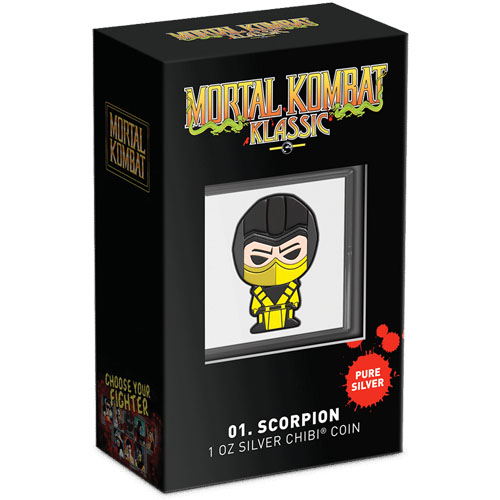 Since the arcade game Mortal Kombat made its debut in 1992, its blend of vivid characters and intense gameplay made it a durable presence in popular culture. It has outlived its many imitators to produce almost two dozen subsequent game releases and a broader media franchise complete with comic books, novels, animated and live-action television series, a stage show, and several films. One of the signature characters is the supernatural ninja Scorpion, now available as a Chibi collectible from the New Zealand Mint in the form of the 2022 1 oz Niue Silver Chibi Mortal Kombat Scorpion Coin.

The Mortal Kombat games have featured scores of characters over the years, but Scorpion has been a consistent presence in the roster since the very beginning. He has developed an in-depth backstory over the years as a revenge-driven ninja returned from the dead, but he’s best known for his classic golden outfit and for harpooning his enemies with his famous in-game catchphrase: “Get over here!”

The 2022 Niue Silver Chibi Mortal Kombat Scorpion Coin will capture the attention of fans and collectors just as surely as Scorpion captures his opponents. Sculpted in vivid color in the Chibi caricature style, this shaped coin comes in a protective acrylic capsule inside the themed box with a display window. The box features the artwork of Scorpion’s original character design, along with pictures of the other seven members of the game’s original cast, and includes a Certificate of Authenticity that gives your coin’s unique serial number.

The coin’s obverse side features a classic legal tender effigy of Her Majesty, Queen Elizabeth II. It also includes inscriptions verifying the coin’s silver content and the trademarks and copyrights of Mortal Kombat, along with Her Majesty’s name, the issuing country of Niue, the year of issue, and the coin’s face value.

The reverse side is a shaped and colored sculpture of Scorpion’s original costume. The Chibi style puts the emphasis on his yellow mask and tunic.

The team at JM Bullion is happy to provide more information about 1 oz silver coins. We’re reachable by phone at 800-276-6508, through our online live chat, or via our e-mail address.