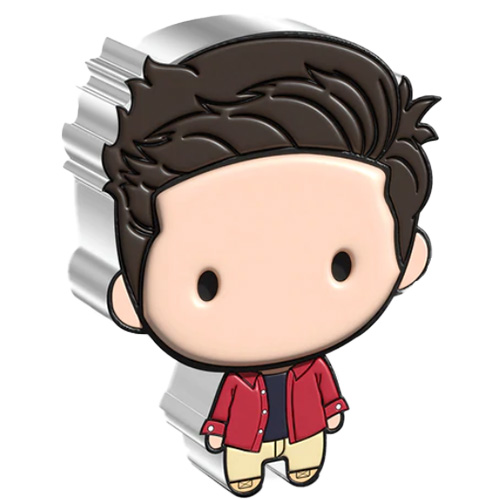 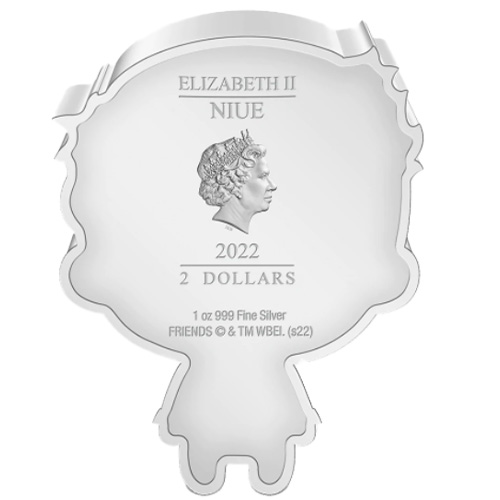 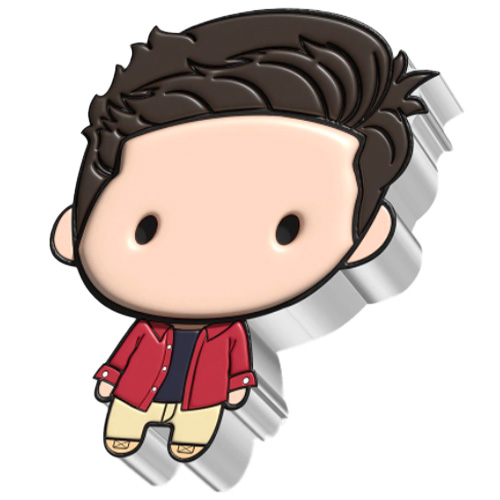 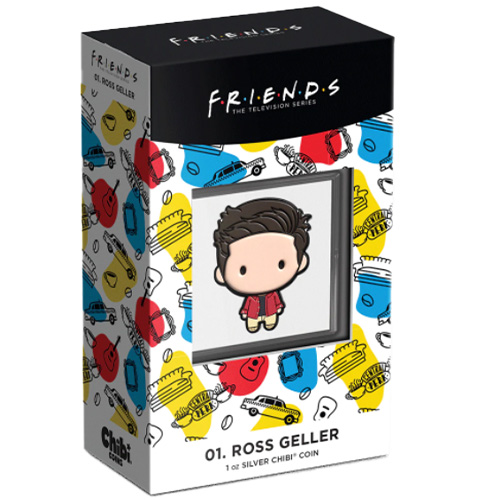 In many ways, the character who was the starting point of the sitcom Friends was the geeky Ross Geller, who was created specifically with his actor David Schwimmer in mind. He was the first to join the cast and created the neurotic and goofy lynchpin of the popular ten-season show, whose on-again-off-again romances with Rachel Green — along with his often disastrous relationships with other women — were running themes. Nominated “Best Friends Character” in an international fan poll in 2016, he’s now the subject of the 2022 1 oz Niue Silver Chibi Friends Rachel Shaped Coin.

Friends was a sitcom sensation during its lengthy run, eventually reaching the top ranks of the television ratings and collecting more than sixty Emmy Award nominations by the time its finale aired in 2004. That finale was the single most-watched episode of television in the 2000s, and a big part of what made the show such a phenomenon were the misadventures of the goofy and good-hearted Ross Geller. It all makes him a fitting subject for one of the New Zealand Mint’s pure silver Chibi collectibles.

The 2022 Niue Silver Chibi Friends Rachel Shaped Coin captures Ross in a brightly colorized, shaped sculpture using a fun Japanese-inspired caricature style. This item ships to you fully insured by the team at JM Bullion, arriving in a custom-designed display box with a Certificate of Authenticity that gives each coin’s unique number in the mintage.

The obverse side of this coin features an effigy of Queen Elizabeth II, confirming it as legal tender despite its unconventional shape. It also bears inscriptions of the regnal name, issuing country, year of issue, and face value, confirmations of the coin’s weight and silver content, and the trademark and copyright associated with Friends.

The Chibi sculpture of Ross that forms the coin’s reverse side shows him in the casual attire that was his normal costume: an unbuttoned red shirt, black T-shirt, and khakis.

Feel free to reach out for more information about this silver for sale from JM Bullion. You can phone us at 800-276-6508, send inquiries via e-mail or make use of our online live chat.