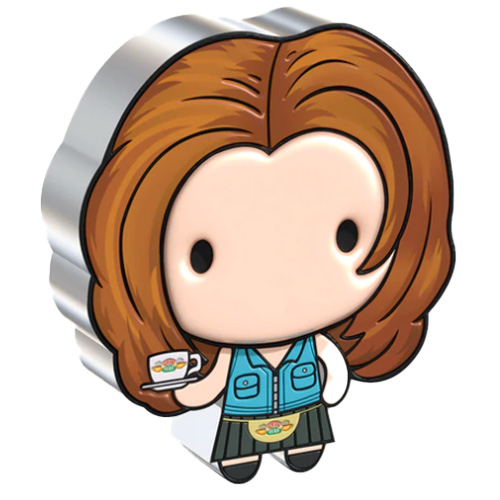 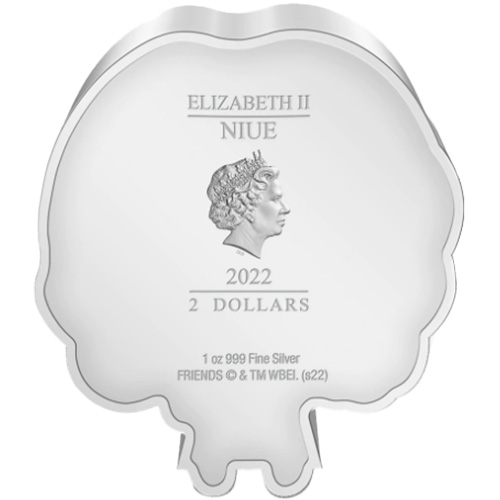 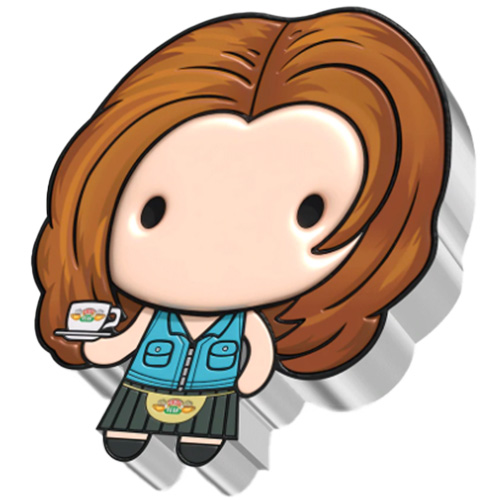 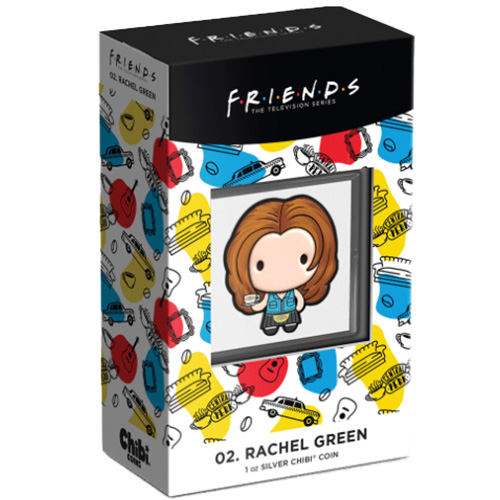 The sitcom Friends was a pop culture sensation that spanned a decade, and its six main characters were some of the most beloved fictional people ever to appear on television. The show’s breakout character and the driver of much of its early success was Rachel Green, a waitress and naive runaway bride played by Jennifer Aniston. Rachel was influential enough that her second season shag haircut became a fashion phenomenon that bore her name, and is rendered in adorable Japanese-style caricature by the 2022 1 oz Niue Silver Chibi Friends Rachel Shaped Coin, now available from JM Bullion.

The widespread popularity of Friends was visible in the scale of the audience that watched its finale in 2004, the single most-watched episode of television in any genre in the 2000s with more than 52 million viewers in America alone. The show accumulated over five dozen Emmy nominations in its ten-season run, truly hitting its stride with both critics and viewers in its second season, where the character of Rachel Green also came into her own. Rachel was a major part of the show’s recipe for success and went on to become one of the most beloved sitcom characters ever.

The 2022 Niue Silver Chibi Friends Rachel Shaped Coin is the New Zealand Mint’s celebration of this character, captured in vivid colors and pure silver with a playful caricature style. It ships in a custom-designed protective box with a large display window, along with a Certificate of Authenticity that identifies its unique number in this limited mintage. JM Bullion fully insures your shipment against loss or damage.

The coin’s obverse side carries an effigy of Queen Elizabeth II that identifies it as legal tender despite its unusual shape, along with inscriptions of the regnal name, issuing country, year of issue, and face value.

A Chibi-style sculpture of Rachel Green sporting her signature haircut comprises the coin’s reverse side. She’s wearing her early-season waitress’ uniform, complete with an apron, and carrying a cup of coffee.

The team at JM Bullion is always happy to answer your questions about our silver coins for sale. Call us at 800-276-6508, send inquiries to e-mail, or touch base at our online live chat.